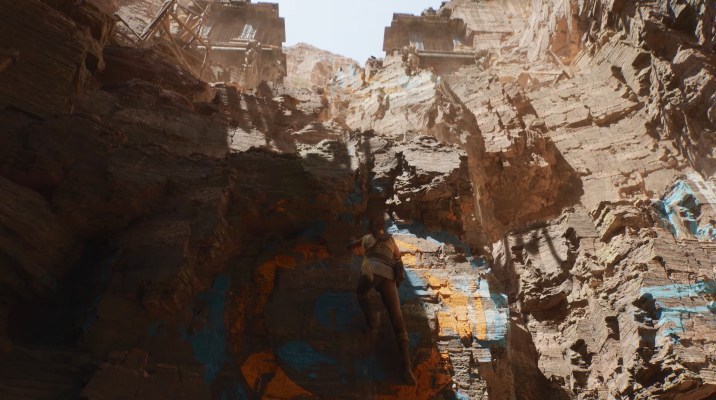 After eight years of Unreal Engine 4, Epic Games is finally ready to talk about Unreal Engine 5, which they’re announcing will launch in preview early next year with a wider launch by the year’s end.

Unreal Engine 5 is all about harnessing the performance of next-generation consoles like the PlayStation 5 and Xbox Series X. The consoles support wild resolutions and frame rates, but Epic Games CEO Tim Sweeney was most excited about how the new hardware handles data storage, something he says will lead to “state of the art performance” better than any gaming PC.

For Unreal Engine 5, the big evolution appears to be dynamic rendering, allowing developers to drop massively complex objects with millions of polygons into their games and lean on the engine to determine how intricately the object can be rendered onscreen. In the case of the PlayStation 5, that’s pretty damn intricate. Epic Games showcased the new engine running on the PS5 in a truly stunning demo.

“We’re turning scalability from a developer’s problem into our problem,” Sweeney says.

Sweeney says the demo is the representation of what happens when the polygons being rendered shrink to the size of individual pixels. “This is all the detail that you can get until you get a higher-resolution monitor, or until 8K or 16K come along,” he says.

Alongside news of the big update’s release, Epic Games has shared that Fortnite, which will unsurprisingly be leveraging Unreal Engine 5, will be a launch title on the PlayStation 5 and Xbox Series X. While the game’s cartoonish art style won’t be pushing boundaries quite as much as hyperrealistic titles like the one above, adding the next-gen consoles means more platforms on which to reign supreme.