During these strange, pandemic times, desire has entered our lives on the heels of restriction. We are learning first-hand the spiraling madness that comes from obsessing over what we can’t have, whether it be social interaction or toilet paper. And so this is the perfect time to read Hex, Rebecca Dinerstein Knight’s brisk, darkly funny second novel about an expelled Ph.D. candidate in botany whose obsession with her mentor is rivaled only by her desire to discover new ways to detoxify poisonous plants.

At its core, Hex is an exploration of the dualities that exist within people, relationships, and even plants. I spoke to Dinerstein Knight from her home in New Hampshire about this relationship between allure and toxicity, how to write fiction while screen writing, and her own obsession with devotion.

Carrie Mullins: I loved learning about botany and poisonous plants while I was reading Hex—I will never look at a potato the same way again—so I wanted to start by asking you, how did you get interested in botany? What kind of research did you do around that subject?

Rebecca Dinerstein Knight: I came to it from a really aesthetic start, which gave the book a lot of atmosphere, but also set up a challenge for me in terms of buttressing that basically visual appreciation of plant life with a scientific background that could actually support and draw it out. I am an English major and I really didn’t have the kind of background it takes to describe what’s going on inside an organism.

I first started thinking about the interchangeability of temptation and danger when I was working at a rose garden in Norway. All the plants were labeled in either Norwegian or Latin and there were berries of all kinds, many I’d never seen before. I realized that their beauty and their luster and their attractiveness not only had nothing to do with their content and their chemistry, and in many cases were explicitly misleading in terms of the ratio between beauty and threat. The shiniest and reddest berries are often the most poisonous, we know that, but the gradations there are so nebulous and I started to think about how in the world mankind ever came to navigate the infinite array of available natural resources and how we came to sort them into what is beneficial and what is harmful. That was back in 2012, so I’ve sort of been sitting on that basic curiosity for a long time.

I came back to the States and I spent a couple of years in New York, and that basic confusion between what is alluring and what is ultimately harmful came to resemble the human relationships and dynamics I saw in the City, where there is so much presentation and so much toxicity and so much betrayal. So I started working on how to combine the natural world and its pitfalls with the world of human relationships and human attraction, and that’s where it came from.

CM: It’s a really interesting dichotomy to explore and, in the book, each character couples this idea of presentation and toxicity differently.

RDK: Yes, it was a pleasure to design six characters from scratch and put them in maximum exposure to each other. It was like a math problem, and different from my first novel, which came from a trip I actually took, though it ended up being more fiction than fact. One thing I love about Nell as one of these six units is that she’s both competent and blasé about herself. She has very low vanity, and she’s willing to suffer the indignity of her own indulgence in return for the pleasure of her indulgence. In an environment where everyone is striving for more health and more productivity and more success, it was refreshing to write a character who is really not trying to prove anything or impress anyone.

CM: I also found Nell refreshing because of her straight-forward physicality. It reminded me a little of Lara Williams’ Supper Club—this willingness to embrace a woman’s unvarnished human body and desires, which we don’t see enough of. Likewise, it was a pleasant change that you chose a male character, Carlos, as Nell’s counterpoint, i.e. the character who was most concerned with his status and allure, when it’s classically women who are cast in that role.

“Supper Club” Imagines What Could Happen if Women Unleashed Their Hunger 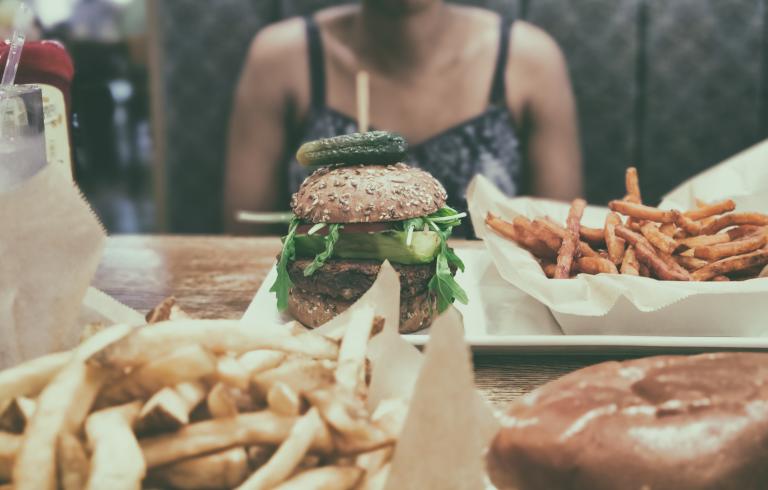 RDK: I think the complexities of male vanity are super interesting because

they often get to sneak by, and there isn’t as much of an industry built around them. But vanity is really across genders and in some cases, it’s far sneakier and punishing in men because one is perhaps less trained to recognize it immediately.

CM: I wanted to ask you how you came to the central relationship of the book, which is between Nell, a grad student, and her mentor Joan.

RDK: You know what, I just love romance. I really love devotion. I just love it when somebody loves the shit out of someone else—like one of my favorite things about George Saunders is how much he loves his wife.

I enjoy the texture of abject adoration and obviously, if requited, it gives the novel less to chew on, so I thought that if I could really dwell in the texture of that extreme love while still giving the novel the energy of the friction of a love that has to be won, it would most please me and my interests.  So I set Nell up as something of a worshipper. I wanted her excellence and her ambition as a scholar to confuse her more personal and sentimental dedication to her mentor.

In my experience, it’s so often the case that at a certain level of admiration and intellectual connection, the question of romantic connection comes up almost as a matter of course whether or not there is an actual sexual attraction, whether or not either party is available. There is almost this if/then logic system in place where if there is an intellection connection then there might be a sexual connection. I wanted to break down that logic chain a little bit because it’s so problematic and I think it leads many people astray as one becomes conflated with the other.

CM: Are there any works that have inspired you as you’ve been thinking about this more intellectual approach to romantic love?

RDK: Fleur Jaeggy’s Sweet Days of Discipline really did a lot for me while I was working on Hex. It’s a biting and sort of rigid account of two women who are brilliant and navigating how to honor each other, how to compete with each other, how to win each other over. There has historically been so much silence around when two females recognize the power in each other. There’s been such a shallow exploration of that, whereas there’s a long history of men inspiring each other and being moved by each other and creating these lasting bonds.

CM: Totally. When men are writing about women, I think the lens tends to be much more physical than the one you used. The character of Joan, for example, while she’s attractive, she’s isn’t this overtly sexual or voluptuous character.

RDK: Right, and I think demonstrating one’s force in non-voluptuous terms is going to be increasingly possible for women. I look forward to it because there is so much there.

CM: I just wanted to go back to your comment about how you thought of the book as a math problem. How did you decide on the format of the book, which is broken into shorter, individually titled chapters?

RDK: That was actually one of the founding impulses I had about the book. I wanted it in these short, named sections that moved quickly because this wasn’t a book that asked to linger or soak in one moment or mindset too long. There is a restlessness to it, an interest in moving quickly, that felt really zesty and really fun to write and true to the personality of the book.

CM: The pacing reminded me that you recently wrote a screenplay for your first novel, The Sunlit Night. Did you find a connection between those formats, or are they totally separate beasts?

RDK: It’s a great question and I’m glad you asked. I’ve never addressed this explicitly, but I think of Hex as more or less of a screenplay because I wrote it while working on the Sunlit Night screenplay. We were casting the movie while I was writing Hex but, because we wound up casting, for example, Zach Galifianakis as the Viking Chief, who had originally been a Norwegian character, I had to do pretty extensive rewrites to the screenplay while I was working on Hex. So I was really in a dialogue frame of mind and I think of Hex as operating at basically that pace. It’s really focused on dialogue, every scene changes something in the most classical film scene structure sense, and it’s way zippier in its timing than Sunlit Night was as a novel and I really enjoyed that. I’m continuing to move back and forth between prose writing and screen writing and I’m excited to adapt Hex into an actual screenplay. So it’s all very related.

CM: You wrote a book of poetry, Lofoten, as well. How does that fit in? I sort of see it as the third point on the triangle.

RDK: Yeah that’s such a nice question as well. I started with poetry—my thesis at Yale was in poetry—and in some sense, it’s the essence of my education in writing. It’s what got me interested in writing, it’s what inspired me to write, and I think that lyricism and an interest in image and romantic beauty have always been my primary focus and that continues even as I get formally very far away from verse. In some ways, screenwriting is as far structurally from poetry as you can get, and yet all three forms will include as much beauty as you want to put into them.