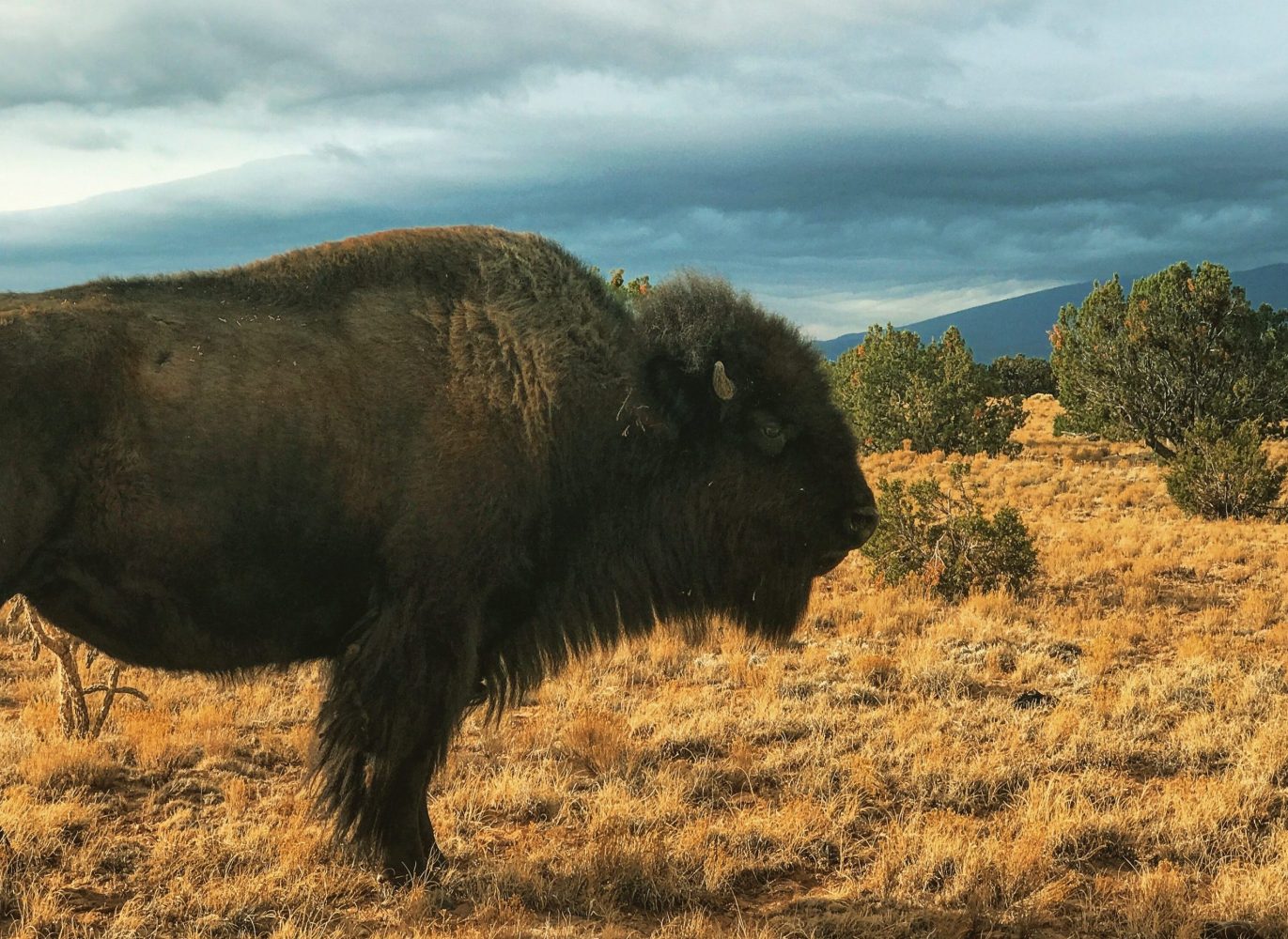 Growing up in Baltimore, my world of Westerns was replete with white cowboys. When the idea for my novel Book of the Little Axe came to me, white men filled my first imaginings. This was despite knowing that the story of Western America is much more than the circumscribed narrative of white man versus everything in his path. I had to do the work of undoing all the tropes, bad history, the stereotypes, and in developing my story, I found myself in awe of all the writers before me who found and created stories of non-whites in a West that isn’t always easy to traverse or love.

In researching my novel, I came across writings on Edward Rose, a Black man who was also a member of the Crow tribe. I learned that Rose was a guide to many of the early Western “explorers,” yet somehow he’s disappeared from most historians’ accounts of the time. Rose is featured in Book of the Little Axe where I attempt to illustrate the interconnectedness of multiple worlds and challenge how we think of the West.

I hope the 9 books I’ve chosen by Native writers and writers of color will do for you what they did for me: open you just a little to the possibility of a broader definition of what it means to be of an expansive, bountiful, multifaceted land where our stories are embraced.

The Round House by Louise Erdrich

I remember the first time reading this novel, my heart felt like it was in my throat. It’s thrilling, haunting and redemptive in the best and most vengeful way. Yes, I love revenge! Set on a reservation in North Dakota, the story is told by a thirteen-year-old Ojibwe boy whose mother has been brutally raped. Like any good Western, there are good guys and bad guys, but the good guys in this story are a family who love deeply and who find themselves impotent in the face of violence. The story grapples with the startling numbers of indigenous women who are victims of violent crimes, as well as the implications of a landmark Supreme Court case that limits prosecution of crimes committed on indigenous lands. As a lawyer myself, Erdrich taught me an additional thing or two about America’s quite fallible case law. To entertain and to teach is the novelist’s sweet spot. And Erdrich does this by giving life to a story through unforgettable characters who have big hearts.

Vivid and alarming, Rao introduces us to two girls who find themselves part of a unique friendship in Indravalli, a small village in modern-day India. If you read lots of immigrant literature, the story of two impoverished girls struggling to make it isn’t all too unfamiliar, but Rao manages to zoom in with a tight lens to show us the stifling existence of domestic life for these two very courageous girls. When the story nods toward the United States, I, like someone who forgets not to buy into the myth of America, grow hopeful. Seattle will save these girls, won’t it?! But Rao manages to both invite and destroy symbols of the American West. She wields this power with a series of twists and turns through a network of human trafficking that take us through a violent and rugged Western America, while keeping our hearts hopeful that these two girls will make it back to each other.

There is something restorative about reading Harjo’s words on Cree history and her ruminations on the intertwining lives of African and indigenous peoples. I smiled a lot while reading this memoir, not that it wasn’t heartbreaking at times, but it was as if I was remembering things I’d once known and was happy to be reminded again. “Magical realism” is what some might call Harjo’s more memorable encounters with the spiritual realm, but Harjo helps those of us who believe in an ancestral world remember our connections. She says she wishes in her writing for the “intricate and metaphorical language of my ancestors to pass through to my language, my life” and Harjo accomplishes this.

“Oh Ishmael!” is what I exclaimed after reading this book. It feels like a mad mad carnival and yet the writing is so smart and so devilish in its critique of the usual American Western narrative that you can’t help but be smitten by this story. Reed tells the story of Loop Garoo Kid, a Black man who seeks revenge on Drag Gibson, a white cattleman who murders children. The story has no regard for time or place and feels like a smoldering jazz tune that is at once joyful and raw in its riffing criticism of capitalism, colonialism, and racism. What a mind Reed must have to write such a wild jaunt! Reading it for a second time, I feel like it could’ve been written last year and I’m sorry it’s taken me so long to revisit it. But as is often the case with the best books, they find you when you need them most.

McConigley won the Pen Open Book Award for this collection, largely about South Asians living in the west. The book opens when a young Indian girl has an encounter with white boys in Wyoming who don’t seem to know or want to know the difference between her brown and any other brown. They tell her to go back to picking cotton. McConigley handles these moments with care, for her writing is both lyrical and profound. Many of the stories, rich and strange, are set in the Wyoming where McConigley spent her childhood.

Wounded is a Western in the truest sense.  Set in Wyoming, John Hunt is a Black horseman who lives with his uncle and is making a peaceful life for himself after the death of his wife. Everett offers us a twisting story of out-of-towners who come to wreak havoc, and in the face of all this, we find apathy, revenge, horses, big sky, big hearts, and lots of American-style prejudices. Hunt is a character you’ll like immediately though you might not always know why.

These stories, set in Colorado, will crush your little heart. And still you won’t want to turn away. Fajardo-Anstine’s work is gorgeous, and I found characters who, like the women in my family, heal with roots, don’t believe in coincidence, and pray in many languages. Their lives are complicated and messy and the love and tenderness between the women in these stories are a clear reflection of the love and tenderness Fajardo-Anstine put into this fine piece of work.

The Warmth of Other Suns by Isabel Wilkerson

Wilkerson’s book on America’s Great Migration is a must read for anyone interested in understanding why America looks as it does. Wilkerson details the journeys of three African Americans to New York, Illinois and California from the South, while shining a journalistic lens to the larger Black migration from the end of the Civil War into the 1970s. Having grown up in Baltimore and a frequent visitor to cities like Chicago and Oakland, I began to better appreciate the cultural landscapes of Northern and Western cities based on the migratory paths from certain locations in the Deep South, as well as to understand that like other periods of immigration, Black migration proved just as challenging. Though it is not a book set only in the West, I don’t think you can really understand any part of America without this tour de force.

My Brother Was an Aztec by Natalie Diaz

I probably don’t have to tell you this, but great poetry can offer a reader as much of a thrill as  a kick-ass novel. And Diaz is a kick-ass poet. These poems are earnest and vibrant with stanzas that produce heartbreak and sometimes even sobering laughter. Diaz writes about her brother’s addiction and the impact on her family. The lines she writes makes us want to call our loved ones, for they show us the commitments and bonds and resentments that make family, family. Diaz offers a rich palette of modern Native life, both on and off the reservation.

Growing up in the East, I knew little about how indigenous bodies are hunted by external and internal forces so much like in my own community; this hunting makes for both sad and triumphant stories. As a Black woman, these poems felt both familiar as in I know these people, but also new, as in why don’t I know all this?  I am humbled by a collection that shows us how the west can be a setting for both a people’s nadir and also a people’s healing.