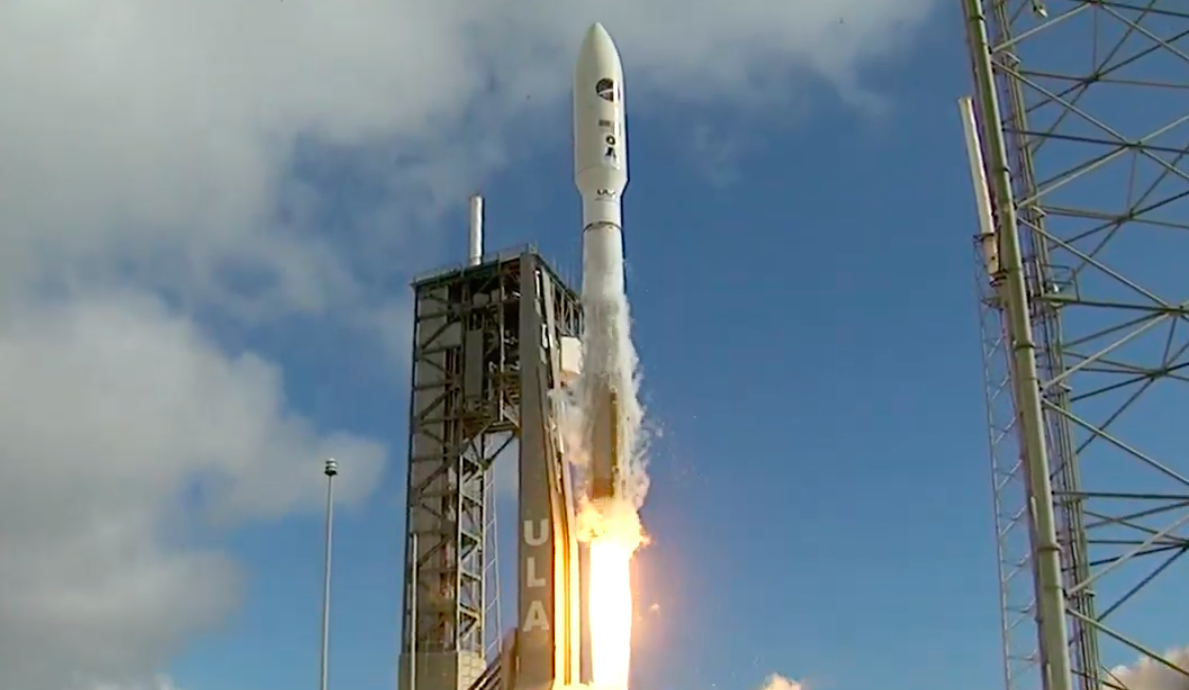 The Air Force said OTV 6 will carry more experiments than any of the previous X-37B missions.

WASHINGTON — United Launch Alliance on May 17 launched an Atlas 5 rocket carrying the U.S. Air Force X-37B spaceplane to orbit for its sixth mission. The vehicle lifted off at 09:14 AM Eastern time from Space Launch Complex-41 at Cape Canaveral Air Force Station in Florida

The launch was originally scheduled on Saturday, May 16, but was scrubbed due to ground winds.

The X-37B is an autonomous reusable spaceplane sent to low Earth orbit for long missions that can last up to two years. The aircraft that was launched on Sunday — Operational Test Vehicle 6 — carries several U.S. military and NASA science experiments. The Air Force operates two X-37B spacecraft made by Boeing.

The spaceplane is a derivative of the X-37A designed by NASA in the late 1990s to deploy from the space shuttle. The program later was transferred to the Defense Department as is now managed by the Air Force Rapid Capabilities Office.

The Air Force for a decade kept the X-37B in a cloak of secrecy but it is now openly showing it off as a symbol of U.S. space dominance. The spaceplane is featured in the U.S. Space Force’s new recruiting video unveiled May 6 by Air Force Secretary Barbara Barrett.

Barrett told reporters that the X-37B is “worthy of disclosure” and a capability with which the American public should be familiar.

The specifics of what the X-37B does in space, however, are classified. ULA only could show the first five minutes of the flight in its live webcast.

“The details of the vehicle, the mission it will do on orbit, and where it will go, all that is classified,” ULA’s CEO Tory Bruno told reporters. “We have to stop the live broadcast early so we don’t provide adversaries too much data about the flight.”

The Atlas 5 flew with a five-meter payload fairing, a single-engine upper stage and no solid rocket motors strapped to the core stage. At about 11,000 pounds and nearly 29-foot long, the X-37B is large enough that it requires a big rocket like the Atlas 5 to get to orbit but not heavy enough to need extra solid boosters.

The Air Force said OTV 6 will carry more experiments than any of the previous X-37B missions. One of the satellites is the U.S. Air Force Academy’s FalconSAT-8 with five science payloads focused on propulsion technologies. There are also NASA experiments to study the results of radiation and other space effects on materials and seeds used to grow food. A U.S. Naval Research Laboratory experiment will test the use of microwave beams to send solar power to Earth from space. The experiment will convert solar power into radio frequency microwave energy which could then be transmitted to the ground.

The chief of space operations of the U.S. Space Force Gen. John Raymond and Barrett were at Cape Canaveral to observe the launch of the mission code named USSF-7.

Raymond said during a call with reporters that the U.S. military gains valuable insights from each of the X-37B missions. “We learn a lot about the value of reusability and autonomy,” said Raymond. In its five flights the X-37B spent 2,865 days on orbit.

When the X-37B completes its mission, it autonomously cruises back to Earth and lands on a runway.