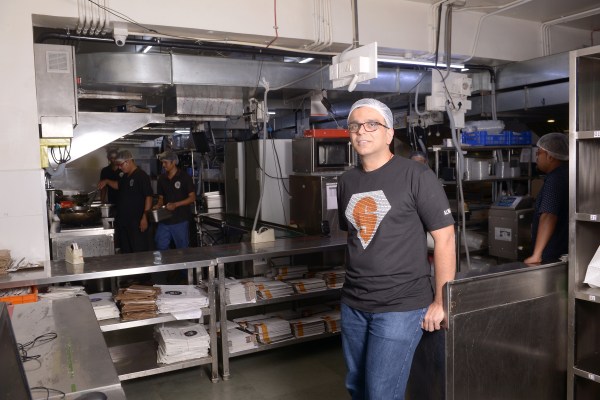 Swiggy said on Monday it is cutting 1,100 jobs and scaling down some adjacent businesses as India’s top food delivery startup looks to reduce costs to survive the coronavirus pandemic that has made people cautious about ordering food online.

In an internal email, which the Bangalore-headquartered startup published on its blog, Swiggy co-founder and chief executive Sriharsha Majety said the startup’s core food business had been ‘severely impacted.’

The startup, which employed about 8,000 people late last year, is currently processing fewer than a million orders a day on its platform, down from nearly 3 million it was handling before the outbreak, people familiar with the matter told TechCrunch.

To cut costs, Swiggy said it would be eliminating 1,100 jobs “across grades and functions in the cities and head office” over the next few days. The company, backed by Prosus Ventures, said it will provide those affected with three months of salary, with one additional month for each year they have spent at the startup.

It will also provide those being let go with medical and accident coverage until the end of the year, and counseling for mental, emotional, and financial stress throughout the same period.

“This is easily the hardest and longest deliberated decision the management team and I have been faced with over recent times. We have been fortunate to have some of the brightest missionary talent in the country join us over the last few years, and I would like to state unequivocally that this is not at all a reflection of anyone’s performance,” wrote Majety.

TechCrunch, as well as Indian newspaper Economic Times and outlet Entrackr, reported in late April that the startup was cutting about 1,000 jobs, mostly in the cloud kitchen category. Swiggy had confirmed the layoff at the time, but did not share a number.

A Swiggy spokesperson did not immediately share whether today’s announcement represents the same job cuts. A person familiar with the matter told TechCrunch today that Monday’s 1,100 job cuts primarily affect those in non-cloud kitchen parts of the business.

Monday’s announcement follows a similar move by Zomato, the No. 2 food delivery startup in India which said last week it was reducing its global workforce by 13%, or about 520 people.

Swiggy’s Majety said the company was “choosing to scale down or shut down adjacent businesses that are either going to be highly volatile or will not be highly relevant for the next 18 months.” One of those businesses is cloud kitchens — an area Swiggy has focused on for more than two years, and seemingly doubled down just last quarter.

Late last year, Swiggy executives said they had established 1,000 cloud kitchens for its restaurant partners in the country — more than any of its local rivals. The startup said it had invested in more than a million square feet of real estate space across 14 cities in the country in the last two years.

“Since the onset of Covid, we have already begun the process of shutting down our kitchen facilities temporarily or permanently, depending on their outlook and profitability profile. We are already operating at significantly lower levels on our staffing and physical infra than our earlier footprint, and will continue to optimize before we get more clarity on order volumes for food delivery,” wrote Majety.

Swiggy and Zomato, that have formed duopoly in India’s food delivery business, are currently in talks to raise additional capital as part of their ongoing financing rounds. In recent weeks they have also started to deliver grocery items to spur demand.

Several industries, especially travel and hospitality, have also been severely hit as people follow the New Delhi’s stay-at-home order. Oyo, a startup valued at $10 billion, said last month it was placing thousands of employees on leave and furloughs for up to three months in the U.S. and several other markets as its revenue dropped by more than 60% in recent months.

Ixigo, a 13-year-old travel and hotel booking service, said late April it was cutting the salary of its entire staff. MakeMyTrip, another travel and stay booking service, announced in the same month that it was also cutting the salary of its top management level across the company. This week, MakeMyTrip announced it was entering the food delivery business.