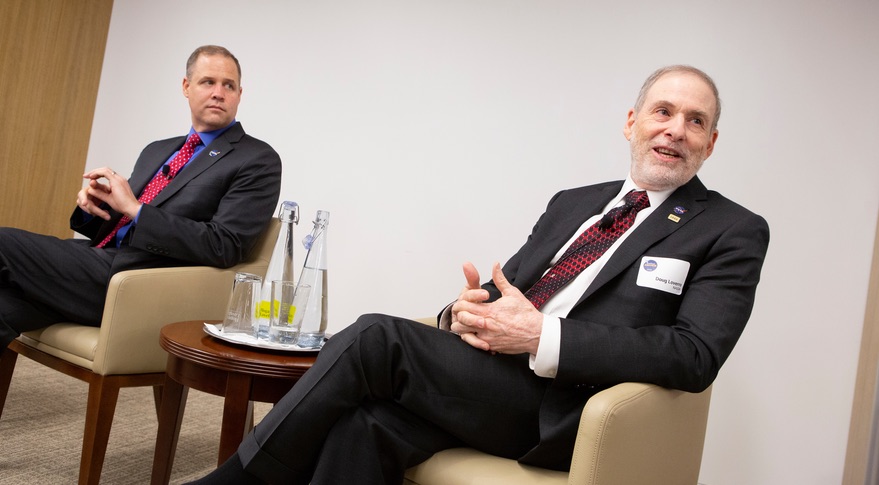 WASHINGTON — Doug Loverro, the NASA official responsible for human spaceflight programs, left the agency May 18 after less than six months on the job.

In a May 19 statement, NASA said that Loverro resigned from his position as associate administrator for human exploration and operations effective May 18. Ken Bowersox, Loverro’s deputy, will serve as acting associate administrator. A NASA spokesperson did not immediately respond to questions about the reasons for Loverro’s resignation, but industry sources say that Loverro and Bridenstine disagreed over aspects of the exploration program.

The announcement took the space community by surprise. Loverro gave no indication of a pending departure from the agency during a meeting of the NASA Advisory Council’s human exploration and operations committee May 13 and 14. NASA Administrator Jim Bridenstine also did not mention it during a meeting of the National Space Council May 19, with Bridenstine participating by video from the Johnson Space Center.

“The risks we take, whether technical, political, or personal, all have potential consequences if we judge them incorrectly. I took such a risk earlier in the year because I judged it necessary to fulfill our mission,” Loverro wrote in an May 19 “all hands” email to NASA employees. “Now, over the balance of time, it is clear that I made a mistake in that choice for which I alone must bear the consequences.” He did not elaborate on what that “mistake” was.

NASA announced last October that it was hiring Loverro to that the position that had been held for years by Bill Gerstenmaier. NASA reassigned Gerstenmaier to a special adviser position in July because agency leadership was dissatisfied with the pace of development of exploration systems needed to meet the White House’s goal of a 2024 lunar landing.

Loverro came to NASA after a long career in national security space. From 2013 until his retirement in 2017 he served as deputy assistant secretary of defense for space policy. Before that, he was executive director of the Air Force’s Space and Missile Systems Center and deputy program executive officer for space.

In a SpaceNews interview in December, shortly after starting work at NASA, Loverro said Bridenstine approached him about the job. “I mean, it’s the dream of a lifetime,” he said of the job, saying he was inspired to pursue a career in space by the Space Race in the 1960s. “How can anybody who cares anything about space not go ahead and jump at the opportunity to put women and men back on the moon?”

Loverro started work at NASA at the beginning of December, and announced he would be reviewing the programs under his portfolio, in particular exploration programs like the Space Launch System and Orion, in order to understand their schedule. “We will not get to the moon successfully unless we can look ourselves in the mirror and tell ourselves the truth about where we are, what we’re doing, what our issues are and what strong actions we need to take to solve them,” he said in the December interview.

At the end of April, NASA announced the award of lunar lander contracts to Blue Origin, Dynetics and SpaceX, allowing them to mature their designs over the next 10 months before selecting one or more to proceed into full development. “Let’s make no mistake about it: We are now on our way,” Loverro said at the announcement of the awards. “There are no more puzzle pieces to add. We’ve got all the pieces we need.”

Loverro defended the agency’s plans at a May 13 meeting of the NASA Advisory Council committee. “I believe it’s absolutely possible for us to do so,” he said of the 2024 goal of landing astronauts on the moon, despite skepticism from some committee members.

Loverro was scheduled to chair a flight readiness review for the SpaceX Demo-2 commercial crew mission May 21, one of the final milestones before the mission’s scheduled May 27 launch. That review, and the launch, will continue as scheduled, NASA said.

The latest shakeup returns Bowersox, a former astronaut, to the role of acting associate administrator. He served in that capacity from the time Gerstenmaier was reassigned last July to when Loverro started at the beginning of December.