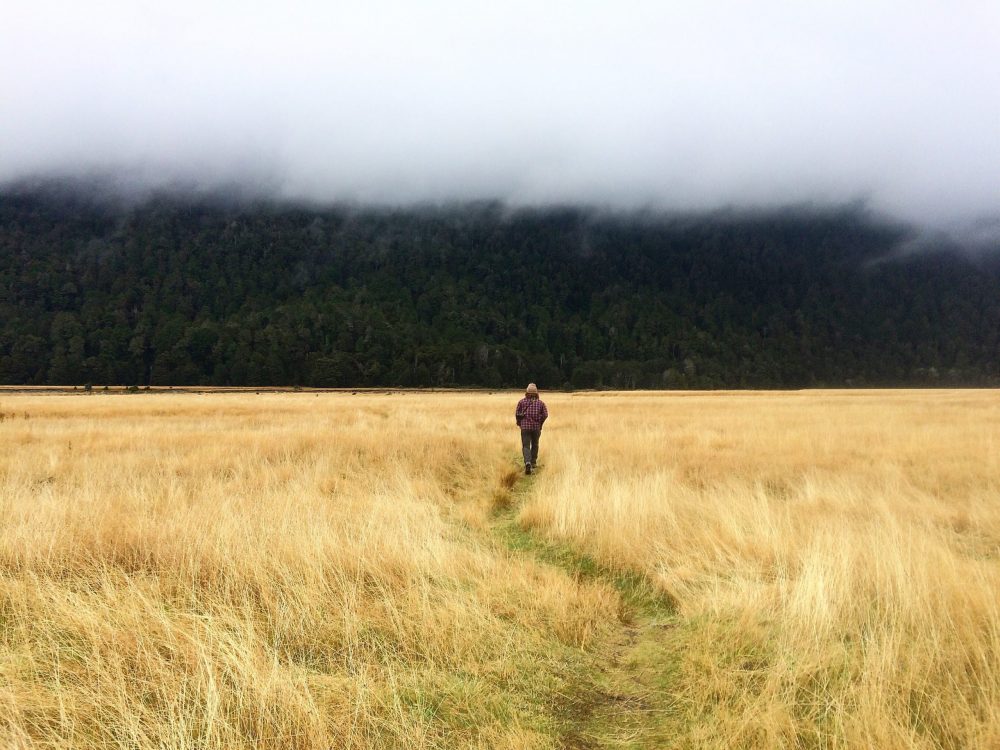 Genevieve Hudson has already made a name for themself with their short fiction, which appears in McSweeney’s, Catapult, Joyland, and No Tokens, to name a few, as well as in their 2018 story collection Pretend We Live Here (Future Tense Books). Hudson’s prose has an almost mystical quality, often blending magical realism, unbridled imagination, and tender characters with a dazzling talent for crafting sentences that tremor through the body of the reader.

Hudson’s debut novel Boys of Alabama feels like a natural new summit for this writer on the rise. The book follows Max, a German teenager who moves to Alabama for his father’s car manufacturing job. Grieving the loss of his first love, Max befriends a goth, witchy, gender-nonconforming classmate named Pan. At the same time, he joins the football team and gets swept into the fray of an evangelical Christian politician, the father of a teammate, whose dark ambition has far-reaching consequences. As Max’s world both expands and narrows, the plot heats up like an Alabama summer, culminating in a clash of love and violence that can safely be described as stunning. Oh yeah, and did I mention that Max has the power to bring dead animals back to life?

Reckoning with queerness, desire, masculinity, whiteness, and trauma, Boys of Alabama is an utterly unique and gripping novel from first page to last. I sat down with Hudson to talk about boyhood, magic, queer people expanding each other’s worlds, and writing in the voice of a European immigrant to the American South.

Sarah Neilson: What drew you to write a story that, in many ways, is about boyhood? How is this a story about boyhood, and what is boyhood to you?

Genevieve Hudson: Growing up in Alabama, I was really drawn to the boys, the idea of being a boy. I was pretty captivated by masculinity, and especially masculinity as it’s presented in boyishness. It’s interesting because in a lot of ways, as a queer adult, I’m really critical of straight men or cisgender men or men that hold a lot of power in our society. But at the same time, as a young person especially, I was really captivated by it and drawn to wanting to be a boy in a lot of ways.

A lot of my friends were boys. The people that influenced me the most when I was a kid [was] this group of friends that I skated with and hung out with, and I think in a lot of ways they shaped my idea of how I thought about boys, [and] how I thought about myself. That really stuck with me. When I think about childhood, I often think of it as a boyhood in some ways. So I think that writing the story about boys was also a way of me parsing out that time in my life when so many of my friendships were with people who presented that way. And also trying to understand what masculinity meant in the place that I grew up in.

SN: That ties directly into the ways in which the main character Max’s idea of what boyhood is expands, especially as he befriends Pan. In what ways do you think queer and gender nonconforming people have to expand each other’s worlds, especially when it comes to possibility around gender? Was that something you knew you want to write about?

GH: [That is] definitely an idea that I returned to and think about, just as a person in the world and somebody who’s navigating my thinking through stories as I’m writing. As a queer person, my ideas of gender are always being challenged. I think that as a kid, I was just saying I really identified with these boys, but I did feel like a girl in a lot of ways too—but not the kind of girl that I saw represented around me.

I had to grow into and understand and expand my definition of [gender], because did it fit me? I think sometimes we don’t even know what’s possible or we can’t conceive of what’s possible until we see it come to life in front of us, which is a reason why representation is so important. Max had this one idea of what boyhood was and it looked a little bit more like these football boys, or like the boys he knew in Germany. But then here was Pan who made [Max] think of what could be possible.

I’ve also had that experience of meeting somebody who changed my idea of what was possible in gender and that was a really powerful moment for me. To see that this way of living and this way presenting, is also a way of being in the world and a way of being that I connect to, and [it was] inside of me, but I didn’t have access to until I saw it.

SN: How are queerness and tenderness in the book linked for you, or how are they not linked?

In Praise of Tender Masculinity, the New Non-Toxic Way to Be a Man

Our favorite book and movie characters exemplify tenderness, the antidote to machismo 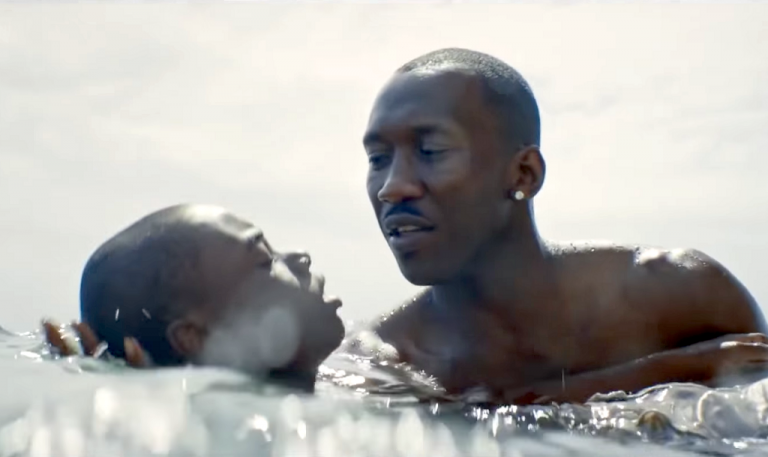 GH: Max is navigating these first moments of desire and connection with boys. I mean he’s had this experience before but in this moment in his life he’s navigating this and coming to terms with it, and sometimes not even really allowing himself to admit that he wants it. I think that kind of desire and want can often give way to a kind of tenderness and desire that has a sweetness in it, and a yearning. But then it can press up against a hard reality of what you think is possible, your expectations, who you thought you were before, what other people might think of you. That tender-hearted want… is quickly confronted with the cold hard metal reality of the world you live in and what you think you’re entitled to, or allowed to have in that world. I know that I struggled, in those early moments, with a tender want versus a shame or a hardness, or whatever else is bundled up in that knotted situation.

SN: Max is from Germany, and English is his second language. That results in this halting syntax and ultra-observant voice that comes from someone who’s trying to assimilate into a new place. Can you talk about writing from inside someone who is from Europe and living in the American South? Or why you decided to write a character from Germany in the South and then how you went about crafting the language around that?

GH: In the town where I grew up, there actually is a Mercedes Benz plant really close by. There would be these German people that would crop up in different parts of the community, which is notable because it’s not an international city. Although the city I’m writing about it is not the city I grew up in, it’s similar in a lot of ways. [What must it have been like to], as a child, [come] to America? America is this vast place and people around the world have a lot of ideas of what it means to be in American. It was interesting to me to [think about] coming to America, and the America you come to is this kind of Gothic Southern landscape.

I also lived in the Netherlands for five years and I had a Dutch partner who I would bring to the South with me. Living in the Netherlands, I had a lot of conversations about the South with Dutch people and often German people who had visited this South. Seeing through this other lens gave it this “stranger in a strange land” opportunity for me. I could really look at some of the violence and the peculiarity and the singularities of what happens in Southern culture through an extra layer of defamiliarization.

SN: In so many ways (that Max himself observes), Alabama is vastly different from Germany, but a pivotal point in the story comes when one very potent similarity is brought to light, namely the ways in which people have been persecuted at the hands of white people in both places. There’s a moment where Pan talks about being able to feel the evil in the place, but Max doesn’t feel it. He felt it in Germany, but it was something he didn’t want to look at. That is so telling about inherited violence. I’m wondering what that moment means to you—how do you see that as shaping Max’s character, Pan’s character, and the story as a whole?

GH: That was something that I really felt was important to recognize in this book, is whiteness. I mean the South obviously has such a legacy of racism and structural racism and violence. I am very interested in how violence lives in the body of people that have done horrible and unspeakable things, and gets transferred silently through generations. And how that violence to can even live in the land and hold the memory of the trauma that happens there. And how white people, even if they try to suppress these memories and turn away from certain kinds of confrontation with that history, something about that violence is still there, within the lands and in their bodies.

It’s inescapable, and living and existing in a landscape that holds that trauma affects and harms everybody that’s a part of it. It’s perpetuated by whiteness, so it was important for me to name that as something that exists in Alabama and how different white people are reckoning with or ignoring that, and if they’re ignoring it, how you see it come out in the small moments of violence that happen in the everyday mundane aspects of their lives. [There is] that parallel to Germany too, and Max, as a white person there, it’s also dealing with his own legacy of violence.

[I wanted to explore] the positioning between these two disparate cultures, but how two different people are confronting their own responsibility in the history of racism and genocide that white people inflicted.

SN: You mentioned people carrying that in their bodies, and I wanted to ask you about the corporeal aspects of the book. The characters are carrying so many things in their bodies. How do you approach writing the body, especially in fiction?

GH: I think that looking at the body as a register for what is going on in the mind or any emotional body [is important]. [The] physical body tells you a lot about what’s going on emotionally for characters, even when it’s not a part of their emotions that they can necessarily access with the language. They feel it. For Max, this power that he has to give life back to plants and animals is also, in some ways, an irony. Because he’s looking for something to be able to heal him or for something to be able to save him. And yet he holds in his own body this profound ability to heal. But he’s looking for all these external sources that could make him feel whole or alive, or make him feel like he is redeemed in some way.

[There is also] a desire for the physical body to be in communion with the divine in some way. I found it important to look at and explore the different ways that we use our bodies to transcend or access different parts of our mind and our desires. And those two seem to be always a little bit in conversation.