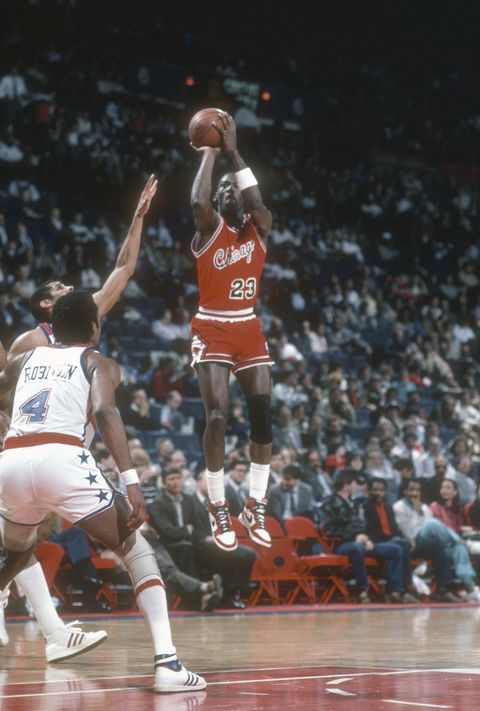 When ESPN premiered The Last Dance in April, the 10-part series on Michael Jordan’s final season with the Chicago Bulls hit the ratings jackpot, becoming the most-watched documentary on the network. Its final two episodes aired Sunday.

Nearly two decades have passed since Jordan’s retirement from the NBA, yet he’s as popular as ever—and very wealthy. With a net worth of $2 billion, Jordan is the richest former professional athlete in the world and the fourth richest African-American, behind only Oprah, Robert F. Smith, and David Steward.

Good investments are at the root of his wealth (case in point, his purchase of the Charlotte Hornets 2010) but major credit also goes to the life-changing decision he made back in 1984, when Nike came to him with an unprecedented, first-of-its-kind endorsement deal: to design his own line of basketball shoes.

Today, that Air Jordan brand generates nearly $3 billion a year for Nike and its outsize and continued success has laid the groundwork for all the other athlete sponsorships that have tried to copy its model.

Air Jordans are unique for their immense popularity and staying power even after all these years—which is why they’re a long-term investment as worthy as Hermes Birkins and Rolex watches.

A pair of Air Jordans worn by Michael Jordan in 1985 went up for sale at Sotheby’s last week and fetched half a million dollars.

Consider a pair of autographed Air Jordan 1s the basketball star wore in 1985, which went on the auction block at Sotheby’s last week. The online sale, which ended Sunday, was estimated to bring in $150,000. It sold for $560,000, breaking the world auction record for sneakers.

Sotheby’s saw a timely opportunity with the popularity of The Last Dance, as well as with the immense success of its sale of rare sneakers with Stadium Goods last summer. “Sneakers have become an important part of our global culture, and the market has responded to it. Over the last decade, we’ve seen an explosion in the importance of luxury objects as collectibles, and collectors more accustomed to traditional categories at Sotheby’s are taking notice,” says Brahm Wachter, Sotheby’s Director of eCommerce Development.

Sneaker resale sites such as StockX and GOAT reported a spike in sales after the ESPN documentary’s debut but Air Jordans’ value has been steadily—and dependably—rising for years.

“When it comes to long-term sneaker prices, Jordans tend to appreciate over time,” says Jesse Einhorn, senior economist at StockX. “More than 80 percent of the Jordans in our marketplace have increased in value over the last year, a dozen models have appreciated more than $500, more than a hundred have at least doubled in resale value, and the average top-selling Jordan has seen it’s resale price rise 27 percent.”

Plus, the majority of StockX customers are too young to have been Michael Jordan fans during his NBA career but Air Jordan is still the top-selling brand—another testament to its long-term potential.

“Michael Jordan, and the brand that bears his name, has attained mythic status in American culture—one that transcends the particulars of his on-court heroics,” Einhorn says.

Leena Kim
Assistant Editor
Leena Kim is an assistant editor at Town & Country, where she writes about travel, weddings, arts, and culture.

This content is created and maintained by a third party, and imported onto this page to help users provide their email addresses. You may be able to find more information about this and similar content at piano.io

Croma ‘Constitution of Joy’ 2023 Sale: Best Deals on Apple Products
Surprising heat transfer behaviour seen in new semiconductor under pressure
12 Books About Coming of Age as an Asian American
Evan Williams on The Way Home: “Prepare for All of Your Expectations to be Flipped Upside Down”
South Korea picks Vega C to launch satellite grounded by Russian sanctions