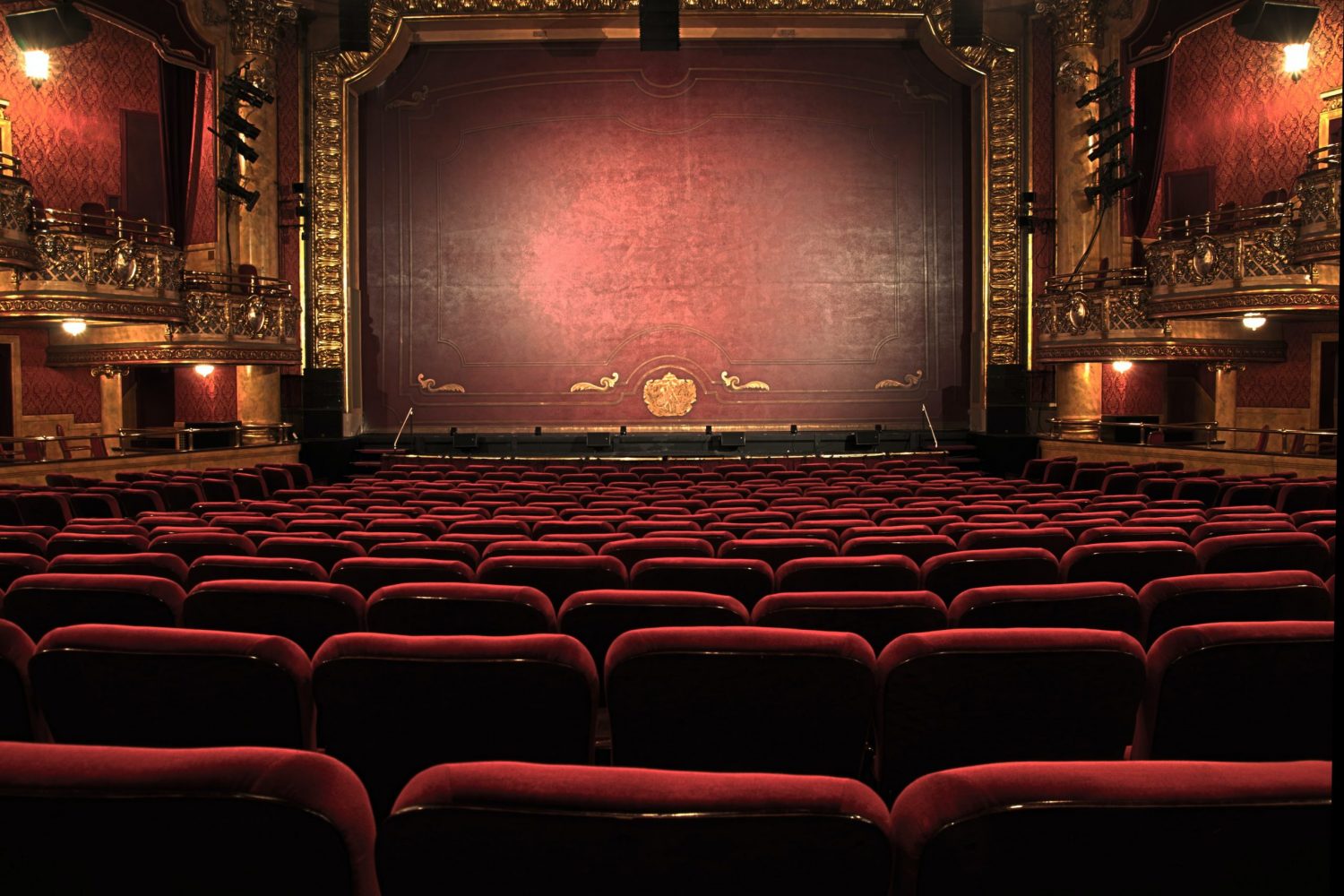 Right now, Broadway houses, high school auditoriums, community theaters, and regional concert halls are hollow and quiet. Who knows when these performances will be able to come back? The very nature of drama makes this difficult: performances are communal experiences, shared between the surrounding audience, the tech crew and orchestra, the performers, and of course, your own imagination. When so much of life has vanished in the last several weeks, I’ve been incredibly grateful for books. The hours I spend in someone else’s imagination have been salvation. But as a theater lover, I miss the shows.

Even while the theaters are closed, there are still ways to enjoy the art form. In my new book, A Tender Thing, the main character Eleanor falls in love with musicals from afar. She listens to cast recordings and reads the scripts for years before ever taking the train to New York, to audition for a Broadway musical. I chose to set the book in 1958 because of the transgressive and brave musical theater writing happening at the time—a tradition that persists today. Musicals, with their dance numbers and glittery costumes, often examine complicated themes under a pretty varnish. A Tender Thing focuses on one such musical, but it’s in company with dozens of others.

It shouldn’t be a surprise, then, that many musical theater writers look to literature for inspiration. Some are obvious, huge hits with recognizable names: Les Miserables, Wicked, or The Color Purple. But there are many others whose musical counterparts are diamonds in the rough, or don’t share a title.

I’ve put together a list here of musicals and their literary counterparts. I love listening to how a musician imagined the works of great writers, and to hear the story in another way—sometimes a very different way. Each of these interpretations brought something new to their source material.

Cabaret, based on Goodbye to Berlin by Christopher Isherwood

One of the most famous musicals, and also a 1972 Oscar-winning film, is based on the story Goodbye to Berlin by Christopher Isherwood. Set in a seedy cabaret during the Weimar Republic, its depiction of a society melting down is harrowing. The film and stage production interpret the source material differently—if you’re not one for characters breaking into song, I recommend the film, where the characters only sing when performing in the cabaret. With a fantastic score and choreography, this dark musical is great in its own right.

Natasha, Pierre, and the Great Comet of 1812, based on War and Peace by Leo Tolstoy

This musical presents a tight 70-page selection of War and Peace, which is probably the only way to adapt War and Peace into a musical. It focuses on Natasha’s affair with Anatole, and Pierre’s search for meaning. It’s delightful, surprisingly funny, and moving, with a fantastic cast recording. If you aren’t in the mood to tackle the tome during quarantine, perhaps the musical will do? Somehow they manage to help you keep all the characters straight!

Based on a book by the writer of It’s Kind of a Funny Story, this musical follows Jeremy, a social outcast high school student who discovers a pill that will tell the user what to do and say to be cool. A chill pill, if you will. It’s delightful and sad, and Vizzini has a knack for writing about feeling lonely, and true friendship.

Man of La Mancha, based on Don Quixote by Miguel de Cervantes

One of the most iconic works of musical theatre, including the standard “The Impossible Dream,” this work is not a true adaptation of the 1615 classic. In the musical, Cervantes is a character, and he’s just been arrested. In the courtroom, he asks to tell a story as his defense, and transforms himself into Don Quixote. The musical follows a few hours of Quixote’s life.

This romantic novel about a three-day affair was on the New York Times bestseller list for 164 weeks. But while the source material is a bit thin and maudlin, Brown’s composing skills lend real stakes and desire to the moments here. The cast recording is beautiful.

Fun Home, based on Fun Home by Alison Bechdel

If you love Bechdel’s sharp and evocative graphic memoir, you must check out the musical adaptation. This work, the very first on Broadway with an all-women creative team, captures the heart of Bechdel’s story of growing up, coming out, and struggling with parental expectations. Told by three Alisons—child, college student, and adult—you’re taken through the life of the MacArthur-winning cartoonist as she grows up in a funeral home with a closeted father.

Ragtime, based on Ragtime by E. L. Doctorow

This musical mixes Broadway sweep with ragtime music, and splays out Doctorow’s dozens of characters, and real historical figures, onto an enormous canvas of the early 1900s. The 1998 cast recording features incredible performers like Audra MacDonald, Brian Stokes Mitchell, Marin Mazzie, and even a child Lea Michele. This is a prime example of music deepening already great material. It’s a truly gorgeous show.

Rebecca, based on Rebecca by Daphne De Maurier

One of my favorite books of all time, I was thrilled when I found out this was going to be a musical. Until… it wasn’t. With $1 million in advance ticket sales, this show looked like a hit waiting to happen. But in true De Maurier style, something was afoot. It turned out that four of the major investors in the show … did not exist! When it came time to pay up, the main investor reportedly “dropped dead.” After some investigation, all four vanished into a pile of fabricated email addresses and false receipts. A ghost story meets The Producers.