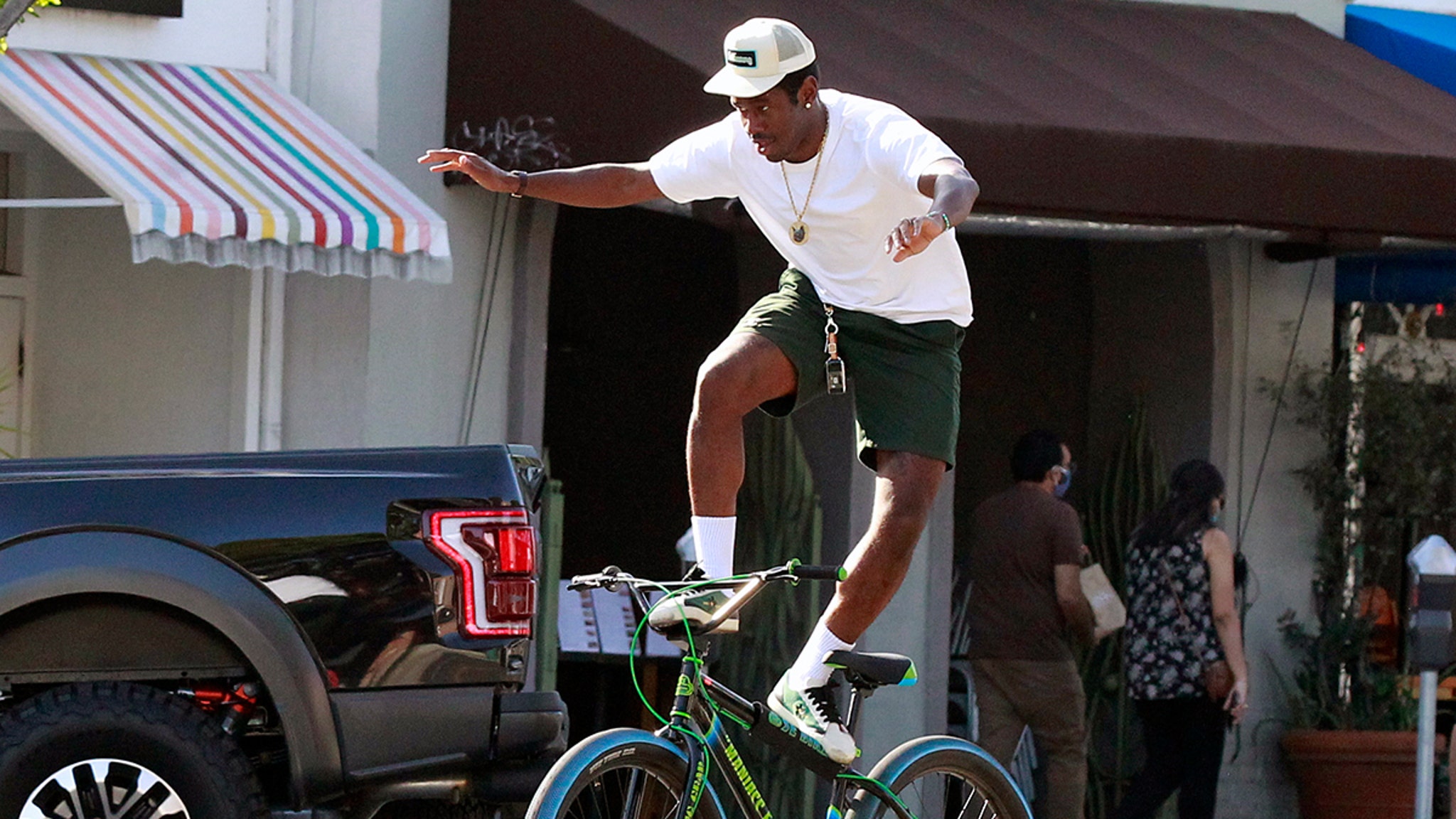 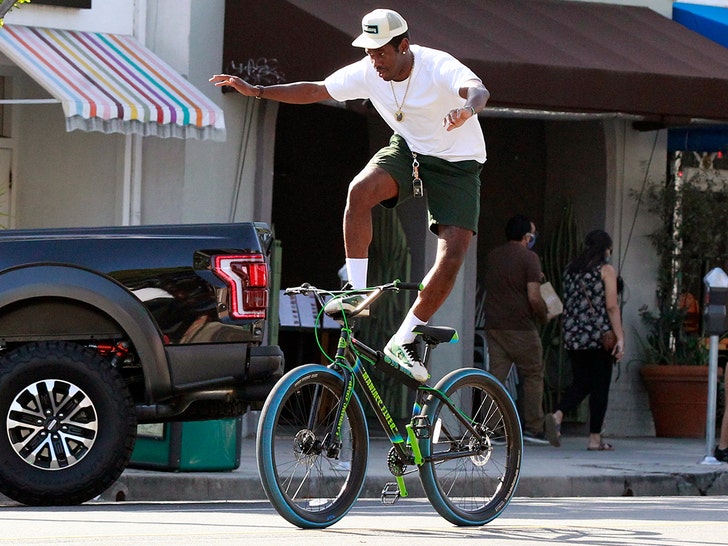 Tyler the Creator looks more like Tyler the Cheese Grater these days — ’cause the guy can seriously shred … and he doesn’t even have to be in the water to do it.

Here’s the rapper/producer out in L.A. this week getting his bike ride on with some nifty circus-like tricks to spice it up a bit. The dude hopped up on his two-wheeler and balanced himself on the handlebars and crossbar … and looked just like a land version of a surfer.

It appears he was up there for a solid few seconds or so while the bicycle was in motion — so it definitely seems he’s had some practice with this stunt. BTW, the whole thing was social distance-friendly … no one else around him, just a guy and his bike. Well done. 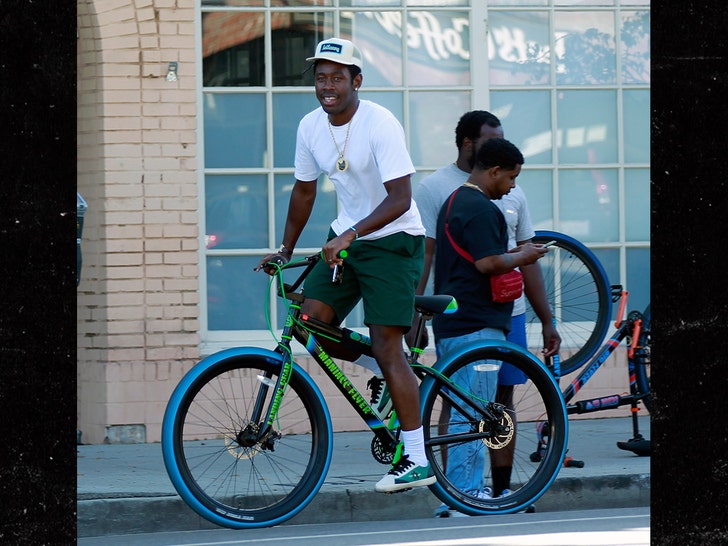 In other TTC news … the dude just hit his one-year anniversary for his Grammy-winning album, “IGOR,” and even dropped a new song from the hard copy version to appease fans eagerly awaiting his next project. He’s also got a new clothing line with Levi’s.

All the more reason to jump up and celebrate … on a bike, or elsewhere. Congrats, man.