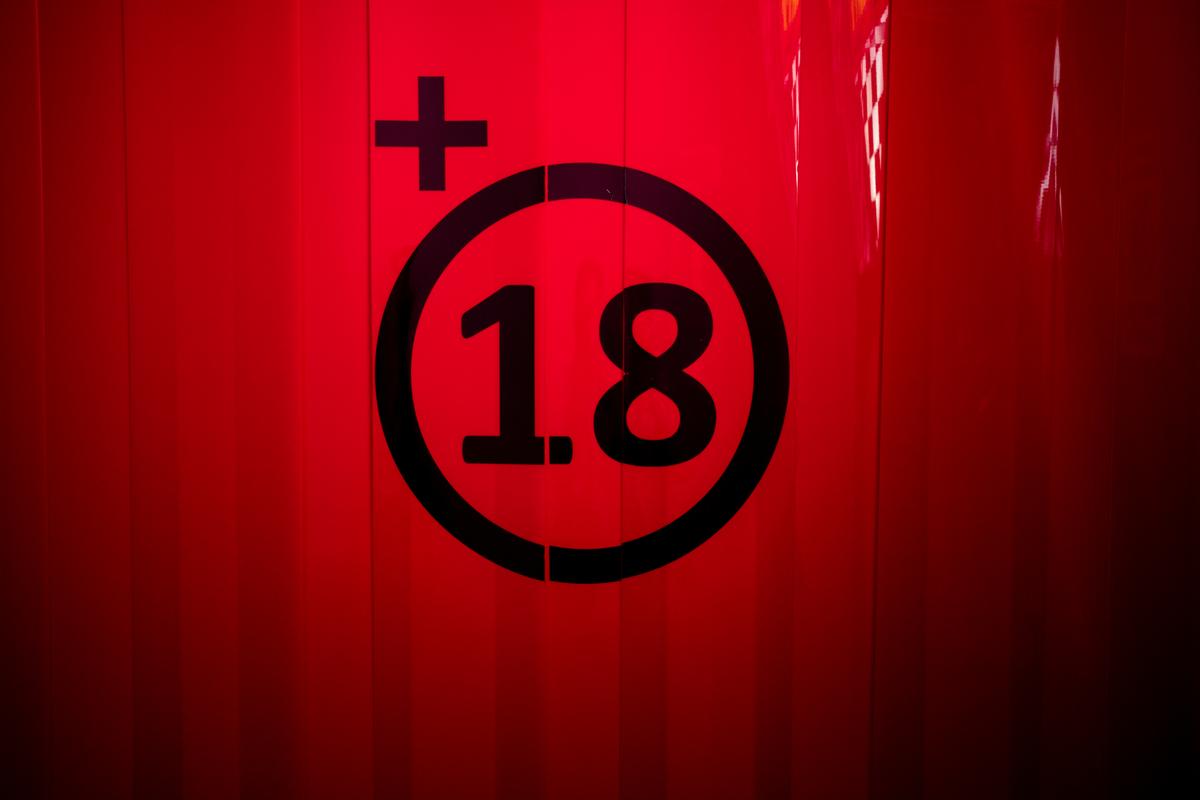 BANGKOK (Reuters) – The black leather party masks that performers May and Som wear for their fetish shows in Bangkok are definitely not the sort to stop the coronavirus.

An 18+ sign is seen inside the Patpong museum at the nightlife and sex trade district, during the coronavirus disease (COVID-19) outbreak in Bangkok, Thailand, May 26, 2020. REUTERS/Athit Perawongmetha

Behind closed doors, they practise for the day when health restrictions are lifted and tourists return, but they have no idea when and worry that the city’s infamous Patpong red-light district could be very different by then.

“This kind of place will be the last to reopen,” said May 31. Like Som, she goes only by her Thai nickname.

“Even when it does reopen, customers will be worried about their safety,” she said at the BarBar club on Patpong’s Soi 2 street. BarBar and other clubs such as “Bada Bing” and “Fresh Boys” are shuttered and the nights are largely silent.

Thailand shut bars and clubs in mid-March as coronavirus cases surged. It halted international passenger flights, stopping the tourism that had made Bangkok the world’s most visited city for four years.

But residents say the decline had already begun for a red-light district that flourished in the 1970s as a rest stop for U.S. forces in Indochina.

“This COVID-19 is an accelerant of change,” said Michael Ernst, an Austrian 25-year veteran of the district and former bar owner who opened the Patpong Museum weeks before the new coronavirus reached Thailand.

“The go-go bar and its very one-dimensional concept of a stage and ladies dancing on it with a number. I think that’s already over, they just don’t know that yet.”

The number of go-go bars in Patpong district has waned in recent years as business has moved to other parts of Bangkok or online and as sex tourism has become a smaller part of the overall tourism industry for Thailand.

For decades, tourism figures were skewed towards men. But the growing importance of Chinese visitors in particular changed that. In 2018, more than 53 percent of tourists were women.

Nonetheless, Patpong’s nightlife district employed thousands of people, mostly young women. Most are now among the 2 million Thais the state planning agency believes may be made unemployed this year because of the impact of the virus.

BarBar is still paying some workers. But the manager of at least one go-go bar on Soi 2 just abandoned the lease.

Patpong had never known it as bad, said 70-year-old Pratoomporn Somritsuk, who for 35 years has run the Old Other Office drinking den.

“A lot of ladies here working in nightlife are mostly from a poor family or upcountry,” she said. “They have no chance to go work in a company.”

The lockdown has meant the whole sex industry has collapsed. Online escort service Smooci said activity in Bangkok fell to 10 percent in April.

Thailand has now begun to lift some movement restrictions with infections at over 3,000 and deaths nearly 60, but neither rising rapidly. There is talk of tourism resuming.

But a health ministry spokesman said that nightlife venues would be among the last to reopen.

“In the new normal, Patpong will have to adapt a lot. It may end up looking different, but this change will be for the better,” Rungruang Kitpati said.

Social distancing and the sex industry are hard to make compatible, however.

“I can provide alcohol gel or temperature checks,” said 38-year-old Jittra Nawamawat, one of BarBar’s founders. “But staying one metre apart is impossible.”

Sen. Kyrsten Sinema pulls in cash from Wall Street, real estate titans as she mulls reelection bid
NBA YoungBoy Converting to Mormonism, Remorseful For Making Violent Music
Space Force chief: Satellites are under threat, ‘we have to be ready’
The Last of Us Episode 4 Trailer: A Road Trip Poses Big Trouble for Joel and Ellie
The Ark Season 1 Episode 1 Review: Everyone Wanted to be on This Ship