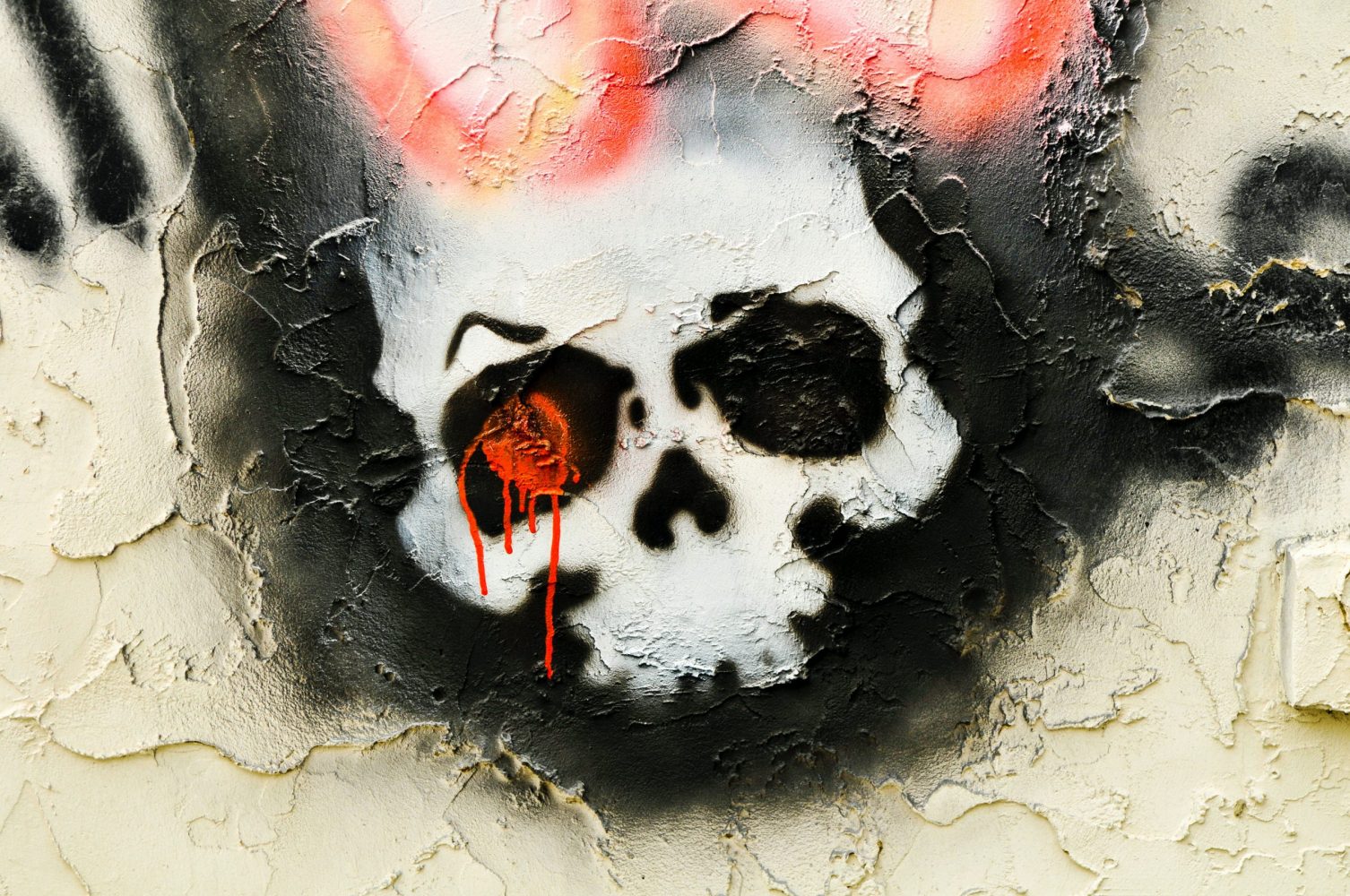 Cape Town, a major city on the coast of South Africa, owes its existence partly to scurvy. During the age of exploration in the 17th century, sailors traveling on the spice routes were dying of the disease—and so the Dutch East India Company created a pit stop where vegetables could be grown and sailors could be treated.

That pit stop is today the home of writer Ilze Hugo, whose new novel, The Down Days, takes place in a version of Cape Town that has been overtaken by a laughter epidemic. The novel follows a wide cast of characters—a woman who collects corpses and freelances as a detective, a trader obsessed with a mysterious sighting, and an orphan looking for her may-not-actually-exist brother—over the course of a week as they try to navigate life amidst suspicion and uncertainty.

Hugo first had the idea for The Down Days about a decade ago, when she visited “this very obscure little medical museum you’d never hear of, tucked away behind a hospital.” The Cape Medical Museum was then featuring an exhibit on how disease shapes culture, showing how the same themes show up again and again: misinformation, fear, prejudice. “Every time there’s an epidemic, it gives society and those in charge an excuse to live out those prejudices without realizing what they’re doing,” Hugo says, and of course they’re happening now too, during COVID-19. I sat down with Ilze Hugo to ask her about what she learned from a decade researching pandemics and why her novel isn’t the typical bleak, apocalyptic tale.

Angela Chen: In The Down Days, laughter is a contagious disease. Why laughter?

Ilze Hugo: Originally, it was going to be something more simple. I was looking at tuberculosis and Ebola, and then I came across this piece of information about laughter disease in Tanganyika, in what is now Tanzania, in 1962. That just resonated with me. I did more research on mass hysteria, and a lot of scientists are saying that it’s due to chronic stress. A society under chronic stress is more susceptible to mass hysteria. And I feel like South Africa is a society under chronic stress. We haven’t recovered from the inequalities and the injustices of apartheid. Plus, there’s something really ominous about laughter, like how a lot of people are afraid of clowns. The more I thought about it, the more it made sense as a fantastic metaphor for society in collapse.

AC: You say that, in your research, you found the same thing happening again and again all over the world in pandemics, and yet you wanted a very specific South African story. How did you make sure that the story used those enduring themes while still being local?

IH: When I was writing, someone said, “do you realize this is just going to be another post-apocalyptic pandemic novel?” and I saw that as a challenge. I decided, let’s really unpack how Cape Town is different and what would happen specifically in our city.

For example, I liked the idea of focusing on a city because you don’t see a lot of these novels set in a city; usually, people flee to the country. Cape Town geographically is still very much unequal because we had the Group Areas Act under apartheid and so a lot of people were sent out of the city to live in the flats. I liked the idea of my pandemic novel bringing these people back into the city. You have a lot of rich people moving out of the city, some are going overseas, and I liked the idea of bringing people back to the city and righting that sense of injustice in a very, very small way.

If you’re talking about serious things, sometimes it’s hard to look at straight on and if you look at them from an angle you almost see more because you’re not focusing on the reality too much. It’s almost an easier pill to swallow, especially in South Africa. I find that, growing up, a lot of people telling me that the country doesn’t talk about apartheid because it’s too depressing. And then you have writers like [South African sci-fi novelist] Lauren Beukes showing that if you write about anything traumatic or serious through that lens of science fiction, people find it easier to understand. They don’t take it as personally.

AC: I find the role of misinformation and truth in The Down Days really interesting. There’s a journalist character who has a slippery attitude toward facts and people are always saying not to trust various publications, or debating what truth really is. Where did that come from?

IL: The more I researched, it came up again and again and again. Periods of great uncertainty and crisis have always been the perfect breeding ground for myths and conspiracies to spread. People seem to gravitate towards conspiracy theories and alternative facts when they feel powerless and out of control, and all the historic epidemics I looked at showed examples of this, which I found fascinating.

Another thing is that we have an unusual relationship with myth and magic in South Africa. We’re very culturally diverse and, in the book, I tried to incorporate how different cultures would react to the situation. We have these beliefs and they’re not magic or magical realism, they’re very real beliefs. That makes the city a unique place to talk about fake news and conspiracy. It’s not as black and white as it would be in a Western country and it’s not so easy to say, “listen, this is the science, so I’m going to disregard the way that you think about this situation.”

In the novel, one character used to be a member of the occult police, and that was a real thing. We did have an occult unit in the police force. Another plot point has to do with spirit possession, and that was inspired by a real paper on Amakhosi possession. At the same time, some of the tech parts of the novel that sound crazy are real too. For instance, I got the idea for the data dealer character from an article on real data smugglers.

AC: The Down Days is, and others have noted this too, fundamentally an optimistic novel. There’s a pandemic going on, but there’s no true villain and a lot of resilience. Why did you want to buck the trope of the pandemic that reveals the cracks in humanity’s foundation?

IH: When we read these pandemic novels, we think people are inherently cruel, but they’re also inherently good and I wanted to showcase that part of society. As humans, we have an incredible ability to adapt.

When I was writing, Cape Town had a water crisis. We could only use 13 gallons of water a day, which is quite a small amount. It sounded very apocalyptic and like a problem we would need to deal with for a long time, but that too passed. I also read a memoir called The Last Resort and the author is very worried about his parents not surviving land invasions in Zimbabwe. He went back to Zimbabwe and found that his parents were actually totally fine. They found new ways to adapt. They were growing pot in their garden. It’s such a funny, humorous memoir.

It really made me about how people learn new things about themselves and how strong they really can be in a situation like this. I wanted to focu on that more than I wanted to focus on the negative. Hopeful pandemic novels have an important message to tell.