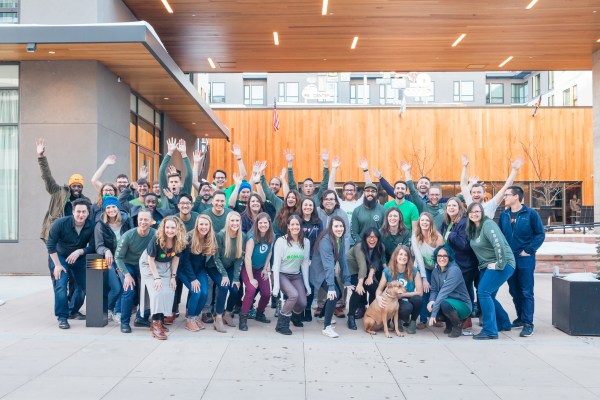 Bonusly, a platform that involves the entire organization in recognizing employees and rewarding them, closed on a $9 million Series A financing round led by Access Venture Partners. Next Frontier Capital, Operator Partners, and existing investor FirstMark Capital also participated in the round.

Bonusly launched in 2013 when cofounder and CEO Raphael Crawford-Marks saw the opportunity to reinvent the way employers and colleagues recognize and reward their employees/coworkers.

“I knew that, in order to be successful, companies would be shifting their approach to employee experience and I thought software could enable that shift,” said Crawford-Marks. “Bonusly was this elegant idea of empowering employees to give each other timely frequent and meaningful recognition that would not only benefit employees because they would feel recognized but also surface previously hidden information to the entire company about who was working with whom and on what and what strengths they were bringing to the workplace.”

Most employers use year-end bonuses and performance reviews to motivate workers, with some employers providing some physical rewards.

Bonusly thinks recognition should happen year round. The platform works with the employers on their overall budget for recognition and rewards, and breaks that down into ‘points’ that are allotted to all employees at the organization.

These employees can give out points to other coworkers, whether they’re direct reports or managers or peers, at any time throughout the year. Those points translate to a monetary value that can be redeemed by the employee at any time, whether it’s through PayPal as a cash reward or with one of Bonusly’s vendor partners, including Amazon, Tango Card, and Cadooz. Bonusly also partners with nonprofit organizations to let employees redeem their points via charitable donation.

In fact, Crawford-Marks noted that Bonusly users just crossed the $500K mark for total donations, and have donated more than $100k to the WHO in six weeks.

Bonusly integrates with several collaboration platforms including Gmail and Slack to give users the flexibility to give points in whatever venue they choose. Bonusly also has a feed, not unlike social media sites like Twitter, that show employees who has received recognition in real time.

The company has also built in some technical features to help with usability. For example, Bonusly understands the social organization of a company, surfacing the most relevant folks in the point feed based on who employees have given or received points to/from in the past. In a company with tens of thousands of employees, this keeps Bonusly relevant.

Bonusly has also incorporated tools for employers, including an auto-scale button for employers with workers in multiple jurisdictions or companies. The button allows employers to scale up or down the point allotments in different geographies based on cost of living.

There are also privacy controls on Bonusly that allow high-level employees and leadership to give each other recognition for projects that may not be widely known about at the company yet, like say for an acquisition that was completed.

The company also cites research that says that a happy workforce raises business productivity by more than 30 percent.

Bonusly competes with Kazoo and Motivocity, and Crawford-Marks says that the biggest differentiation factor is participation.

Bonusly has raised a total of nearly $14 million in funding since inception.