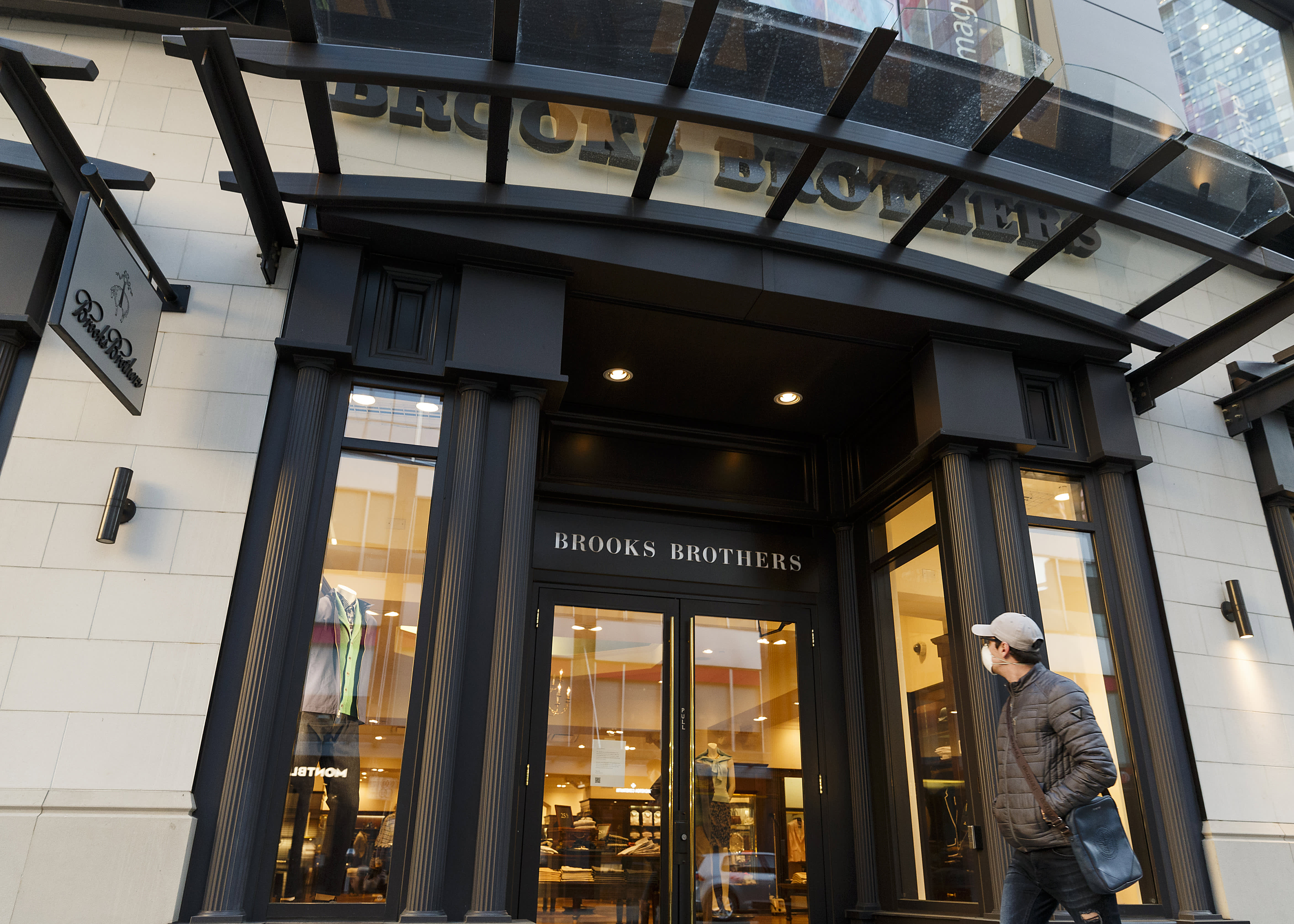 A pedestrian wearing a mask walks past a Brooks Brothers storefront closed during the COVID-19 crisis on May 06, 2020 in Vancouver, Canada.

Brooks Brothers is talking to banks about raising financing for a potential bankruptcy that could come as soon as July, as the coronavirus pandemic squeezes the sales of the two-century-year-old retailer, people familiar with the matter tell CNBC.

Brooks Brothers is continuing a sale process it launched earlier this year to heavy interest, and could still conduct a sale without filing for bankruptcy, these people say.

However, its talks about so-called debtor-in-possession financing, which would support its operations in bankruptcy, show that one option it is preparing for is filing for court protection. The retailer has not finalized how large of a DIP loan it might need, as that would depend on how many stores it closes in any potential bankruptcy proceeding, the people said.

Brooks Brothers Chief Executive Claudio Del Vecchio, told the New York Times this week that while he was not “eager” to consider a Chapter 11 bankruptcy filing, he would not rule it out.

Brooks Brothers, known for its upscale preppy attire, calls itself the country’s oldest clothing retailer. It, like other retailers, has been battered by the coronavirus pandemic, which has already drove J. Crew, Neiman Marcus and J.C. Penney into bankruptcy.

Many of these retailers were forced to close stores as states issued stay-at-home orders to contain the spread of Covid-19, which has sickened about 1.9 million people in the U.S. and killed at least 108,211. With many workers conducting business from their homes over the last few months, or sidelined by amid high unemployment, demand for business attire has fallen sharply.

Brooks Brothers earlier hired an investment bank, P.J. Solomon, to explore a sale or bankruptcy. And while it has had significant interest from potential buyers — drawn in by its strong brand —  many of them would prefer to buy the retailer out of bankruptcy, so they can buy a smaller chunk of its store footprint, the people said.

Brooks Brothers has more than 250 stores in North America and 500 worldwide.

If it files for bankruptcy, it is possible it would do so with a “stalking horse” bidder in hand, providing the floor for further bids, the people said.

The people requested anonymity because the information is confidential. A spokesperson for Brooks Brothers said that “in the ordinary course of business, Brooks Brothers consistently explores various strategic options to position the company for growth and success.”

She added the retailer has “nothing to announce at this time.”