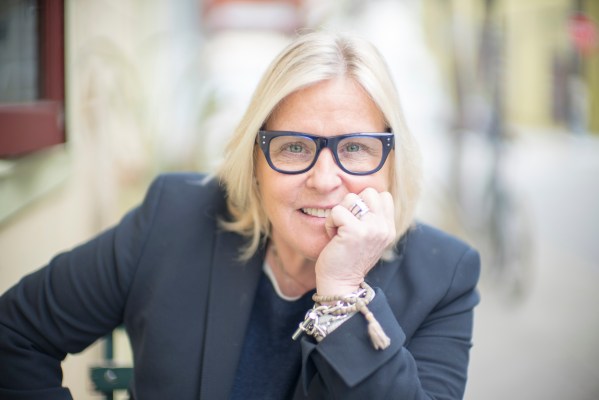 Amy Errett’s company, Madison Reed, sells in-home care color. It may not sound like a glamorous business but, as it turns out, it’s a very durable one, done the right way. Not only has the seven-year-old outfit been slowing chipping away at the dominant personal care giants like L’Oreal that have long controlled what’s currently a $30 billion market, but during one of the most dramatic economic downturns of the past century, it has been attracting new customers.

In fact, Errett — who was previously a VC with Maveron Ventures and has a side hustle as a venture partner with True Ventures — says the 300-person company is seeing revenue in excess of $100 million per year and that it will be profitable in the second half of this year. Presumably, that makes it a likely candidate for an IPO in the not-too-distant future.

We talked with Errett earlier this week about the business, which has raised $125 million to date from investors, including True Ventures, Norwest Venture Partners, and Comcast Ventures. We wanted know if, like so many other consumer companies hard hit by the pandemic, it has conducted recent layoffs, whether it is re-opening the brick-and-mortar “color bars” it started launching in the U.S., and where it’s headed next. Our chat has been edited for length and clarity.

TC: Like a lot of direct-to-consumer brands, you more recently began opening real-world stores — color bars. How many did you have at the beginning of this year, before COVID-19 took hold?

AE: We had 12. We are reopening them now with 20 [because we had] eight that never got opened in March, April and May.  We’ll end the year with 25.

TC: Are they’re just scattered around the U.S.?

AE: They’re in hubs that we have selected based on the demographics of the women that live in those hubs and what we know from our online business. So they are in Northern California, where we’re headquartered. They’re New York, Dallas, Houston, and the Washington D.C. area. And we’re reopening in Atlanta, adding more in Dallas and Houston, and by year end, we’ll be in Miami and Denver.

TC: Can you comment on the financial metrics of the company? At one point, we’d read the company was doing around $50 million annually with 78% gross margins.

AE: The product margin of the business is in excess of 80%, meaning the actual product; the gross margin of the business, meaning fully loaded, is 60%. The growth has been amazing. We have 300,000 subscribers now, and we’re ahead of 2x the financials [you stated]. We’re a private company, so I don’t disclose [specifics] but we will be profitable the second half of this year.

TC: Obviously, you’ve captured some new customers who couldn’t go to a salon during this national lockdown. What percentage of your overall business do those 300,000 subscribers represent?

AE: It moves from day to day. So 52% of women in the U.S. color exclusively at home; 48% go to salons, some to our color bars; then 25% are called duelists. They’re excessively gray, or they want to stretch out salon appointments, so they do their hair at home [in between bookings].

Typically, 60% of the people that come to us that are salon goers, and 50% are home users. During the surge, the numbers did tip in the direction of 70% of the people that were coming to us were salon goers because they had no other place to go. The good news is that we are retaining an enormous amount of them. The average [subscriber] orders from us every six weeks, then we have people who buy a single box but there are serial one-timers who act like subscribers, so these are startlingly sustainable cohorts compared to typical D2C businesses.

TC: So you didn’t lay off anyone even as you were closing these color bars?

AE: I think seven employees decided they. had kids at work and couldn’t even work on a distributed work basis, but we have not done any furloughing. We closed all of our color bars around March 15. . .and we moved all of our in store colorists to our call center, which was already all certified licensed colorists because our sales is a very technical sale. Every woman in the world has at least five bad hair stories, so we put what I call a belt and suspenders around the advice because the most important thing for a customer at Madison Reed is to get the color right. You get one shot. So we moved these other people to that call center. We bought and sent them headsets at home and taught them about all the tech support in customer service, and thank goodness because our volume was insane.

TC: States are reopening. As colorists return to your stores, what precautions are you taking, and how uniform are your processes across different states?

ER:  We are reopening stores, [most] at first with retail only [where] we’ll get the back and bring it out to you, and [over time] with sensible scheduling. We don’t know when we’ll go back to every chair.

And we’re taking the most stringent guidelines of any state and and laying that across the entire system. So even if a state says that a client  doesn’t need to wear a mask, we’re wearing masks and our clients are wearing masks. Some people don’t want to do that. That’s okay. Then we’re not the right place for people to come if that’s true [because] our clients’ and our team members’ safety comes first.

TC: Last year, you announced a plan to roll out 600 stores, 100 of which would be operated by the company and 500 that were to be franchised. Is it fair to say that those plans are on hold and, if so, are they perhaps permanently on hold?

ER:  We were just starting to sell franchises in February. We actually had our first set of meetings with potential franchisees and we were about to file the documentation that one needs to file for disclosure of franchises — then this happened. And we made a decision right now that for the rest of this year, we’re pushing that decision off. We have not decided whether that’s final or not.

TC: Given your traction and your numbers, Is there any reason your next funding event wouldn’t be a a public offering?

ER: This is a massive category that has been widely overlooked. And when you look at the size of the prize — $15 billion alone in the U.S., with repetitive purchase patterns – – it has all the characteristics of a successful–

I’m an investor [too]. I was a GP and open and ran Maveron’s office in the Bay Area. Connie, you and I probably first met while I was being a VC, having a more relaxing life. I’m also a partner at True, so I do invest as well as part of the investment team. And so I’m actually just commenting with that hat on. Like, 80%-plus of our revenues are recurring in this company. At our color bars, we’re the only people who have the ability to use our own product.

The stylist is never going to give the product to most women going to a salon today. They’re never going to say, ‘Oh, you’re going on vacation? Take this home with to you.’ I use Madison Reed, and now I can walk into a Madison Reed color bar and get the same consistency. The same exact color that I could take home, someone’s going to apply for me. That is a game changer in this industry.

We are the only people who are agnostic as to whether you want us to color your hair [in a store] or do it at home [or] buy it at Ulta, our only wholesale relationship today. If you look at L’Oreal, 85% of its business is selling tubes of color to stylists in salons. It is not a direct relationship with a consumer. That is not what L’Oreal has. The direct relationship with the consumer is the box sitting at Walgreens, which is a very small percentage of their business and it’s not a percentage they’re about because the margins are so thin. Remember, they’re charging $10; I’m charging $25.

The secret sauce here [regarding how we beat the personal care giants is that] L’Oreal’s and Unilever’s professional channel [creates] a conflict for them to innovate directly, based on technology or otherwise, to the direct consumer.

TC: So you don’t see them moving in your direction?

They are smart and they can decide that they’re going to come after us in different ways, and that’s fine. I’ll take the customer service, the relationship to the client, the product innovation, the way that we lead with mobile technology first any single day.

TC: Speaking of these giants and their portfolio of products, how many products does Madison Reed sell currently, and what might you roll out that would surprise customers?

AE: We have about 15 products, all in the category of hair color that’s better for you, whether it’s permanent hair color, semi-permanent hair color, glosses, toners, a highlight kit with non-ammonia bleach . . .We’re also rolling out color depositing masks [that you apply in the shower] that aren’t permanent.

And then I’ll just give you this hint: right now our business is really focused on women, so you can imagine that there’s a separate gender that may color their hair. That is a market that’s just terrific, right? Just for Men?  I mean, are you kidding me? We’re going to blow the doors off that market.