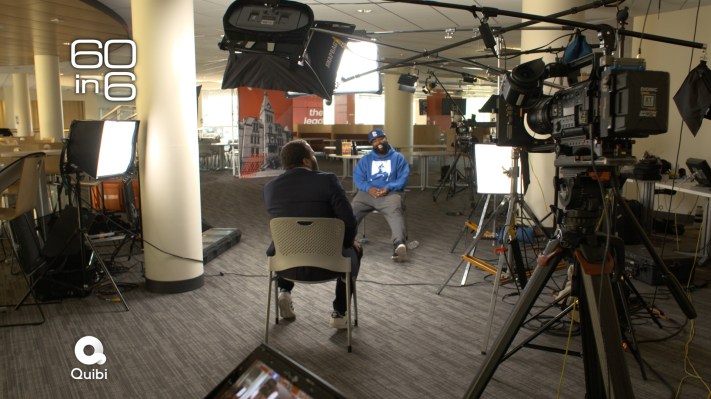 After teasing the series’ arrival for some months, Quibi is finally ready to launch its take on 60 Minutes for the social media generation. What that mainly means is content tailored to the shortened attention spans of viewers on top which the service has hung all of its hopes, dreams and $1.8 billion.

The new take on the America’s oldest newsmagazine goes under the banner  ’60 IN 6’ — slightly confusing, given that its producers are committing to a broader definition of short form content at “10 minutes or less.”

At very least, the first few episodes are timely given the current climate in the U.S. Correspondent Wesley Lowery host the first episode from Minneapolis in the wake of George Floyd’s killing. He’ll be sitting down with Floyd and Reverend Al Sharpton. A subsequent episode features interviews with the President of the Minnesota NAACP and local government and community members.

The series premiers two episodes this Sunday, exclusively on the Quibi app (which mercifully can now be beamed to a TV via AirPlay and Chromecast). Further episodes will be added on Mondays. It joins existing Quibi news programs from the BBC, along with the similarly formatted NBC Snapchat series, Stay Tuned, as old school media giants bank on shorter form version of traditional content as method for breaking through to younger generations.