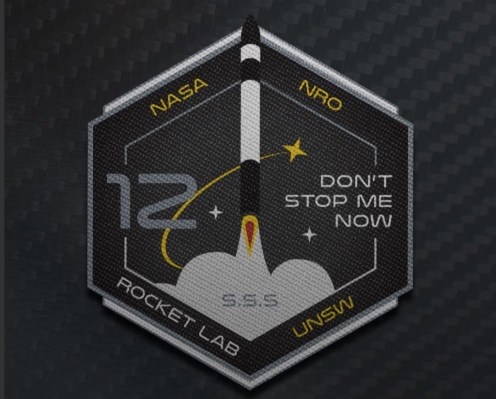 Rocket Lab’s delayed 12th launch is scheduled to take place tonight late night Pacific time, mid-afternoon on the 11th at the company’s New Zealand launch facility. The Electron rocket will be taking payloads to orbit from NASA, the National Reconnaissance Office and the University of New South Wales.

“Don’t Stop Me Now,” named after the favorite Queen song of board member Scott Smith, who passed away in February, was originally scheduled for takeoff in late March. The delay is due to, of course, the pandemic. But things have loosened up enough that the crew can do the necessary work to safely prepare for launch.

The window for launch extends from 9:43 to 11:32 tonight Pacific time, weather and other factors permitting. Like all of Rocket Lab’s launches, it will be live-streamed starting about 15 minutes before T-0.

The payload contains a variety of projects, some more public than others.

NASA’s contribution is a Cubesat from Boston University called ANDESITE, which will “use a wireless network of lightweight minisatellites to measure the strength and direction of electrical currents flowing in and out of Earth’s magnetic field, the impact of which can affect radio communications and electrical systems on Earth.”

UNSW has a satellite called the M2 Pathfinder, a research platform for some space-based radio communications tech.

The NRO, as expected of a secretive three-letter agency, gives no details of what it’s sending up. Don’t even ask. It is, however, openly very excited about being able to send up its secretive payloads more frequently via commercial launch providers.

You can watch the launch take place live tonight (or tomorrow if you’re on the East coast or pretty much anywhere else) at Rocket Lab’s live-stream page right here.