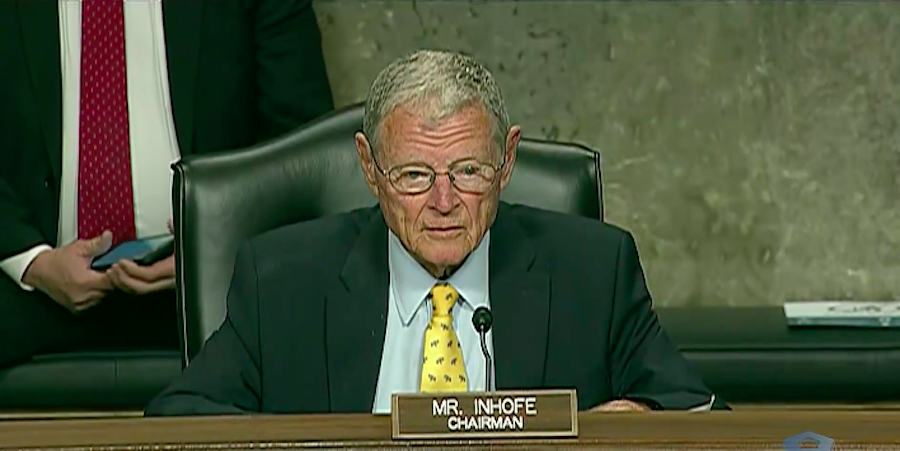 SASC aide: “The acquisition piece was never formally transmitted to the Congress.”

A summary of the bill released by the committee includes several items related to the U.S. Space Force and space programs. Notably absent from the bill are provisions on Space Force acquisition reforms that the committee in the 2020 NDAA asked Air Force Secretary Barbara Barrett to submit.

Space Force leaders in recent weeks said acquisition reforms are a top priority for the new service. Congress in the 2020 National Defense Authorization Act directed Barrett to propose alternative acquisition processes to help speed up the development and lower the cost of space systems.

A report titled “Alternative Acquisition System for the United States Space Force” was sent to congressional committees on May 20 but the Air Force notified them the next day that what they had received was not the final version.

SASC aides on the June 11 call with reporters did not comment on why the final report had not been submitted.

Conceivably the acquisition proposal or other late items could be addressed on the Senate floor or in a House-Senate conference, one aide said. “There’s no prejudice in this. We just didn’t get the stuff on time.”

A committee aide told reporters that DoD has yet to provide a detailed analysis on the future role of the National Guard in support of the Space Force.

The aide pointed out that Congress and the president created the Space Force “but all the details rest with the department.” The 2020 NDAA asked for a report on the possible role of a Space National Guard. “That report was not received at the time we started this markup,” the aide said. “Whether there’s a guard or not, we’d like to first see that report and the recommendations so we can present that to members.”

The SASC backs the Air Force’s plan for the National Security Space Launch program’s upcoming procurement of launch services known as Phase 2. The bill also requires the Secretary of the Air Force to “develop technologies and systems to enhance Phase 3 NSSL requirements.”

The language on Phase 3 appears to be in response to criticism that the Phase 2 plan to select two launch providers could push the losing companies out of the national security launch market.

The bill expresses support for the development of space technology, including launch vehicles and responsive launch. In a nod to SpaceX, the bill “recognizes the maturity of reusable launch.”