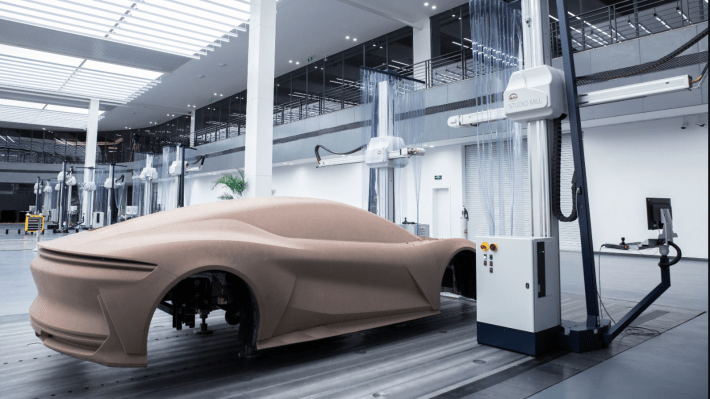 BYD Co., the Chinese auto giant backed by Warren Buffett, is rushing to make China self-sufficient in the production of electric vehicles. On Monday, the firm said in a filing it has secured 800 million yuan ($113 million) in a Series A+ round for its chipmaking arm, BYD Semiconductor.

At stake is the race to make so-called insulated gate bipolar transistors (IGBT), an integral silicon component in EVs’ power management system that’s at the core of BYD Semiconductor. The electronic switch is dubbed by industry experts the “CPU of an EV” for it reduces power loss and improves reliability. It’s the second-most expensive part of an EV after batteries, accounting for around 7-10% of the total cost according to market research.

BYD is fighting a fierce competition against Germany’s semiconductor giant Infineon Technologies AG, which produced 58% of the IGBTs used in China’s electric cars in 2019. BYD finished with an 18% share that year, noted a report from Citic Securities.

The prospects of IGBT production are bright, as the technology not only powers a booming EV industry worldwide but is also used in other high-energy applications such as air conditioners, refrigerators, and high-speed trains. The global market for IGBTs is estimated to near 10 billion yuan ($1.41 billion) in 2020 and quadruple to almost 40 billion yuan by 2025, according to the Citic report.

The outsize funding arrived just two months after Shenzhen-traded BYD hived its chip unit off into an independent company ahead of a separate public listing. Due to oversubscription from investors, the subsidiary raised the new round on the heel of its 1.9 billion yuan ($270 million) Series A closed in late May.

Parent company BYD holds a 72.3% stake in the chip arm following the two funding rounds, which have lifted the valuation of the subsidiary to 10.2 billion yuan ($1.44 billion).

As the only Chinese company that can produce IGBTs independently, the semiconductor maker has drawn heavyweight backers across the board. Its investors range from Sequoia China and state-backed CICC Capital from the Series A round, to Korean conglomerate SK Group, smartphone maker Xiaomi, Lenovo Group, ARM, China’s largest semiconductor foundry SMIC, and investment affiliates of Chinese carmakers SAIC and BAIC in the latest A+ round.

BYD started out as a manufacturer of electronics components in 1995 and has since expanded into automobiles and renewable energy. Headquartered in Shenzhen, it powers all of the city’s electric buses and taxis. It’s also ramped up expansion into overseas markets as China scales back state subsidies on electric cars.