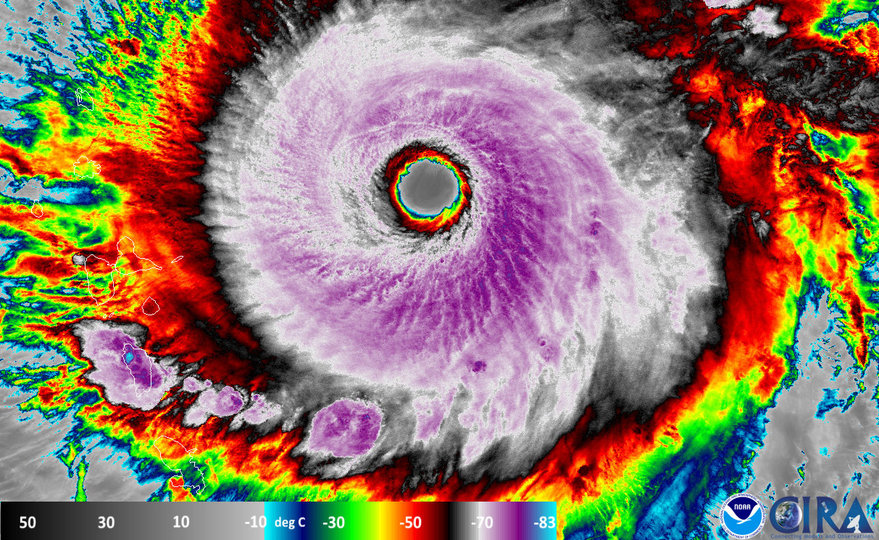 Under the May 12 NOAA contract valued at nearly $295,000, Raytheon will spend seven months fleshing out the details of HIRIS, an imaging grating spectrometer for low Earth orbit.

Raytheon is not revealing the resolution the company expects from HIRIS but says the instrument would meet NOAA’s requirement for data with a resolution of two kilometers.

Weather forecasters are eager to pinpoint the dry line where moist air from the Gulf of Mexico collides with dry air from the Western United States, producing severe weather.

“Knowing when and where severe weather is likely to strike is key to keeping people and property safe,” Wallis Laughrey, Raytheon Space Systems vice president, said in a statement. “Forecasting severe weather relies on precise atmospheric measurements, like temperature and moisture, and that’s what a sounder provides.”

“Because of its high spatial resolution, HIRIS is able to deliver products that would continue those datasets, which is very useful for climate studies,” Puschell said.

MODIS instruments are likely to “fade from use” in the next five to 10 years when their spacecraft hosts cease operations, Puschell said. VIIRS is expected to continue flying through the 2040s on JPSS spacecraft, he added.

“There are three critical factors to weather forecasting – atmospheric temperature, moisture and wind,” Laughrey said. “HIRIS covers two of the three, with wind being the exception. But, the data HIRIS collects will be good enough to generate high-resolution 3D maps that will allow forecasters to better understand severe weather patterns.”

Today, weather forecasts obtain data from both infrared sounders and microwave sounders, which can see through clouds.

NOAA is issuing a series of study contracts to investigate potential instruments, spacecraft, business models and mission concepts for the space-based architecture to succeed JPSS and Geostationary Operational Environmental Satellite R series. In addition to the HIRIS study, NOAA awarded Raytheon a contract for a design study of Real Time Imager.