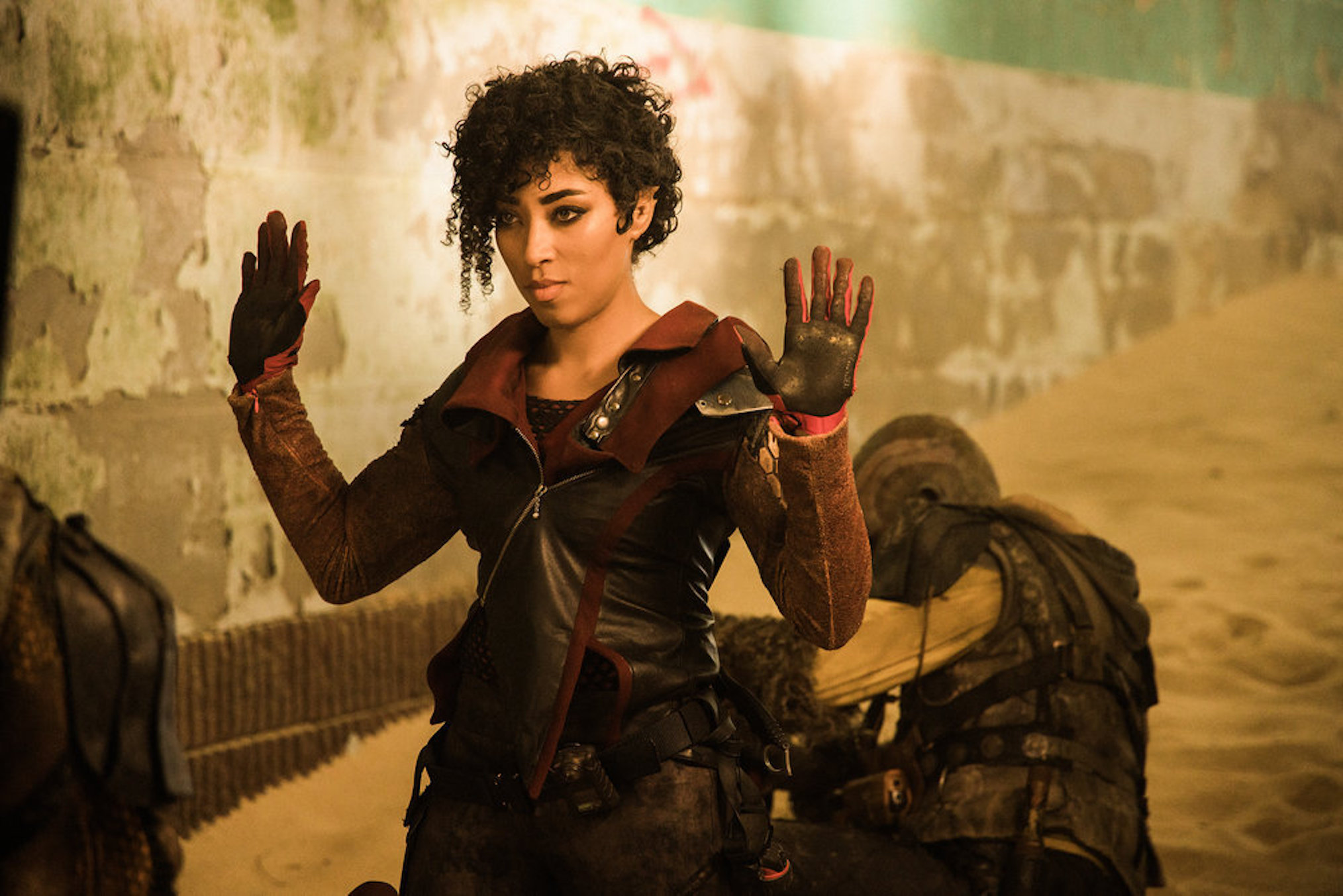 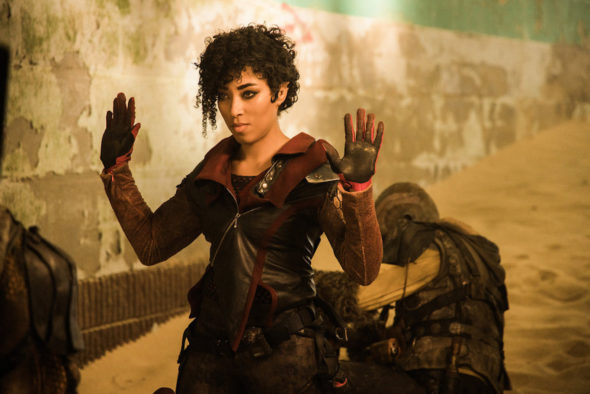 Looks like Vagrant Queen has been permanently dethroned. Syfy has cancelled the TV show after only one season.

The sci-fi Western revolves around Elida (Adriyan Rae), a former queen turned scavenger who’s been on the run since her throne was stolen as a child. A charming old friend of Elida’s, Isaac (Tim Rozon), shows up claiming that her mother Xevelyn is still alive. The two head off with their new ally, a skilled mechanic and pilot named Amae (Alex McGregor), to stage a rescue that will take Elida back into the perilous heart of her former kingdom and up against a deadly foe from her childhood — ruthless and power-hungry Commander Lazaro (Paul du Toit).

It’s sadly not that surprising Syfy has cancelled Vagrant Queen. The series’ first season earned fairly low ratings, averaging a 0.05 in the 18-49 demo and just 224,000 viewers in the live+same day ratings.

The writing seemed to be on the wall when Syfy moved the TV show from its original 10:00 PM Thursday night slot to Fridays at 11:00 PM after only three airings. Not a great sign.

What do you think? Are you a fan of Vagrant Queen? Would you have watched a second season of this Syfy series?