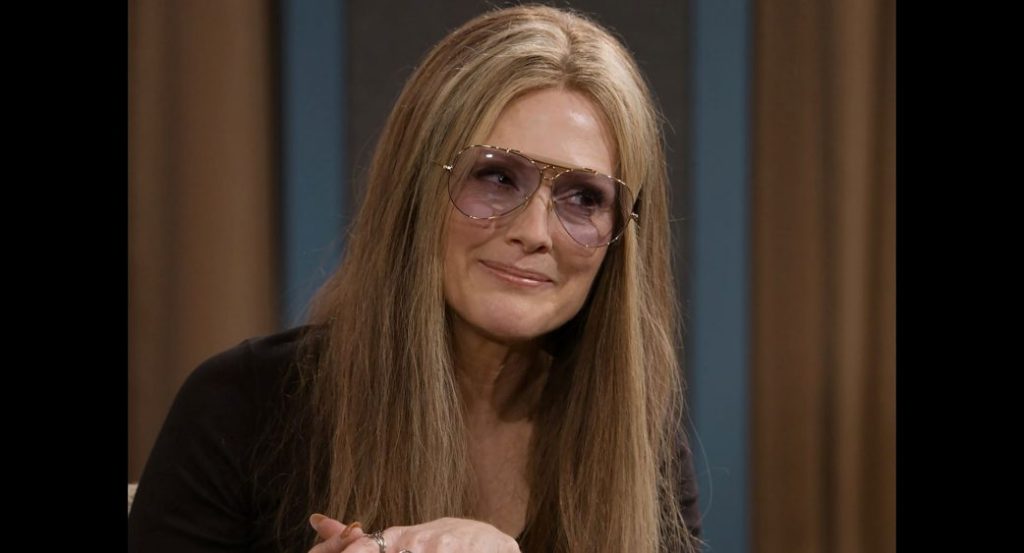 As September comes to a close and October brings in autumnal vibes, the country (and the world for that matter) is focusing on two things: the forthcoming November election and the end of the world. Luckily, in this early edition of this week’s specialty preview, we have something that is relevant to both!

After making its world premiere at Sundance, Julie Taymor’s The Glorias is ready to disrupt the system. LD Entertainment and Roadside Attractions will debut the civic-minded and socially aware film on Amazon Prime Video starting today — and it couldn’t be a more perfect time.

Ahead of the November election, The Glorias is based on feminist icon Gloria Steinem’s book Life on the Road. Co-written by Taymor and Sarah Ruhl the nontraditional biopic paints a portrait of one of the inspirational figures of modern history. Steinem became a prominent figure that defined era and a generation. She created Ms. magazine, became a powerful voice of the women’s rights movement in the 1960s, and to this day continues to make an impact as she fights as an activist for justice.

In honor of its premiere, Amazon Live will be hosting a roundtable discussion with Taymor, Toussaint, as well as Moore, Midler and Steinem herself. Diane von Furstenberg will moderate the discussion which will include behind-the-scenes-moments from the movie, a look at Steinem’s life and how it has inspired her castmates as well as the importance of voting. The discussion is set to take place today at 3PM ET/12PM PT.

“Gloria has been my friend for 47 years and my goal for this roundtable is that viewers see the importance of her life’s work as an activist and hero, and are encouraged to go vote this year,” said Von Furstenberg.

Watch the trailer below.

Imagine living a week without social media and not having to constantly check your Twitter, Facebook, Instagram or any other app for every single piece of distressing, rapid-fire news (especially in the last six months). Seems like a dream, right? But what happens when you have no connection to the world and it is being invaded by furry aliens? That’s exactly what happens in Alex Huston Fischer and Eleanor Wilson’s Save Yourselves! The Bleecker Street sci-fi/horror/comedy debuts in theaters October 2 before hitting digital on October 6.

The Sundance film follows hip Brooklyn couple Jack (John Reynolds) and Su (Sunita Mani) who, like everyone else, are attached to their phones and technology.  In order to cleanse themselves of the addiction of scrolling endlessly through photo feeds and hovering over email inboxes, they plan a getaway to an isolated cabin in the woods and take a vow to unplug from the craziness of technology for one week. As they are sheltered from alerts, texts and the news cycle, they try to get accustomed to a simple life of canoeing, chopping wood and stargazing. All the while, they are blissfully unaware that the planet is under attack. Things start to wildly unravel when they find a furry ball in their cabin — which soon turns into multiple alien furries. Amidst the madness, Jack and Su must figure out a way to return to civilization — if there is even a civilization left.

Watch the trailer below.

In Brandon Cronenberg’s sci-fi thriller Possessor Uncut, Andrea Riseborough plays corporate agent Tasya Vos who works for a secretive organization that uses brain-implant technology to inhabit other people’s bodies – ultimately driving them to commit assassinations for high-paying clients. As she sinks deeper into her latest assignment Vos becomes trapped inside a mind that threatens to obliterate her.

The film premiered at Sundance in January and went on to play at Fantastic Fest. It is set to debut in theaters on October 2. Neon’s Possessor is currently sitting strong at 95% and also stars Christopher Abbott, Tuppence Middleton, Sean Bean and Jennifer Jason Leigh.

Inspired by true stories, A Call To Spy comes from IFC Films and is set at the beginning of World War II when Churchill orders his new spy agency SOE to recruit and train women as spies. With a mission to conduct sabotage and build a resistance, SOE “Spymistress” Vera Atkins (Katic) recruits Virginia Hall (Thomas), an ambitious American with a wooden leg, and Noor Inayat Khan  (Apte), a Muslim pacifist. Together, these women help to undermine the Nazi regime in France, leaving an unmistakable legacy in their wake.

In The Great American Lie, director Jennifer Sibel Newsom serves up another timely topic facing our country: gender inequality. This paired with the aforementioned The Glorias would make for a very relevant double feature to watch before hitting the polls on November 3.

Debuting on demand and digital on October 2, the documentary features Saru Jayaraman, Ruby De Tie and Scott Seitz as it unpacks the roots of systemic inequalities through a unique gender lens. With America facing widening economic inequality and stagnant social mobility, this film takes audiences on an empathy journey, inspiring a path forward.

Also making its debut on demand and digital is Eternal Beauty from director Craig Roberts — who you may recognize as an actor from films like Submarine and Neighbors. The film premiered at the London Film Festival before hitting the festival circuit and now will be available to the masses on October 2.

The dramedy marks Roberts’s second directorial venture and follows Jane (Sally Hawkins) who is dumped at the altar and, naturally, has a breakdown. As she spirals into a chaotic world where love (both real and imagined) and family relationships collide with both touching and humorous consequences. The film also stars David Tewlis, Alice Lowe, Billie Piper and Penelope Wilton.

The Saban Films thriller Death of Me takes us to an island off the coast of Thailand where we find Christine (Maggie Q) and Neil (Luke Hemsworth) waking up from a hangover with absolutely no memory of the previous night — until they watch the playback on Neil’s camera. Turns out that Neil murders Christine — which makes no sense, obviously. With 24 hours until the next ferry and a typhoon making its way to the island, the two of them try to solve this conundrum by reconstructing the night’s events as they are snared in a web of mystery, dark magic, and, of course, murder.

Climate change is another topic that has been very much in the zeitgeist — and it is spotlighted in Seth Larney’s 2067.  In the sci-fi thriller out in theaters and on demand October 2, Earth has been ravaged by climate change and humanity is forced to live on artificial oxygen — which can cause make people sick. The synthetic oxygen is killing the worlds’ population — but there is hope for a cure. This comes in the form of a message from the future that says “Send Ethan Whyte”. As a result, Ethan (Kodi Smit-McPhee), an underground tunnel worker, is suddenly thrust into a terrifying new world full of unknown danger as he must fight to save the human race.