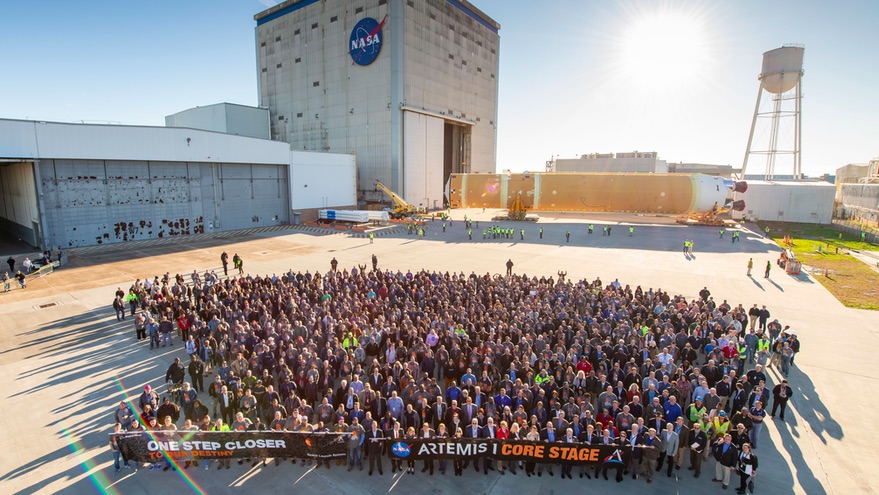 WASHINGTON — As NASA’s management of its human spaceflight programs evolves to incorporate greater roles for companies, the agency needs to take a strategic look at its workforce and infrastructure requirements, a safety panel advised.

“The agency must define clearly its central role, authorities and responsibilities, and the approach that NASA chooses to take should inform not only the skill sets and the workforce of the future, but also the acquisition strategy, the operational posture should establish and the infrastructure that should be available,” Sandy Magnus, a member of the panel and a former NASA astronaut, said at the meeting.

ASAP highlighted as one area of interest in its annual report the “evolution” in NASA’s human spaceflight programs, from the early years of the agency where programs were managed entirely in-house to what Magnus described the “broad mixture of acquisition strategies, partnerships and operational paradigms” used. That ranges from the conventional management approaches used for the Space Launch System and Orion to more commercial approaches with commercial crew and the Human Landing System program.

As that evolution continues, the panel said NASA needs to consider how to ensure it has the workforce in place to meet those changing requirements. “NASA has stated that the size and composition of the workforce should be shaped by strategic guidance, rather than by independent hiring plans developed at the center or organization level,” Magnus said.

However, she said there’s no sign of such strategic planning. “It still appears that key decisions related to workforce needs are being made tactically by individual centers, rather than in collaboration with headquarters in response to top-down guidance in a strategic manner,” she said.

That echoed concerns in the annual report. “It is not clear to the Panel that NASA is deliberately addressing certain workforce issues at the strategic level,” it stated. “Failing to do so could result in blurred responsibilities and the directly related concern that some risks may not be actively or adequately managed.”

Magnus raised a similar concern with infrastructure at the agency. “They have an opportunity to align their infrastructure to their long-term strategy. The workforce, the infrastructure and the strategic direction are all linked,” she said. That included efforts to “identify and close facilities that are not critical to agency programs.”

“That ability to adjust will contribute directly to reducing fixed costs and freeing resources for NASA’s programs,” she said. The panel had one recommendation for NASA, asking it to develop a top-level plan for the size and composition of its workforce and infrastructure.

NASA, in a “transition binder” prepared last November for the incoming Biden administration transition team, included “strategic workforce planning” as one of its key agency initiatives. That effort “is committed to a more agile, strategically shaped workforce that is driven by work requirements,” the document states. The agency foresees reducing the number of permanent “full-time equivalent” positions by 10% over five years, but allowing centers to hire staff as needed for the duration of specific projects. The document didn’t elaborate on how NASA would carry out those efforts.

The panel discussed several other issues at the meeting, including the management of NASA exploration programs and status of their development, as well as commercial crew programs.

On commercial crew, ASAP member David West said the committee was closely watching several issues, including the reuse of both the Falcon 9 booster and Crew Dragon spacecraft on the Crew-2 mission scheduled for launch no earlier than April 20, and a power surge that required the replacement of avionics on the CST-100 Starliner that pushed back its launch on the Orbital Flight Test (OFT) 2 uncrewed test flight to no earlier than April 2.

Boeing agreed to fly OFT-2 after problems during the original OFT mission in December 2019 that prevented the spacecraft from docking with the International Space Station. Those problems prompted an independent review with about 80 recommendations, of which about 95% have been closed, NASA said Feb. 17.

West said the panel was “pleased to see the efforts” to implement those recommendations. “However, the panel is still waiting for NASA to take action on a safety culture audit that was to have been conducted by now,” he added. “The panel believes that it imperative that the safety culture audit be performed to ensure that any lingering systemic issues related to risk management, quality and safety are identified and corrected before the Crew Flight Test takes place.” That crewed test flight of Starliner is scheduled for no earlier than September.

In a Feb. 19 statement to SpaceNews, NASA spokesman Josh Finch said that NASA still intends to carry out that safety culture audit, which it calls an Organizational Safety Assessment (OSA). “The goal of the OSA is to provide a comprehensive safety assessment through individual employee interviews with a sampling from a cross-section of personnel, including senior managers, mid-level management and supervision, and engineers and technicians at various sites,” he said.

That assessment will begin after the OFT-2 mission, he said, noting that the agency held off on performing the assessment earlier because of the pandemic. “NASA currently is working to determine the best approach for conducting the employee interviews given COVID-19 restrictions to ensure we are moving forward as safely as possible while still gathering the data we need for the assessment.”

Debris Season 1 Episode 7 Review: You Can Call Her Caroline
The Rookie Season 3 Episode 10 Review: Man Of Honor
Watch live: Biden delivers remarks on $2 trillion infrastructure plan
You Must Be Middle-Aged and Jaded to Ride the Torrent River
Capitol cop Brian Sicknick’s cause of death still pending as officials detail how Trump rioters died