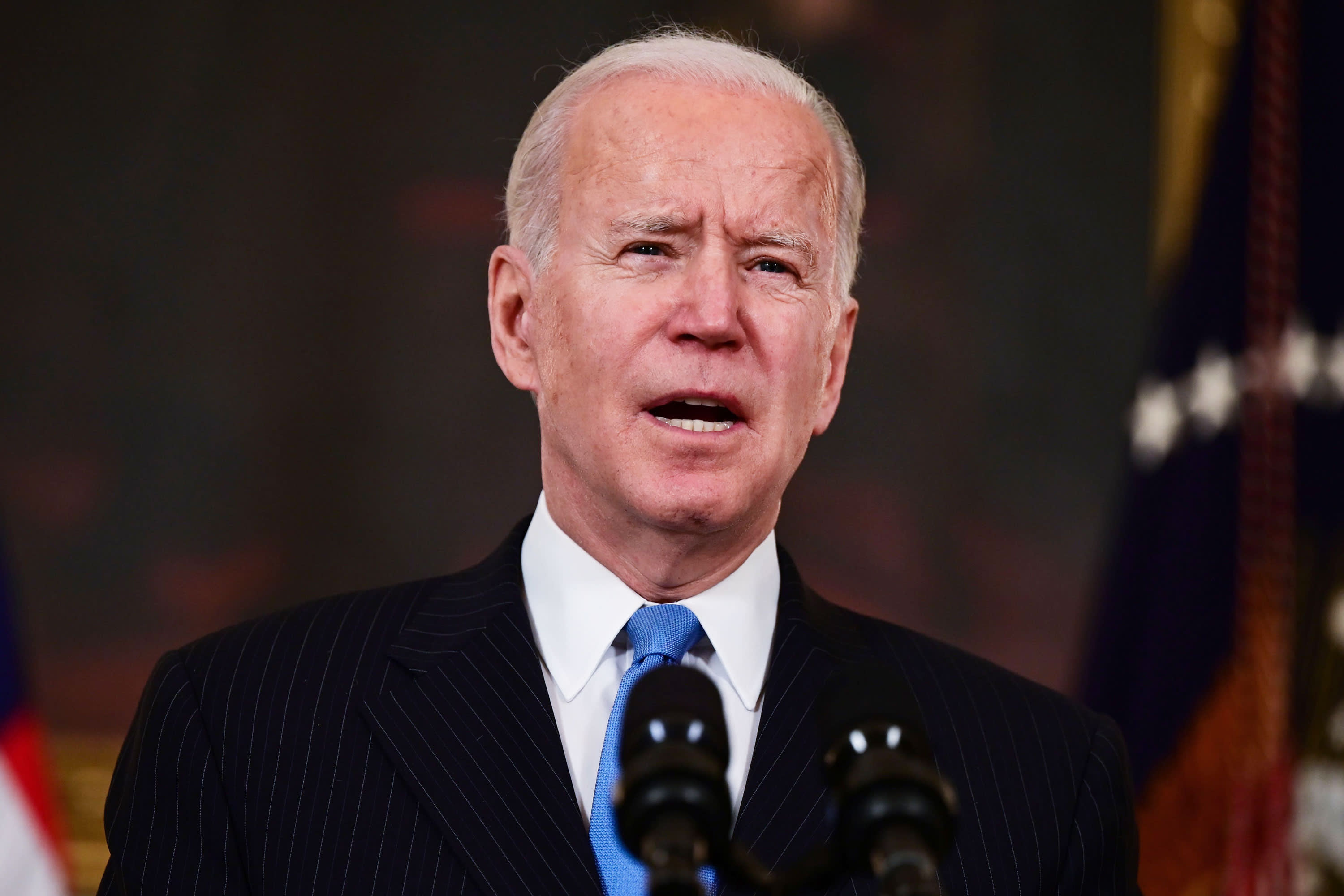 President Joe Biden on Tuesday said that the U.S. will have a large enough supply of coronavirus vaccines to vaccinate every adult in the nation by the end of May — two months earlier than previously expected.

“We’re now on track to have enough vaccine supply for every adult in America by the end of May,” Biden said at the White House.

Less than a month earlier, the Biden administration offered a more modest prediction: that the U.S. would have enough vaccine supply for 300 million Americans by the end of July.

Biden’s announcement came as the White House works to increase production of Johnson & Johnson‘s single-shot Covid vaccine, the most recent to receive approval for emergency use by the U.S. Food and Drug Administration. Biden confirmed in his speech that J&J and pharmaceutical giant Merck will work together to pump up production of the newly approved vaccine.

“When we came into office, the prior administration had contracted for not nearly enough vaccine to cover adults in America. We rectified that,” Biden said.

“I’m pleased to announce today, as the consequence of a stepped-up process that I’ve ordered and just outlined, this country will have enough vaccine supply — I’ll say it again — for every adult in America by the end of May.”

The president said that the U.S. still is in dire need of vaccinators who can actually administer the shots, as well as the number of places where people can go to get vaccinated.

Biden, who often cautions against setting overly optimistic expectations about progress against the pandemic, also declined to give a rosier estimate for when things could go back to “normal.”

“I’ve been cautioned not to give an answer to that because we don’t know for sure,” Biden said. “But my hope is by this time next year we’re going to be back to normal.”

Biden’s good news — including that he’s ahead of schedule on the goal of administering 100 million Covid shots in his first 100 days — was tempered by a number of lingering unknowns surrounding the fight against the virus.

“This fight is far from over,” Biden said in his speech, noting that new Covid variants are spreading in the U.S. “Things may get worse again.”

But despite the fears about yet another deadly wave of infections, some states’ governors are rapidly easing Covid restrictions — directly contradicting guidance from the Centers for Disease Control and Prevention.

A day earlier, CDC Director Dr. Rochelle Walensky said she is “really worried about more states rolling back the exact public health measures we have recommended to protect people from Covid-19.”

“At this level of cases, with variants spreading, we stand to completely lose the hard-earned ground we have gained,” she said.

Biden on Tuesday afternoon echoed the need to stay vigilant and cautious — and once again urged Congress to quickly pass the $1.9 trillion Covid stimulus plan, saying the “entire effort” to fight the virus will be set back without those added resources.

Democrats hope to push the massive relief bill through the Senate as soon as next week, when it will then head to the Resolute Desk for Biden to sign.