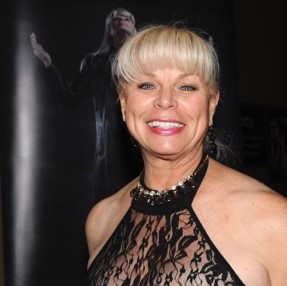 Kadrolsha Ona Carole has landed the crown jewel of roles in a television series. Kadrolsha is a major player in a brand new television series “The Realm of the Waterfall”. Production begins this July in the Canary Islands. Kadrolsha plays the role of Queen Malanne ruler of one of the islands. She is fierce, firm, and strong. With an intelligence level second to none.

Without giving too much of the details away of the fantasy series here is an excerpt from IMDB:

“Experience adventure on journeys filled with danger and peril. Wits and skill will be needed to survive and see the next dawn. Discover numerous unique societies, distinct cultures, and beliefs and vie for World supremacy, and so it begins.” 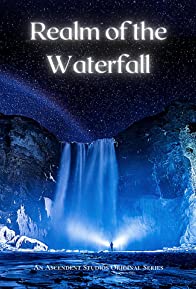 He is a multifaceted individual with an eye for talent and executing success in major film projects. In his own words “Kadrolsha is amazing”

Kadrolsha Ona Carole is equally multifaceted. She has a background in film acting as a character and extra on many many films and TV shows throughout her life. She is trademarked as Queen of the Paranormal ® for her comic book series. She is indisputably the first person in cookbook history to be a superhero doing what she does in real life between the pages of a comic book. Stan Lee approved with congratulations from him in 2016. Visit her on IMDB: imdb.me/kadrolshaonacarole

Here is an account, although not brief, of  her accomplishments:

Kadrolsha Ona Carole has made comic book history by becoming the first person to be a comic book Superhero doing what she does in real life between the pages of a comic book.

July 20, 2020, KO became the host of Hollywood Entertainment News. She is in production now and the show will begin to air on Sept. 2020 on the JSW Television Network. It’s celebrity gossip at its best with a positive spin. The TV show is connected to the popular magazine HollywoodEntertainmentNews.com

KO’s programs can be seen on Airport Television Streaming Services. Her program consists of Supernatural News Bullets and Airport PSAs plus many diverse and interesting topics for travelers. Viewing audience of over 70,000 people daily in the Denver Intentional Airport alone. Her comic books and merchandise are available through QR code provided on the programming.

KO is over the moon with news of being chosen to host Hollywood Entertainment News. The show will air in the fall of 2020 on the JSW Television Network and Absolute TV network on Hollywood Entertainment News the mag. www.hollywoodentertainmentnews.com shows as also seen on digital signage screens in Esso and Shell stations throughout Canada and the USA. The 48 countries that comprise the Asia market is being added as well.

Kadrolsha was chosen “The Most Beautiful Woman in the World” by The Hollywood Digest Magazine.  She proved beauty is not just skin deep. https://thehollywooddigest.com/top-ten-most-beautiful-women-in-the-world/

Kadrolsha is an International Executive Film Producer with 48 Awards on IMDB. 18 of which are IMDB qualified, 8 on her IMDB page, and the rest on Directors Chris Aninno’s IMDB page.

Comic historian Brian Morris plus Comic book publication owner Charles Moisant of Silver Phoenix Entertainment confirms Kadrolsha Ona Carole is the first in comic book history to be a comic book Super Hero doing what she does in real life. Her historic comic book status debut was in “Haunted Tales of Batcheldor’s Grove”  Given this fact she has brought the paranormal industry mainstream with her accomplishment.

She is the real deal of Comic Book Super Heroes! Stories carried in The Huffington Post, New Hampshire Magazine, Telegraph, New Hampshire Chronicle Televisions show, and more along with many many news media outlets. Her comic book is Kadrolsha Ona Queen of the Paranormal in “The Healing” and “Celebrity Ghost Hunters”

Kadrolsha Ona Carole is part of Warner Brothers’ motion picture history with her contribution to the 40th Anniversary of The Exorcist DVD on Blue Ray.

Kadrolsha appeared in several  Marvel Cinematic Universe films. She appeared in 2010 in The Incubus, and in 2011 in Son of Morning. She has appeared in eight different billion-dollar movies (second only to Scarlett Johansson), including Star Wars, Tenet, Captain America and Iron Man.

KO is part of The Game of Thrones Wiki Fandom Page! She portrayed a North Woman Rider in “Battle of the Bastards“, a Meereen Guard in “The Dragon and the Wolf” and a Winter Town Woman in “Winterfell“.

KO is a founding member of The New England Music Hall of Fame. The preservation of music in all genres and time frames are very important to her.

Since P13Ns debut it has won an award for being the fastest-growing paranormal news formatted program since its debut says Galaxy Global Televisions Network! Paranormal 13 News is the first paranormal program to be seen on Airport Television.

On June 26, 2019, Kadrolsha Ona Queen of the Paranormal, made a Declaration Proclamation for National Paranormal Day which is held on May 3rd. She expanded the original concept and broaden it to include all Nations, all Genres, all People, and has dedicated to everyone that is a paranormal enthusiast. Her Declaration Proclamation brings legitimacy, credence a breathes a new life into National Paranormal Day for everyone worldwide to celebrate the unknown.

Kadrolsha Ona Carole as taken part in many Hollywood movies over the years. From  Ghost Busters (all three) straight thru to Star Wars and sprinkled in between with Batman and the Joker, The Walking Dead, Supernatural, and The Exorcist 40th Anniversary Edition. And many many more. Check out her IMDB page.  imdb.me/kadrolshaonacarole She stared in the Silent Film “Silent Times” in which she won an award for her role of Madam Leonora and was featured in Broadway World Magazine.

In 2012 KO supplied the footage for the 40th Anniversary Edition of the Exorcist on the director’s cut she is credited as a researcher on the Exorcist. THE anniversary DVD was released in 2013.

Kadrolsha stared as CC Carole in over 85 “CC The Huntress” Paranormal Adventure Episodes for Broadcast and Cablecast WNDS and New England Cable Television.

She is the author of “Ghosts and Legends of the Merrimack Valley” for History Press’ “Haunted America Series” and “Ghosts of the New Hampshire Seacoast”.

Queen of The Paranormal Kadrolsha Ona is a Pop Culture Icon, Actress, Author, Radio, TV personally, Part of the Exorcist Legacy, Humanitarian & 12X Paranormal Awards Winner has made her mark with her vast expertise hunting with crew members of a popular TV show such as Ghost Hunters & Ghost Hunters International to name a few. She is considered one of the best in the paranormal field with decades of experience. She is the only paranormal celebrity of modern times to be inducted into the Paranormal Hall of Fame Organization. www.paranormalhalloffame.org

Along with fast becoming a superstar in Hollywood due to the recognition in Gary Watson’s document publication to be released soon. Gary Watson is a celebrity historian of close to 50 years.

KO is the paranormal expert of the Greatest Ghost Show on earth “Celebrity Ghost Hunters”! Toppling 65 mil combo monthly audience with Jimmy Star & Ron Russell from the Jimmy Star Show with Ron Russell and Eileen Shapiro of the Huffington Post.

KO sits on the board of director of The New England Music Hall of Fame. Preserving historical music to modern-day in all genres.

On April 6, 2018, Kadrolsha Ona Carole encountered a gunman sitting in her yard one house from a high school and 1 1/2 blocks from an elementary and upper elementary school. Kadrolsha kicked the gun the gunman was pointing at her.  KO has launched a self-made campaign to make sure that schools are locked down and parents are notified as to a gunman so close in proximity to a school. She does this through conversations where ever and whenever she can. during her appearances.

Kadrolsha is gathering support for her quest to be grandfathered in, having her comic book character on a US Postage stamp. This will make her the first real-life Superhero to have done so.

For more information about Kadrolsha Ona Carole and her incredible credentials and accomplishments please visit: