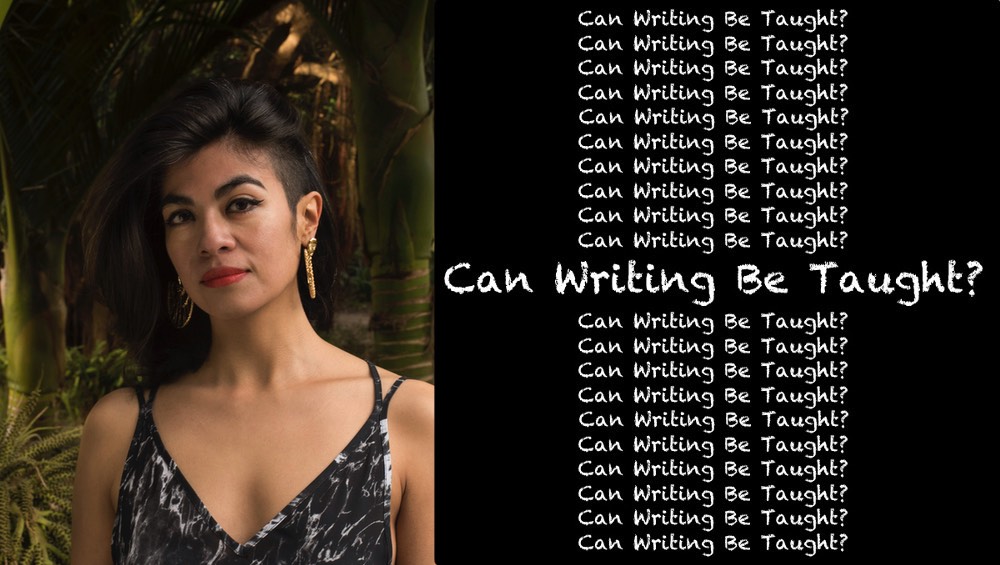 In our series “Can Writing Be Taught?” we partner with Catapult to ask their course instructors all our burning questions about the process of teaching writing. This time we’re talking to Ingrid Rojas Contreras, who will be leading a year-long novel generator—apply with the first chapter of your novel in progress, and leave with a completed draft (or the skills to get to one), plus an understanding of what’s ahead of you in the publishing process. Rojas Contreras talked to us about reading aloud, eating gummy bears, being the only writer of color in the workshop, and why audience is political.

What’s the best thing you’ve ever gotten out of a writing class or workshop as a student?

I did my MFA at Columbia College in Chicago, back when the program was using oral storytelling as a model to teach creative writing. Our in-class pre-writing involved telling a scene to the workshop circle aloud. It sounds terrifying, and it was. But I learned so much about tension and traction and keeping the reader’s attention in that way. It’s very obvious when you’re telling a story to someone and you’ve failed to frame it the right way! (I should say I was also working on experimental stuff and more traditional-narrative forms, and the process worked for both.) As someone who didn’t grow up reading but did grow up around family storytelling circles, I appreciated this intersectional entry point into writing.

What’s the worst thing you’ve ever gotten out of a writing class or workshop as a student?

This was both a good and a bad thing—I was often one of two writers of color in a workshop. I got a lot of feedback that was consciously or unconsciously asking me to tailor my stories to the white gaze. It really sent me for a loop. For a while, I tried to meet those insatiable requests. Then I realized the politics of it, and the experience taught me to stay the course on my own vision and inclinations. I began to think deeply about who I was writing a particular piece to.

What is the lesson or piece of writing advice you return to most as an instructor?

I think it has to do with the above! I think audience is the first political decision you can make as a writer. The intended audience for a piece and the author’s vision should be what guides the writing and crafting of a piece. I do many exercises to help writers get clear on this.

Does everyone “have a novel in them”?

Would you ever encourage a student to give up writing? Under what circumstances?

If a writer’s heart is no longer in it, that’s the only circumstance I can think of! It’s also possible to take a break from writing, and give up on it momentarily. Nothing has to be forever. Fluidity is important to any creative process.

What’s more valuable in a workshop, praise or criticism?

Neither! The most valuable thing in my opinion is helping a writer arrive to an artistic statement of purpose which then implies stylistic, structural, and poetic decisions. A workshop’s effort in critiquing a piece should be about echoing back to the writer the parts of their work that are aligning with their visions, which are misaligned, and helping to peruse what the state of a piece might imply to the writing/re-framing/editing of a work.

Should students write with publication in mind? Why or why not?

In one or two sentences, what’s your opinion of these writing maxims?

What’s the best hobby for writers?

Being weird. I think that’s a great hobby to cultivate.

This is such a hard question… I’m going to go with gummy bears? They’re sweet and bite-sized. Is there a right answer?

New rules for investing in China: Lessons from Beijing’s education crackdown
NCIS: Hawai’i Season 1 Episode 1 Review: A Fresh Take on a Tired Format
Space Force looking for ‘unity’ in acquisitions despite a medley of agencies
Vaccine mandates for travel are legal in the U.S. — and more are probably coming
U.S. committee is reviewing Zoom’s $14.7 billion deal for Five9 on national-security grounds