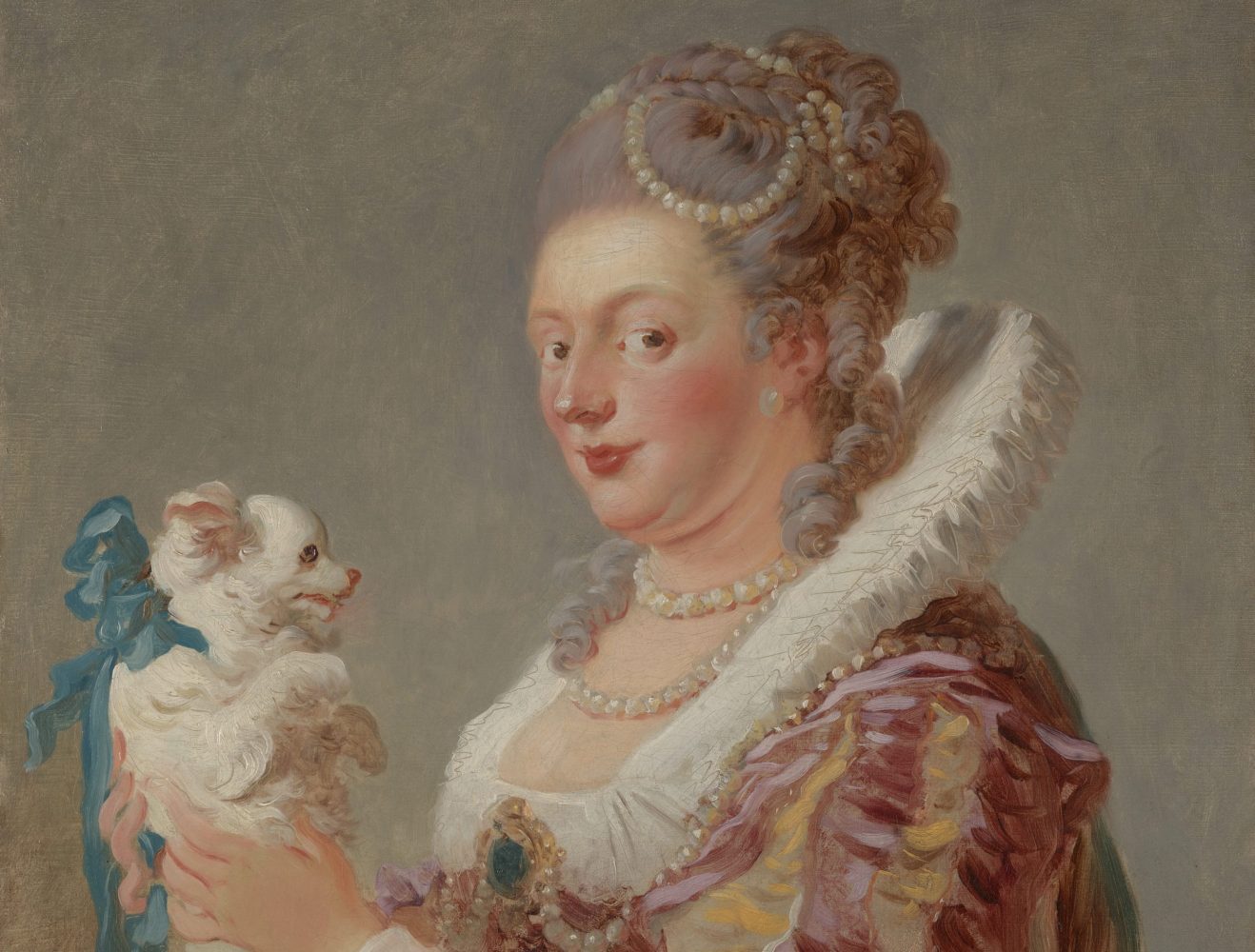 The word “etiquette” often conjures images of dowagers and airborne pinkies, but Emily Post’s outmoded guidelines are really exemplary as opposed to definitional, the broader concept of etiquette being both fundamentally relative and more signifier than signified. What norms and etiquette convey, above all, is social class. Perhaps Oscar Wilde put it best, as Oscar Wilde is wont to do, when he said: “The world was my oyster, but I used the wrong fork.” It is no wonder that bad manners offend us so profoundly. A subversion of social norms is tantamount to a subversion of society, a threat to our delicately calibrated place in the world.

And yet, we are often drawn to taboo even in its repellence, be it due to schadenfreude or morbid curiosity; it seems to be a fundamental aspect of human nature that sheerly being told not to do something makes us all the more attracted to the idea. My debut novel, The Portrait of a Mirror, is preoccupied with these warring desires, how we adhere to and transgress social norms, the illogical bizarrities of American etiquette, and the often fraught disconnect between manners and morals—especially in the “woke” one-percent. “It was all so obvious, and yet sedulously unsaid,” the narrator states at one point, “American liberal politeness required the forceful denunciation of inequalities in the abstract while pretending not to notice them between friends. You assured yourself they didn’t exist, even as you jostled for position.”

The Portrait of a Mirror specifically fillets the sort of privileged, well-educated, self-involved millennials who, at the tail end of the Obama era, jostled with vigor over champagne at the raw bar, vying for social position precisely by half-apologizing for their privilege. But the novel also offers greater sympathy for its privileged characters than these characters themselves might be theoretically comfortable offering. When the linchpin of elite decorum rests on decrying the very class structure that elite decorum traditionally exists to signify and protect, which of these—the satire or the sympathy—is normative, and which the subversion? It’s a question adjacent to the Catch-22 of modern etiquette: that if subverted en masse, what was once a gaffe becomes the norm, and the outmoded norm a gaffe. As the shifts in taste that once evolved over a generation now cycle in and out of vogue at a dizzying pace online, it can be tough to choose the right fork—though grabbing the wrong one remains as unforgivable—and irresistible—as ever.

At a time when mainstream depictions of trans women generally range from offensive to flatly glorified symbols of their authors’ open-mindedness, Torrey Peters’s debut offers a much-needed third path, revealing trans and cis women alike to be just what they are: no less—but also no more—than human. Ingeniously, her novel not only subverts cis norms, as Reese, Katrina, and Ames navigate the complexities of queer domesticity, but trans norms, too—the titular concept of detransition being one often weaponized against the trans community and taboo within it. Peters undertakes the subject with nuance and empathy through the character of Ames, whose desires thrum with the same flawed specificity as Reese’s and Katrina’s—and Emma Bovary’s.

Leave the World Behind by Rumaan Alam

The country house novel has long provided an ideal backdrop to the close evaluation of manners and taste, what with its abundance of Veblenite “conspicuous leisure” and tightly circumscribed upstairs/downstairs dynamics. In Leave the World Behind, Rumaan Alam turns the country house novel on its head when vague disaster strikes and the couple who owns the stately house in the Hamptons arrives unexpectedly while another family is renting it. The palpably distressing social uncertainty of who is the guest and who is the host is shrewdly amplified by inverted racial tensions, the upper-middle-class renters being white, and the wealthy owners Black. What starts out as a comedy of manners ends very differently, leaving the reader wondering earnestly whether etiquette is of paramount importance, or of no importance at all.

Stay Up with Hugo Best by Erin Somers

Another new take on the country house novel, Stay Up With Hugo Best follows writing assistant June Bloom to Letterman-esque aging comedian Hugo Best’s lavish place in Connecticut for Memorial Day weekend after the taping of their final show. While it’s abundantly clear (in more than one sense) who the host is here, June hovers uncomfortably between being a guest and the help—and, at age 29, a sexual conquest for Hugo himself vs. his teenage son. Somers deftly captures not only June’s ambivalence to subverting or complying with the expectations of young women around rich and famous men, but also the particular anti-etiquette etiquette of the comedy world at large—often predicated precisely on impudence, provided one is funny. The results are terrifically funny, if also terrifically sad.

Age of Consent by Amanda Brainerd

All three heroines of Amanda Brainerd’s 1980s throwback, Age of Consent, contend with older men who, depending on your perspective, either transgress social norms or adhere to them all too predictably. Boarding school sophomores Justine, India, and the aptly-named Eve are much younger than Somers’s June Bloom, but older than Lolita; they are at that singular, bildungsroman age when decisions seem to be more your own than they actually are, when your impression of your own adulthood is itself a naive vulnerability. At several points Eve in particular, with her wealth and precocious sophistication, nearly convinces us that she’s actually in the driver’s seat. In Nabakovian tradition, Brainerd skillfully resists the urge to moralize here, favoring an aesthetic and above all mimetic project over a moral one—but the book still scared Harvey Weinstein’s lawyers enough to try and get her thrown off the jury for his trial (they didn’t succeed).

My Year of Rest and Relaxation by Ottessa Moshfegh

Ottessa Moshfegh’s oeuvre offers a pantheon of delightfully revolting characters, unbelievable and alive in their taboo idiosyncrasies. Her caustic, brilliant second novel alone includes a drug-pushing shrink, a cringingly status-obsessed best friend, and an archetypal contemporary artist. And then there’s the narrator of My Year of Rest and Relaxation herself, whose pretty blonde facade belies the depths of her antisocial project: a year-long pharmaceutical metamorphosis, pursuing sleep with the same monomaniacal commitment that her best friend, Reva, might approach a trendy new exercise regimen. The narrator’s blasé interactions with Reva—who is, truly, the human incarnation of a Tory Burch ballet flat—are often rude to the point of cruelty, which might bother us more if Reva’s own dodgy manners didn’t reek of her social climbing.

Few novels slaughter more sacred cows than Paul Beatty’s 2015 Man Booker Prize-winning satire, The Sellout. The narrator literally reinstates slavery and segregates a middle school as part of his plan to save his Dickensian hometown of Dickens, California, and winds up having to defend himself in the Supreme Court. The novel is so cleverly, wildly outrageous—it has a latter-day Black Jonathan Swift, “Modest Proposal”-type energy—that it’s tempting to say it “exemplifies the subversive power of wit and humor” or something. But to do so would fail to acknowledge the ultimate seriousness and power of Beatty’s project in its uncomfortable proximity to uncomfortable truths; that even before Trump, at the height of the Obama era, and despite what we’d like to believe, racism has always been less an American taboo than an American underpinning.

The Remains of the Day by Kazuo Ishiguro

The first time Kazuo Ishiguro wrote The Remains of the Day, it was set in post-World War II Japan and called An Artist of the Floating World. But it wasn’t until he rewrote fascist propagandist Masuji Ono as English butler Mr. Stevens—seemingly, the paragon of Western etiquette—that Ishiguro won the Man Booker and later Nobel prizes. As Stevens’ unraveling interbellum memories reveal that his extraordinary professional “dignity” was not only performed in the service of a Nazi sympathizer, but personally cost him the most meaningful and transformative moments of his life, he is forced to reckon with just what kind of man his manners made him. I loved An Artist of the Floating World, too, but likely akin to the various prize committees, I viscerally find Ishiguro’s nuanced subversion of etiquette even more nuanced and subversive in the cultural context that broadly birthed my own—indeed, this is the innate power of social norms, and what gives such weight to their transgression. The Remains of the Day utterly destroyed me.