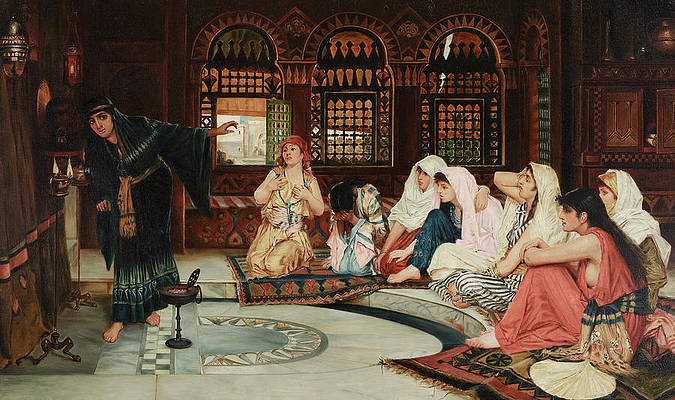 To be a woman, or female-identifying, is to be a creature of contradictions. Women construct multiple personas to make themselves palatable in different contexts, temper emotion for fear of repercussions, and endure such constant scrutiny that they must become endlessly adaptable. Magical feminism—a subgenre of magical realism that’s usually employed in a feminist and postcolonial context—embodies these contradictions, producing them on the page by melding the surreal and the quotidian.

Contradictions in magical feminism are accepted as part of the general female experience: women can be both witches and healers, can bear the burdens of sexual trauma and still seek pleasure. The mundane and the impossible coexist to achieve a defamiliarization that mirrors the strangeness of everyday female experience. There could be demons manning the cash register at the grocery store, ghosts riding the bus, or people turning into animals. Magical feminism also subverts the restrictive conditions of reality to allow female-identifying characters to reclaim agency. In these texts, women use extraordinary power in order to affect their wills; magic enables them to re-create the world as they want it to be.

Short stories are the perfect vehicle for magical feminism because each one functions as its own encapsulated world. Every story has its own rules, its own internal logic. Story collections, then, can convey one writer’s manifold experiences of reality, communicating a few central themes from a multitude of angles. If a short story is a planet, a collection is a universe.

Safe as Houses by Marie-Helene Bertino

This Iowa Short Fiction Award-winning collection runs the gamut from actual aliens to emotional alienation. In the title story, an English professor mourning the loss of his wife robs other people’s homes of sentimental objects. Another piece features a woman having dinner with the idea of her ex-boyfriend, wondering why we often love the fantasies we invent more than our own realities.

This book proves that not all houses are shelters. Still, it’s possible to find comfort in the corners of Bertino’s world. Read a story from the collection here, and to hear Bertino talk more about the art of incorporating magical feminism into fiction, listen to her salon with Elissa Washuta here.

Cohen’s debut features a host of protagonists, all named Sarah, who grapple with whiteness, privilege, and heteronormativity in ways that range from quotidian to fantastic. Each Sarah resists the singular (but also conventional) identity that’s been assigned to her: one plays dead for a necrophiliac, one becomes a tree, and one submits to a culture of normalized sexual violence in pursuit of a coveted “Mrs. Degree.” The collection as a whole employs strangeness to interrogate how malleable women’s identities can really be. Read “Sarahland” here.

The Rock Eaters by Brenda Peynado

This collection proves Peynado’s mastery of double-meanings and metaphors. A story called “The Dreamers” explores an overlapping group of young, undocumented immigrants and a magically sleepless religious order. In the title story, children levitate, floating away from their families and home countries. They take to eating rocks in order to stay grounded. This genre-bending book tackles diaspora and xenophobia, using speculative elements to make the difficult experiences of first-generation immigrants emotionally intelligible.

Best known for Everything Under, her genderfluid take on the Oedipus myth, Daisy Johnson’s stories are just as creative and timely as her novels. In this collection, set entirely in the drained marshlands of England, girls transform into eels, the dead are reincarnated as foxes, and a house falls in love with its inhabitants. The fens are liminal spaces that change with the tides, and Johnson draws sharp parallels between the landscape and what it means to be female. Read Roberto Rodriguez-Estrada’s interview with Johnson here.

Her Body and Other Parties by Carmen Maria Machado

Magical feminism at its finest: this collection handles queerness, trauma, and women’s agency through an uncanny lens. Machado’s tales, like many magical feminist pieces, defy genre classifications: she writes a campy take on Law and Order: SVU with as much poignancy as a story about an epidemic causing women to evanesce.

A National Book Award finalist and winner of the Shirley Jackson Award, this book asks what it means to have a female body and what powerful forces such a body might contain. Read more about the impact of Machado’s work in “What I Don’t Tell My Students About The Husband Stitch.”

The Dark Dark by Samantha Hunt

Pregnancy and motherhood are at the fore of this book. In one story, thirteen simultaneously pregnant teenagers bewilder a high school guidance counselor. In another, a woman who’s had a miscarriage suffers quietly as she anticipates the destruction of an approaching hurricane.

Throughout this collection, Hunt asks who gets to be a mother, who deserves to be one, and how those two things differ. She also uses the surreal to look at the romantic and interpersonal. In “Beast,” a woman who’s questioning her relationship turns into a deer at night. You can read Hunt’s personal, intimate writing over and over, relishing something new every time.

Sofia Samatar updates some classic myths and invents her own with this collection. In “Selkie Stories are for Losers,” a poignant coming-of-age story featuring the were-seals of Irish and Scottish legend, a teenager comes to terms with the reason her mother has left her family.

The title story revolves around a woman who’s given up her life as a mother and businesswoman to tend a radioactive waste facility, which she can never leave. Throughout this collection, Samatar employs magical realism and sci-fi tropes to interrogate how women claim agency—and at what cost. Read Samatar’s “Miss Snowfall” here.

The Bloody Chamber by Angela Carter

Contemporary readers already know that female characters have little power in fairytales. But what would happen if Belle never fell in love with the Beast, or if Red Riding Hood’s desire was fierce enough to tame the wolf?

Carter twists traditional tales into almost unrecognizable shapes in this collection, highlighting how women are perceived, objectified, and often underestimated. Outside the context of their fables, her characters are recognizable in their humanity: driven by desire, rash in their decision-making, and infinitely fallible. These stories revolutionized the feminist fairytale in the 1980’s, and remain just as relevant today. For a glimpse into the collection, read “The Lady of the House of Love.”

The nine linked stories in this collection address youth and desire, locks and keys, individuality and conformity. They lay bare identity from different angles, usually in ways that provide more questions than answers. They are all undeniably magical. “Is Your Blood As Red As This?” features one character who’s a ghost and another who’s a genderless puppet in human form. In “Books and Roses,” one key opens a library, a garden, and clues to two lovers’ fates. Oyeyemi’s prose is dreamlike, scintillating, and impossible to put down.

Likes follows girls becoming women, women reminiscing on girlhood, and all of the changes that come in between. Bynum’s metamorphoses encompass both the strange and the mundane: in one story, a father watches his daughter grow through the lens of her Instagram page; in another, a mother and daughter navigate a world of fairies, elves, and private school elitism. Bynum’s writing is sharp and observant throughout, defamiliarizing a world we know so well that it often gets overlooked.

The Stories of Eva Luna by Isabel Allende

This collection is arguably the progenitor of the magical feminist genre. The book’s narrator entertains her lover with the stories it contains; Interweaving the real and the magical, Eva Luna’s stories explore love, vengeance, and female strength. She describes a priest whose prayers to a local saint restore his sight, a schoolteacher who enlists the whole town in burying the body of the man she has decapitated, and a woman who sells words so powerful they turn an outlaw into a political candidate. This collection explores the ways women use words to shape both their own identities and the world around them.