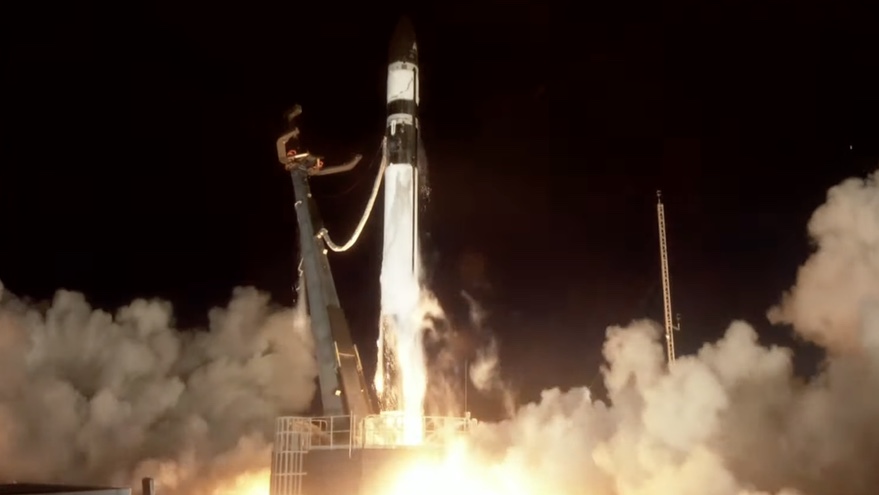 WASHINGTON — Rocket Lab returned its Electron rocket to flight July 29 with the successful launch of an experimental satellite for the U.S. Space Force.

The Electron lifted off from the company’s Launch Complex 1 in New Zealand at 2 a.m. Eastern. The rocket’s two stages performed normally and, after a coast phase, the vehicle’s kick stage deployed the Monolith satellite 52 minutes after liftoff into a 600-kilometer orbit at an inclination of 37 degrees.

The launch was the first for Electron since a May 15 mission that failed to reach orbit when the rocket’s second stage engine shut down moments after ignition. The company traced the failure to “a previously undetectable failure mode” in the ignition system not seen in earlier launches or in ground testing. That problem corrupted signals in the computer on the stage, which in turn caused the thrust vector control system to “deviate outside nominal parameters” and forced the engine to shut down.

That failure was the second in less than a year for the Electron and the third in 20 launches. In response to the May launch failure, the company created what it called “redundancies” in the ignition system, such as changes to the design of the igniter and how it is manufactured, to prevent the problem from happening again.

“We are back on the pad today with an even more reliable launch vehicle,” said Murielle Baker, host of the Rocket Lab webcast of the launch.

Monolith, SMC said in a statement, will test a large deployable sensor designed to fit on one of the sides of a 6U or 12U cubesat. The tests will examine how a sensor whose mass is “a substantial fraction” of the overall spacecraft affects the dynamic properties of the spacecraft and its attitude control.

The spacecraft will also “provide a platform to test future space protection capabilities,” SMC stated, but did not elaborate on those capabilities.

Monolith was originally slated to go on the inaugural launch from Rocket Lab’s Launch Complex 2 at Wallops Island, Virginia. However, Rocket Lab said it moved the mission to New Zealand “while NASA continues certification processes for autonomous flight termination system software for launches” from Launch Complex 2.

Development of that software has taken much longer than anticipated. In a November 2020 talk, David Pierce, director of NASA’s Wallops Flight Facility, said reviews of the software last summer found errors that would take time to correct. “We expect that, under the current rate in which we’re developing and correcting the code errors, we should be ready to certify that unit in the first half of ’21,” he said then.

The software is still not complete past the halfway mark of 2021. “NASA has enlisted the support of the U.S. Air Force, U.S. Space Force, the Federal Aviation Administration and NASA’s Independent Verification and Validation Facility to ensure the system’s performance, and we are targeting certifying the unit by the end of the fourth quarter of 2021,” NASA spokesman Jeremy Eggers told SpaceNews July 28.

The successful launch comes as Rocket Lab is in the final stages of completing its merger with Vector Acquisition Corp., a special-purpose acquisition company (SPAC), announced in March. The merger would provide Rocket Lab with $750 million in capital and value the company at $4.1 billion.

Shareholders of Vector Acquisition Corp. are scheduled to vote on the merger Aug. 20, the last major milestone before the merger closes.