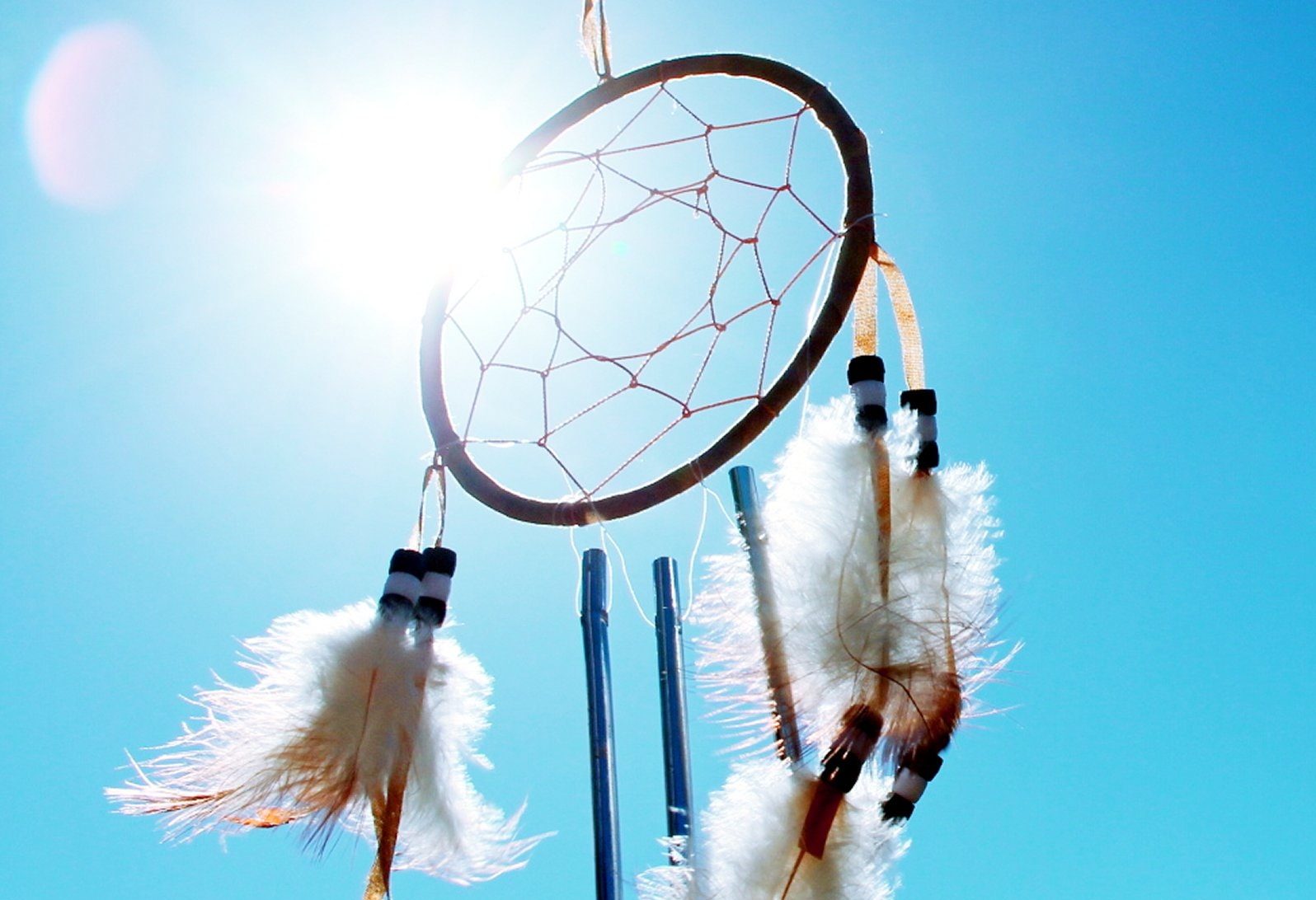 In 2021, the Keystone XL pipeline, which threatened Indigenous burial and archeological sites, was officially cancelled. Canada celebrated its first National Day for Truth and Reconciliation to honor the lost children and survivors of residential schools on September 30. And the Yukon Tribe received the green light to reestablish California condors, a critically endangered species of cultural and ecological importance, in the Pacific Northwest for the first time in over a century. Indigenous activists fought hard for each of these wins.

This Indigenous Peoples’ Day, it’s time to forget colonial and reductionist narratives about what year Columbus sailed west. Instead, let’s celebrate the abundance of works by talented Native writers being published in 2021: explore characters who go undercover in FBI investigations, delve into a parent’s difficult past, reclaim their land and reframe their history for the better. These 10 new books from Native authors are dissimilar from one another in many ways—they span from fiction to nonfiction, genre to literary pieces, and are set everywhere from Oklahoma to Michigan—but each narrative proves propulsive. Discover who the villains are, whether they are cast as simply as capitalist drug dealers or as complexly as systemic racism. Explore the works of highly decorated fiction writers and those making scorching debuts.

The Removed by Brandon Hobson

Seamlessly blending Cherokee folklore and generational trauma, Brandon Hobson’s second novel builds on the themes that earned him a National Book Award nomination in 2018. Told from multiple perspectives, the novel follows the Echota family as they prepare for their annual bonfire commemorating the loss of their middle child, killed by a white police officer 15 years before the story opens. When Maria Echota, the family matriarch, agrees to foster a 12-year-old Cherokee boy navigating his own trauma, the family’s emotional scars—visible and unseen—are given new light. The Removed is a haunting blurring of past and present, grief and hope, purgatory and Earth.

The death of Geller’s mother, following a period of homelessness and substance abuse, serves as the impetus for the author’s journey into the past. In the assured prose of a creative writing instructor, Geller’s memoir traces her mother’s departure from the Navajo reservation at 19 and catalogs her life thereafter in letters, photographs, diaries, and personal items. As Geller reconstructs her mother’s story, she is forced to confront her own. This memoir is a moving examination of Navajo identity, family relationships, and the power of history.

Hunting by Stars by Cherie Dimaline

In a dystopian universe, only a precious few—the Indigenous people of North America—retain the ability to dream. In residential “schools” across a disaster-scarred landscape, the government imprisons Native people and harvests their bone marrow to treat non-dreamers. The novel, DiMaline’s second installment in her young adult series, picks up where The Marrow Thieves left off: 17-year-old Frenchie wakes up in a dark room while his found family of dreamers searches for him on the outside. Hunting by Stars is a page-turning adventure that pairs a diverse cast with high stakes.

The Seed Keeper by Diane Wilson

Rosalie Iron Wing spends the first 12 years of her life in communion with the land. Her Native father raises her in the tradition of the Dakota people with a deep respect for her roots. But when he dies, Rosalie’s ties to her history are abruptly severed. After six years in a white foster care family, she marries a white farmer, becomes a mother, and makes a life on land stolen from her ancestors. The story opens 28 years later when a widowed Rosalie finally returns to her home to reclaim her past. Told in narratives layered with the voices of Rosalie and her female ancestors, Diane Wilson’s debut is a meditation on generational loss and a people’s profound connection to the land.

When Two Feathers Fell From the Sky by Margaret Verble

It’s 1926 and Two Feathers, a young Cherokee woman, is determined to succeed as a horse diver for the Glendale Park Zoo, an amusement park in segregated Nashville. But when a sinkhole opens up during a performance, Two Feathers’ injuries sideline her act and strange things begin happening at the Park. Blending historical fiction and magical realism, Margaret Verble’s eclectic cast of characters offer readers a lens on race and social class against the backdrop of a dangerous and outlandish landscape.

Savannah Johnston’s debut is a post-colonial collection of stories about the everyday lives of Indigenous people in Oklahoma. The characters in Rites are flawed and complex, many of them trapped in cycles of intergenerational harm; indeed, some of them actively perpetuate cycles of despair. Johnston’s stories give an unflinching look into the modern-day Indigenous experience.

In this YA thriller, 18-year-old Daunis Fontaine struggles to find belonging, whether it is with her paternal Anishinaabe side on the Ojibwe reservation, or her white maternal side in Sault Ste. Marie, Michigan. Daunis witnesses a murder and finds herself undercover in an FBI investigation regarding a hallucinogenic form of meth with an ever-increasing body count. In this debut, Boulley has crafted a robust lead who navigates familial struggles and sacrifices, fake romance and secrets, hockey and chemistry, and grief and racism with nuance and heart.

An Afro-Indigenous History of the United States by Kyle T. Mays

Kyle R. Mays, a Black Saginaw Chippewa writer and historian, explores anti-Blackness and settler colonialism alongside one another in order to reframe our understanding of American history. Mays’ work is novel in that it acknowledges the intersectional nature of Black and indigenous struggles for freedom, both historically and in the present moment.

As part of Beacon Press’s ReVisioning American History series, the book explores everything from The Declaration of Independence and sacred Native texts to the Civil Rights Movement and modern-day conversations about cultural appropriation. In tackling the origins of the riffs between Indigenous and Black communities and the shared harm that capitalism and colonialism have inflicted on both, the potential for Afro-Indigenous solidarity is presented as a powerful tool in combating white supremacy.

My Heart Is a Chainsaw by Stephen Graham Jones

Jade escapes the parts of her life she doesn’t like to think about—like living with her abusive, alcoholic father or that fact that she doesn’t speak to her mom—by delving instead into the gore and drama of slasher films. Her encyclopedic knowledge of Halloween films becomes more than a lighthearted obsession though, when she becomes convinced that her hometown of Proofrock, Idaho is under the grasp of a very real serial killer. Graham Jones doesn’t shy away from graphic descriptions of bodies or characters battling with the darkest realms of human experience, spanning everything from gentrification to child abuse. But the creepiness and gore is not just decoration and instead serves the emotional heart of the story: a young, part-Indian girl trying to make sense of her trauma, to survive.

The Sentence by Louise Erdrich

It’s just bookseller Tookie’s bad luck that when Flora—the most annoying customer at the independent Minneapolis bookstore where she works—dies in November 2019, she decides to stick around as a ghost. In a story that spans the following historic year, particularly for Minneapolitans, the death of this acquaintance and the murder of George Floyd work alongside one another on personal and political planes to interrogate the ways in which we are haunted, by histories of violence, our own pasts, and all that we cannot change.

With complicated relationships taking center stage (or perhaps bookstore aisle, in this case), we discover that “Indigenous wannabe” Flora considers Tookie her best friend and that Tookie, who is Ojibwe, ends up married to the tribal cop who arrested her before her ten-year stint in prison. In a book that is as funny as it is poignant, Pulitzer prize-winner Erdich grapples with this contemporary moment of grief, violence against Black and Indigenous bodies, and national unrest, without forgetting the weight of history and how it continues to shape the present day — a specter not always seen but intimately felt.