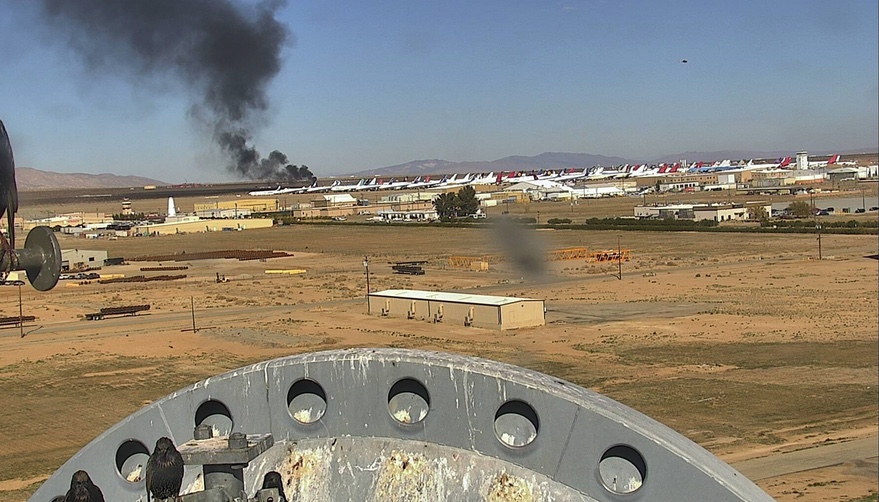 WASHINGTON — ABL Space Systems said the second stage of the small launch vehicle they are developing was destroyed in an accident during testing Jan. 19.

Observers at Mojave Air and Space Port in California reported hearing a boom around 4:30 p.m. Eastern, followed by a plume of black smoke. The plume, visible throughout the area, including by cameras that are part of a wildfire tracking network, dispersed within 20 minutes. There were no reports of any injuries.

The airport, which also has a spaceport license from the Federal Aviation Administration, hosts several companies that perform engine firings and other tests there. Industry sources said the incident appeared to be at a site used by ABL Space Systems, a small launch vehicle developer.

Dan Piemont, president of ABL Space Systems, confirmed that the incident took place during a test by the company. “This afternoon we lost Stage 2 of RS1 in a test anomaly,” he told SpaceNews. “Everyone is safe and the team did an admirable job navigating the anomaly working to safe the test stand.”

RS1 is the small launch vehicle the company is developing. The two-stage vehicle is powered by E2 engines the company developed that use liquid oxygen and RP-1 propellants. The second stage has a single E2 engine, generating 13,000 pounds-force of thrust, while the first stage has nine E2 engines. The vehicle is designed to place up to 1,350 kilograms into low Earth orbit at a target price of $12 million.

ABL has yet to attempt a first launch of RS1. In an October interview, Piemont said the company was hoping to perform a launch from Kodiak Island, Alaska, before the end of 2021, but the company has not provided an update since then on its launch plans.

While the company has yet to launch an RS1, it has been successful in raising money and signing customers. ABL raised $200 million in October, an extension of a $170 million Series B round it raised seven months earlier. The company said the latest round would funding scaling up production of the RS1.

Lockheed Martin signed a contract in April 2021 for as many as 58 RS1 launches over the next decade, and separately selected ABL to perform its “UK Pathfinder” launch for the British government from a spaceport in the Shetland Islands. Amazon signed a contract with ABL in November to launch two prototype satellites for its Project Kuiper broadband megaconstellation.