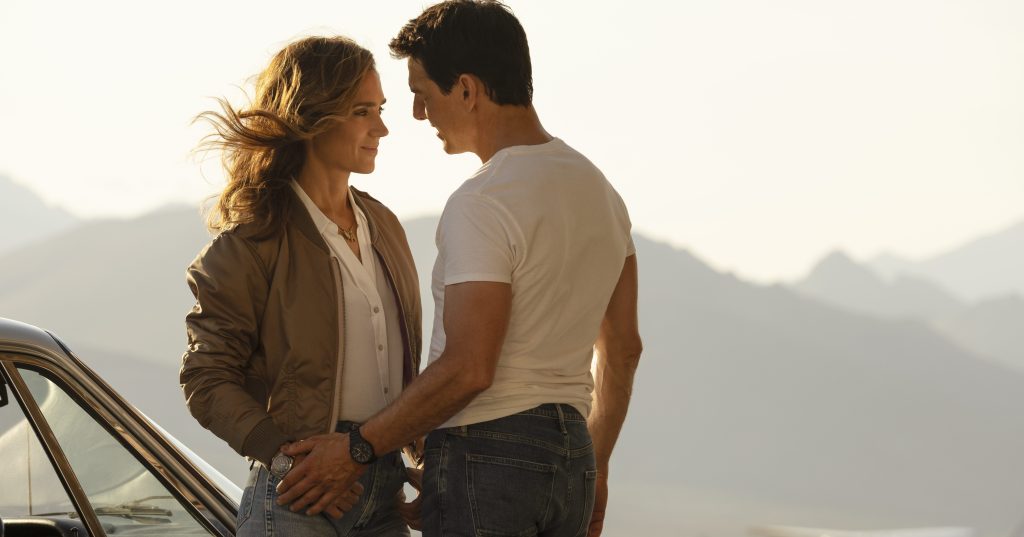 After holding what is one of the most anticipated sequels in decades due to Covid, Paramount finally roars its engines on its Tom Cruise feature Top Gun: Maverick in what is not only expected to be the 3x Oscar nominee’s best worldwide opening of his career at $180M, but also a record for him stateside with at least $92M-$100M+ and what also looks to be one of the top ten debuts over the 4-day Memorial Day weekend.

Awareness around the globe is sky-high, and though tracking stateside shows older men being dominant, the hope here is that Top Gun 2 is a ‘five-quad’ movie as those in the industry call an aggressive overperforming title.

You could say in fact, Paramount has been warming up its jets on this for arguably the last month in a rolling global tour; a marketing plan which has drawn great praise from rival studios. Top Gun 2 took off with a preview at CinemaCon Las Vegas in late April where exhibitors and trade press immediately called it an awards season contender given the pic’s rich heart. This was followed by a San Diego naval base world premiere where the red carpet was rolled out on the USS Midway aircraft carrier. Then there was a big splash here at the Cannes Film Festival last week, where Cruise sat down for a masterclass, received a surprise Palme d’Or while French fighter jets streamed above the Palais premiere. Then there was the London Royal premiere, followed by a Tokyo premiere; that latter country a big one for Cruise where M:I – Fallout grossed over $42M unadjusted for inflation. How do you know when big movies are back? When Tom Cruise tours his tentpole around the world.

All of this has swelled to a 97% certified fresh score on Rotten Tomatoes; enough to convince the non-frequent moviegoer that it’s well worth it to spend $12-$20 for a ticket this coming weekend.

In U.S. and Canada, the co-financed and co-produced Skydance sequel is booked at 4,727 theaters; arguably the widest release ever, besting the location count of 2019’s The Lion King (4,725 theaters), and the pandemic debuts of Spider-Man: No Way Home (4,336 theaters) and Doctor Strange in the Multiverse of Madness (4,534 sites). Previews start at 3PM on Thursday. However, yesterday, theaters coast to coast hosted “Top Gun Tuesday,” a special pre-opening fan event which started at 7PM presented in Dolby Cinema, IMAX, and other premium large format screens.

Cruise’s previous biggest 3-day at the domestic box office was 2005’s War of the Worlds, which earned $64.8M in what was an extended July 4 launch that began on Wednesday June 29 that year. As far as worldwide openings go, it’s Cruise’s $195M misfire The Mummy which ranks as the actor’s best debut with $172.3M. Note that start included Russia, where Top Gun 2 won’t fly, and China which isn’t in the mix this weekend.

Overall, 62 foreign markets are on deck for the Joseph Kosinski directed film at 23,600 locations for what is shaping up to be an $80M overseas opening.

The foreign box office is in a healthy place. Last weekend there were a number of holds, i.e. The Bad Guys was +10%, so Top Gun 2 is flying into azure skies. In historical numbers, Cruise’s Mission: Impossible — Fallout began with $94.6M overseas, while The Mummy is Cruise’s best offshore with $140.7M. We’ve been told there aren’t really any like-for-likes given the legacy factor of the Top Gun IP, but some are comparing to M:I – Fallout.

Today, France, Belgium, Egypt, Iceland, Indonesia, Italy, Norway, Philippines, Sweden and Switzerland are taking off. Italy was one of the territories that fired off sneaks last weekend, where Top Gun: Maverick shot to No. 1.

The one holdout territory is Korea, which is another mega Cruise market; that territory still recouping from Covid. It’s not a big piracy market, so when Top Gun 2 lands there, look for it to do well. M:I – Fallout did close to $50M in historical ticket sales there. The Paramount/Skydance sequel is certain to do well in the mature Euro markets of UK and France.

Another delayed feature due to the pandemic is Disney/20th Century Studios’ The Bob’s Burgers Movie based on the cult Fox TV animated series. Booked at 3,400 locations, the movie is looking at a $10M-$14M start in US and Canada. Pic turns on the gas with Thursday previews at 5PM. Rotten Tomatoes stands at 93% fresh. The movie is also hitting Australia, UK and New Zealand with some smaller Latin American territories. Directed by Loren Bouchard & Bernard Derriman, the pic follows the Belchers, who try to save their restaurant from closing as a sinkhole forms in front of it. Meanwhile their kids try to solve a mystery that could save the venue. H. Jon Benjamin, Dan Mintz, Eugene Mirman, Larry Murphy, John Roberts, Kristen Schaal, with Zach Galifianakis and Kevin Kline comprise the voiceover cast.