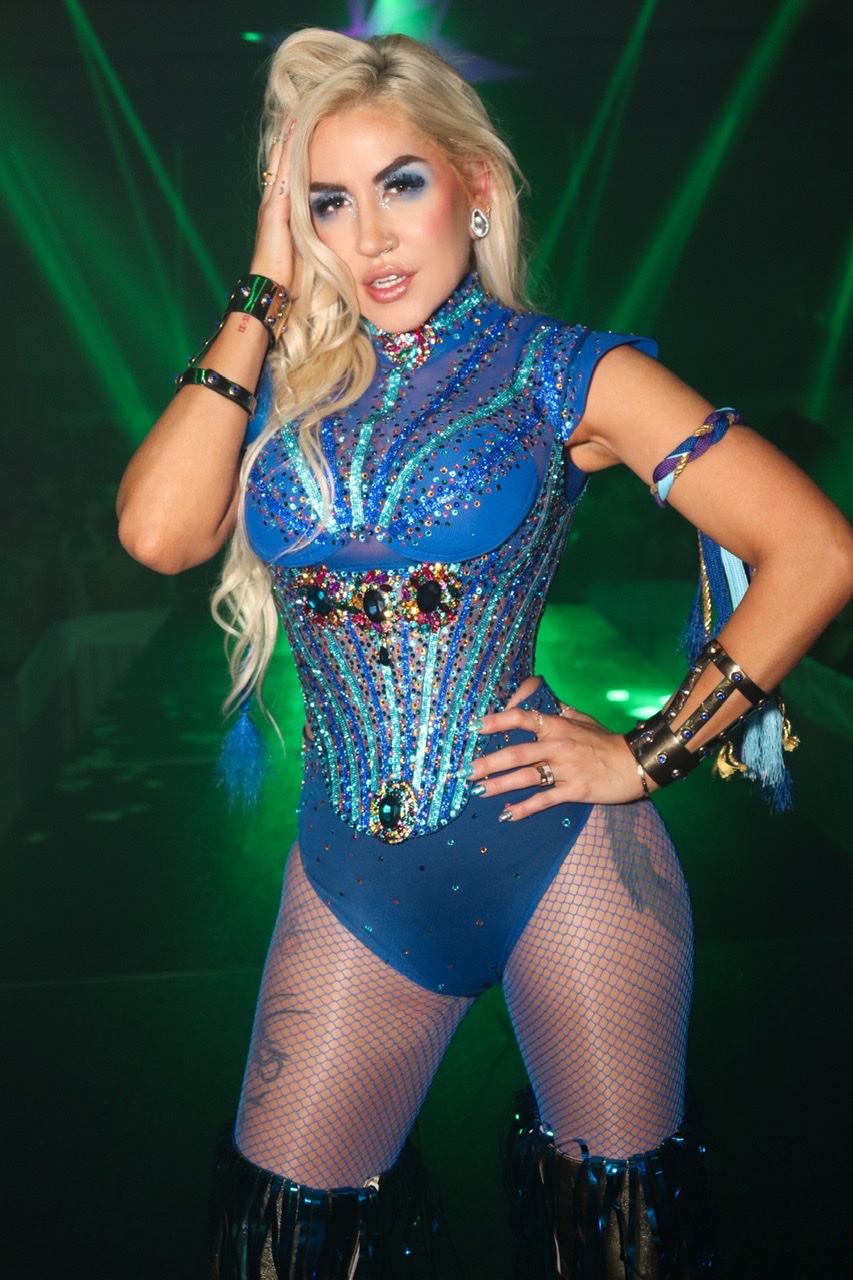 Five supporting male dancers provided the backdrop for Mercy’s set, which included Going Down and Dearest Alice, two tracks from her EP. As her Friday show exploded onto the stage, the required White Party dress code was quickly cast aside as both Mercy and the dancers stripped down to jungle-inspired dancewear as the tempo took over the dance floor.

“I couldn’t be happier with our performance,” Mercy said during a recent interview. “The crowd was awesome, the dancers were the best, and it was simply amazing to be back in the real world. The pandemic has been tough but the spirit of the White Party hasn’t faded at all. It was quite the experience.” 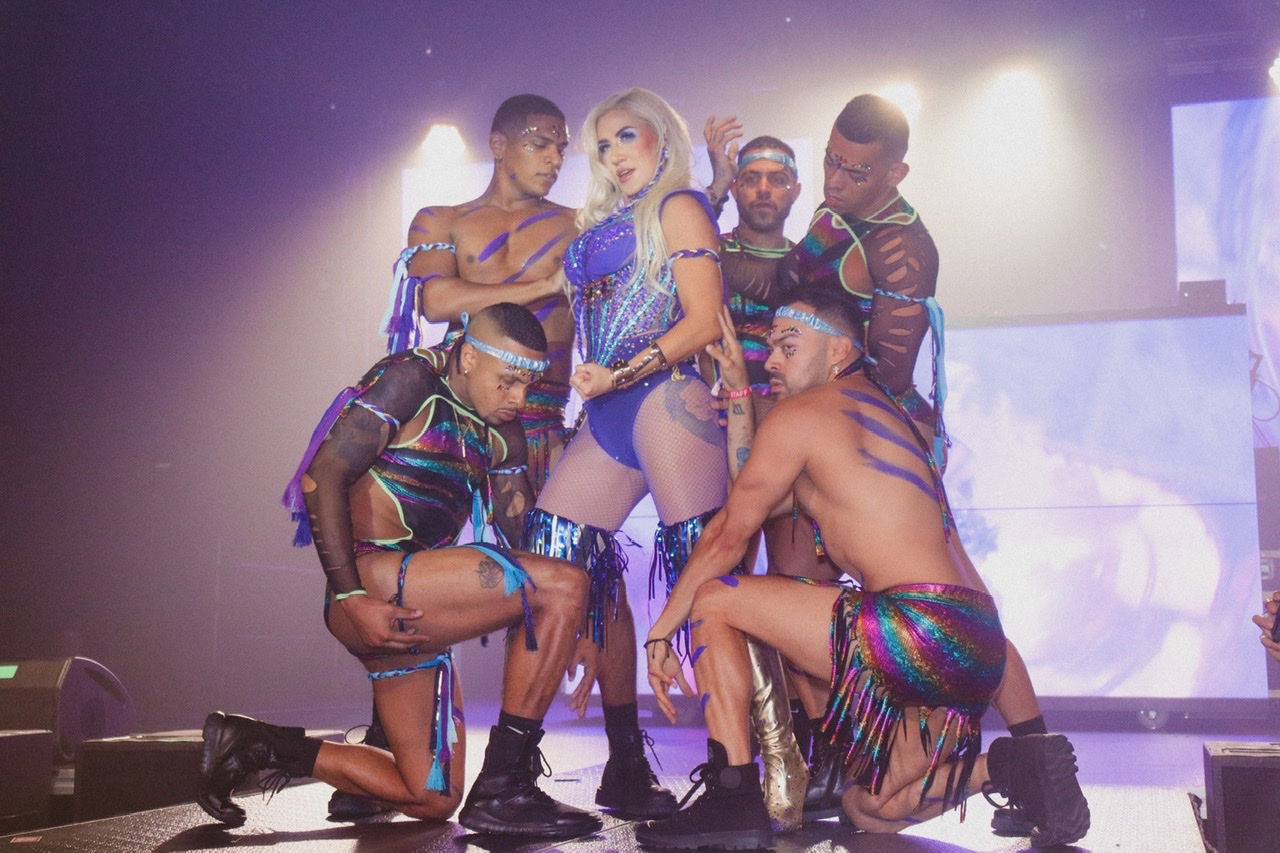 The experiences didn’t stop on Friday. The weekend continued with dancing, top-of-the-line sound and video, the hottest go-go boys, and a who’s who of global DJs. There were three of the festival’s world-renown Soaked! Pool Parties.

Mercy reclaimed the stage for an encore performance on Sunday during the final Soaked! event at the Hilton before joining in the weekend’s wrap-up event, the Big Top Circus extravaganza and the superhero-themed closing party.

The White Party event was the first US performance by the rising singer and dancer. She has made numerous appearances in Europe and Mexico, including White Party Puerto Vallarta as part of Industry Night Club’s week-long New Year’s Eve celebration. She also wowed crowds the Diversity Celebration’s main stage at the Ibiza Pride event, which was her first European appearance.

“It’s been amazing,” Mercy said. “The people I’ve met, the places I’ve been, the performers I’ve worked with, they’ve just been the best. And the fact that this latest White Party ended with a Big Top party? I can relate to that.”

“We’re working on the schedule,” she said. “There are a lot of options in front of us right now and we’re looking to see what works where. It’s never easy, but it’s always worthwhile.”