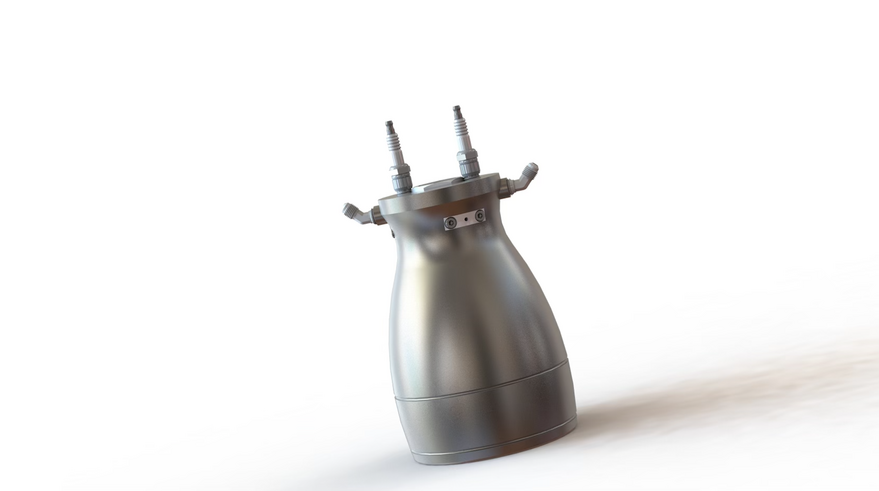 SAN FRANCISCO – Propulsion startup Plasmos is testing its first rocket engine thanks to a $250,000 in-kind investment from Velo3D, a metal additive manufacturing startup known for its work with SpaceX.

“I was for two years an investor before I started Velo3D,” Buller told SpaceNews. “Startups are, first and foremost, the people. Ali is one of those remarkable founders that you believe will prevail no matter what.”

In addition, Buller sees Velo3D’s technology as a game-changer for Plasmos.

“When we see people that are incredible founders with incredible technology that could leverage our capabilities in a meaningful way, we basically say, ‘We have to help this type of company,’” Buller said.

Plasmos, a Colorado corporation based in Los Angeles, was interested in working with Velo3D because the company’s laser powder bed fusion machine could print 95 percent of Plasmos’ chemical-electric engine, including its complicated cooling mechanism.

“That’s not possible with anything else I have seen on the market,” Baghchehsara said.

In the future, Velo3D additive manufacturing also could benefit Plasmos’ plan to develop a vehicle to transport spacecraft within low Earth orbit.

“We are considering using Velo3D technology for the manufacturing of a space tug and space tug components,” Baghchehsara said.

Baghchehsara moved from Iran to Germany as a teenager. In Germany, he earned a master’s degree in aeronautical engineering and worked for the German Aerospace Center DLR and Airbus Defence and Space.

Buller, born in Russia, spent his childhood in Ukraine and Israel. Before moving to the United States, he worked for an Israeli Defense Force intelligence unit focused on advanced technology.