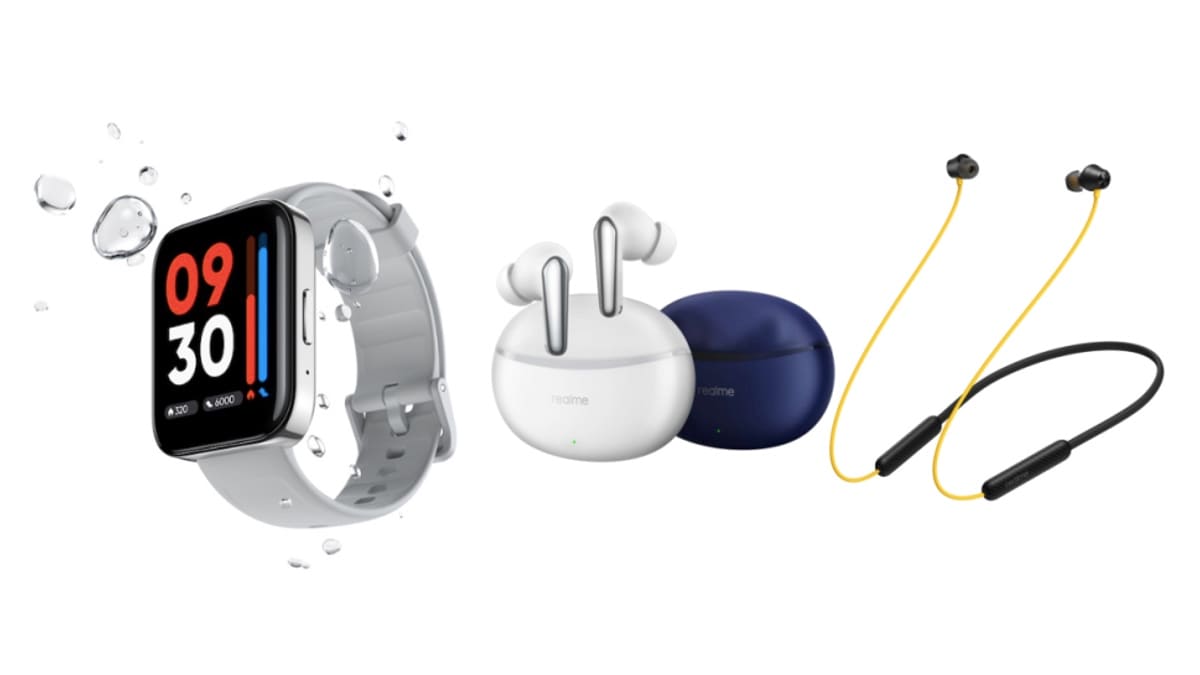 Realme Watch 3 smartwatch, Buds Air 3 Neo true wireless earphones, and Buds Wireless 2S neckband-style wireless earphones have been launched in India. The new products are part of Realme’s growing range of accessories and gadgets made to serve as companion devices to smartphones, and are priced affordably. The Realme Watch 3 has a major feature addition in the form of Bluetooth calling functionality, while the Realme Buds Air 3 Neo have support for Dolby Atmos audio. The Realme Buds Wireless 2S will be priced affordably, and will promise reliable and stable connectivity thanks to Bluetooth 5.3.

Also launched alongside these products is the Realme Flat Monitor and Realme Pad X tablet. All of the newly launched products will be going on sale across Realme’s official retail channels in the coming days.

The Realme Watch 3 is priced at Rs. 3,499 in India, but will be available at an introductory price of Rs. 2,999. The device goes on sale on August 3, and can be purchased on Flipkart, the Realme online store, and select stores.

Realme’s latest smartwatch, the Watch 3’s key feature is Bluetooth calling, thanks to a built-in microphone and speaker system. Once paired, the Realme Watch 3 can function the same as a hands-free speaker device for your smartphone, while on your wrist. Additionally, the device has a 1.8-inch TFT-LCD touch screen, with a resolution of 240×286 pixels.

The smartwatch is IP68 rated for dust and water resistance, and has sensors for heart rate and SpO2 monitoring, and step and sleep tracking, with over 110 fitness modes for workout tracking. There is a 340mAh battery with a claimed battery life of up to seven days per charge. The companion app allows users to download additional watch faces for the Realme Watch 3, with over 100 watch faces available.

The Realme Buds Wireless 2S are available in two colours – black-yellow and blue – and have 11.2mm dynamic drivers. There is Bluetooth 5.3 for connectivity, ENC for calls, dual-device fast switching, and app support as well.