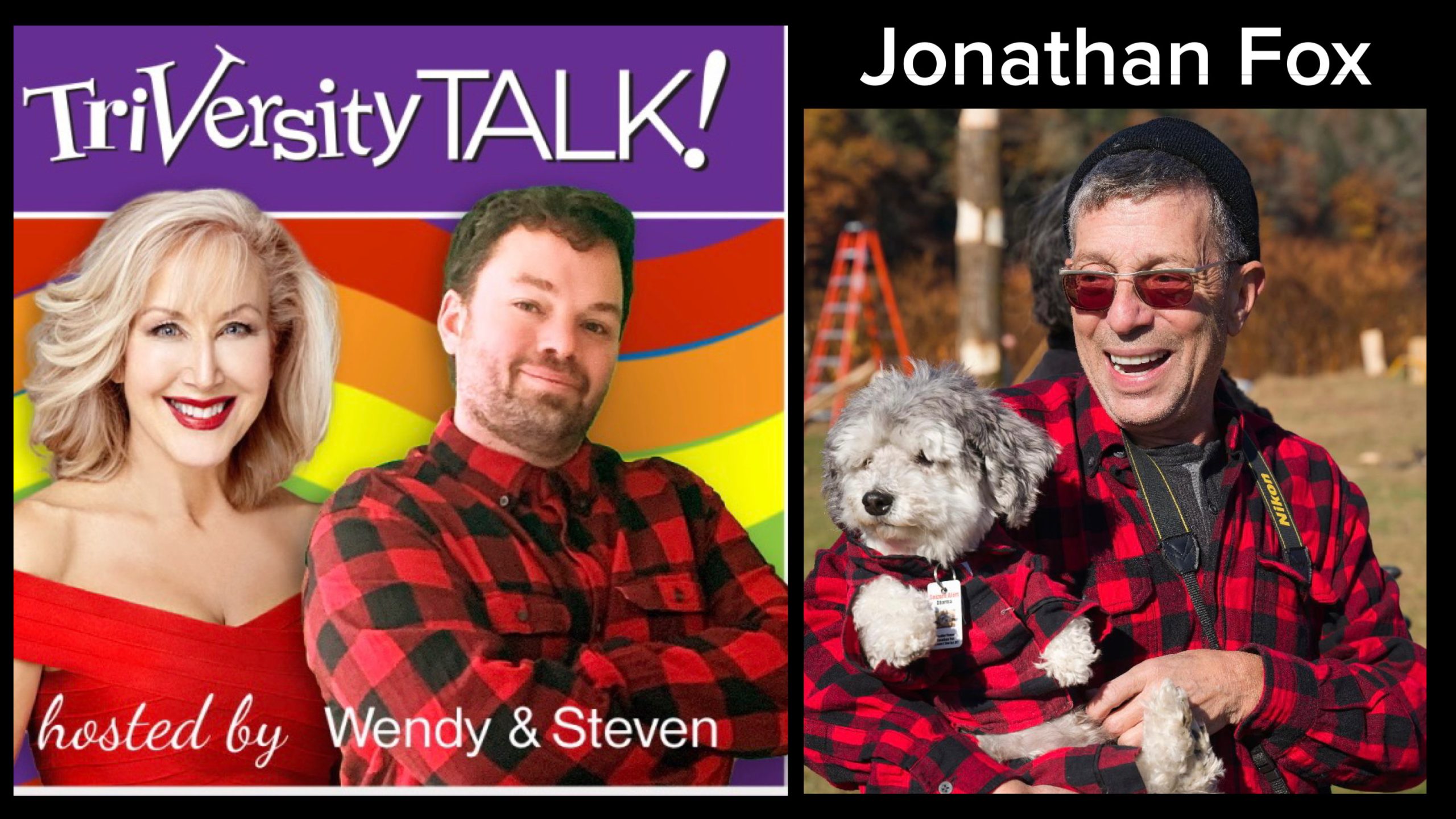 Wendy Stuart and Steven Bloomer Teague will be hosting TriVersity Talk! This Wednesday at 7 PM ET in a replay with featured guest Jonathan Fox. This episode is a part of The Best Of TriVersity Talk series that takes place on the first Wednesday of each month.

TriVersity Talk! is a weekly web series with featured guests discussing their lives, activism and pressing issues in the LGBTQ Community. With TriVersity Talk!, the goal is to laugh and learn.

TriVersity Talk! welcomes reporter extraordinaire, Jonathan Charles Fox to the hot seat! Jonathan lives in Sullivan County, where he spends his time snapping photographs and writing about the world of Arts & Leisure for the award-winning ‘River Reporter’ newspaper. His weekly column- “In My Humble Opinion” is a staple in the Upper Delaware River region and his followers also tune in weekly to hear about Jonathan’s adventures with his trusty companion, Dharma the Wonder Dog, on Thunder 102 radio.

Wendy Stuart and Steven Bloomer Teague speak with Jonathan about his life, his amazing career, and, of course, his life-saving pet, Dharma!

More on Jonathan: For many years, Jonathan Charles Fox worked as a professional actor on stage and screen and his storied career eventually led him to the Catskills, which he now calls home. Fox’s work has appeared in ‘Green Door Magazine,’ ‘Our Country Home,’ ‘The Jewish Journal,’ ‘Music Row Magazine,’ ‘The Milford Journal’ and ‘Upper Delaware Magazine,’ to name just a few. When he is not writing about and photographing stars like Tony Bennett, James Taylor, Brad Paisley or Lady Gaga, Jonathan can be seen following his bliss and taking photographs of the flora and fauna that make up the beautiful landscapes of the Upper Delaware River region.

Subscribe and listen to TriVersity Talk! On Apple Podcasts/iTunes here:

The official website for the TriVersity Center may be found at https://www.triversitycenter.org