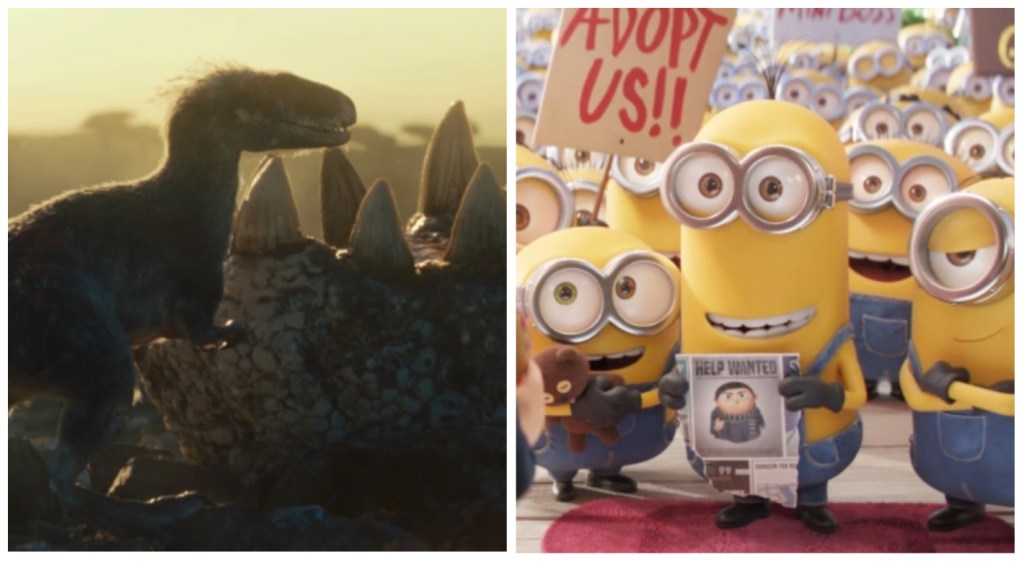 With today’s business included, Universal Pictures is crossing the $3B mark at the global box office for 2022 so far, becoming the first studio to reach the milestone since 2019. The grosses broken out to date are $1.74B at the international box office and $1.281B domestically. This is the eighth time Uni has topped $3B worldwide.

Leading the studio’s biggest releases this year, Jurassic World Dominion is currently at $974.5M global ($601.4M overseas/$373.1M domestic). The Chris Pratt-Bryce Dallas Howard pic is the second-highest-grossing movie of the year worldwide and is one of only eight Hollywood films to cross $500M global during the pandemic.

JWD also just wrapped its run in China where it is the biggest import of the year with a final cume of $157.6M (overall, Uni titles account for five of the Top 10 imported films in the market during the pandemic: F9, JWD, No Time To Die, The Croods: A New Age, The Bad Guys). In Latin America, it’s the 4th highest grossing film since the pandemic hit and Universal’s 4th highest grossing film of all time at today’s exchange rates.

Meanwhile, Minions: The Rise Of Gru has now grossed $790.4M globally, including $446.7M offshore and $343.7M from domestic. The Illumination title is already the biggest animated film of the pandemic and is headed to China this coming weekend.

Other highlights of the year so far also include DreamWorks Animation’s The Bad Guys with a global cume of $246.8M ($150.1M offshore/$96.7M domestic). Opening No. 1 in North America in April, the toon stayed in the Top 10 for more than 10 weeks. In China, it had a terrific run at No. 1 for three weeks and was within the Top 5 for nine weeks, ultimately grossing $50M to be the biggest animated picture of the year in the market.

Just making its overseas debut this weekend, Jordan Peele’s Nope picked up $6.4M in 19 markets, including a No. 1 start in the UK where it’s the director’s widest release ever. Domestically, it has grossed over $100M to make Peele the only live-action writer/director to have their first three original films hit the mark. Globally, the sci-fi thriller has grossed $113.9M through Sunday.