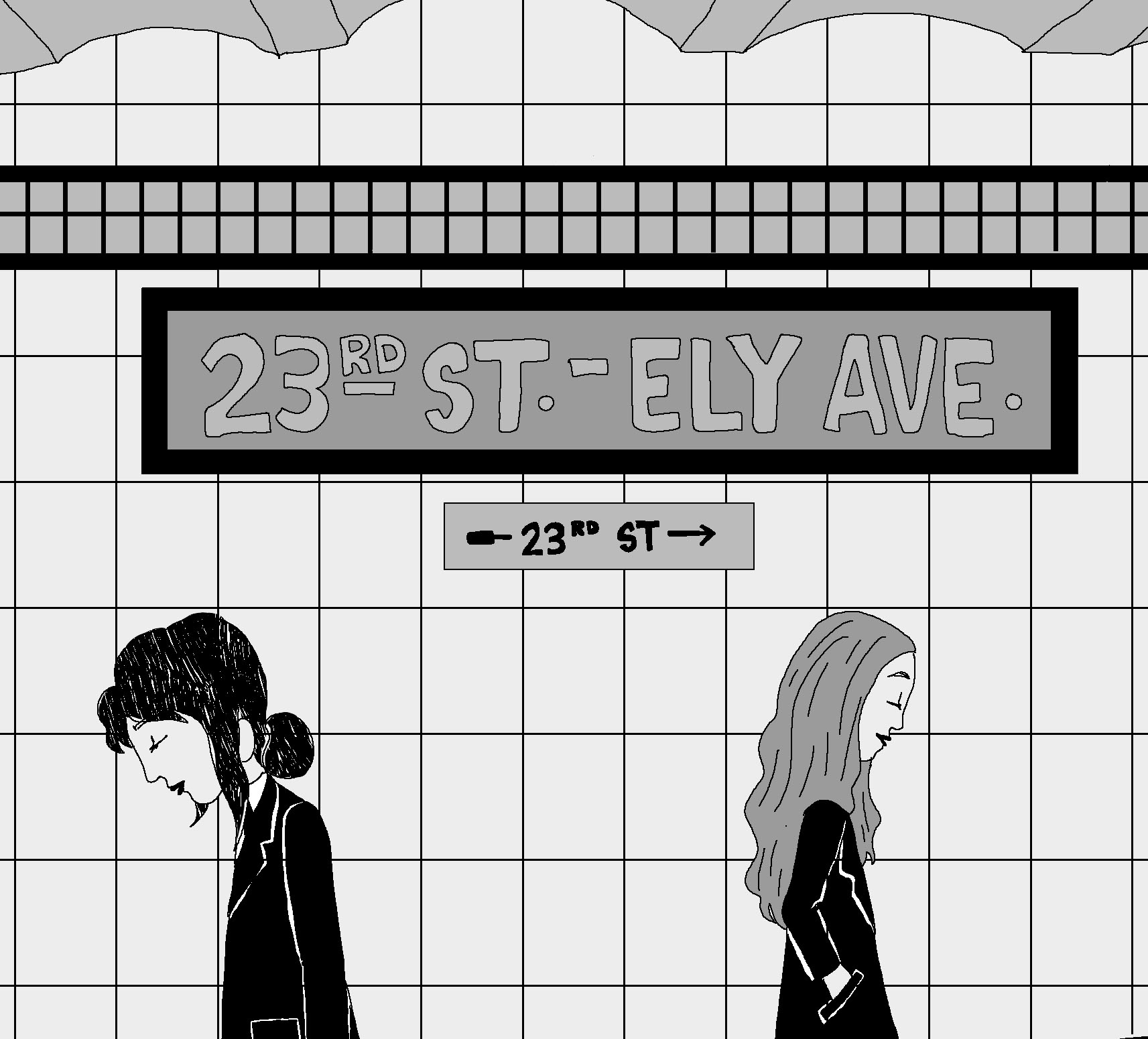 The tried and true sad-girls-in-New-York-City genre has been around for ages: Esther Greenwood descending into a haze of depression during her magazine internship in The Bell Jar, the titular star of Theodore Dreiser’s Sister Carrie risking it all for a new wardrobe and financial freedom, and of course, any one of Edith Wharton’s heroes and anti-heroes, scheming and manipulating their way through New York society. Since then, the trope has been evolving with the times and expanding to reflect the ever-changing nature of the city.

My graphic novel, A Career in Books, follows three sad girls in New York City, working their way up the ladder of the book publishing world. They listen to the Marie Antoinette soundtrack on the G train, they sob at Shake Shack, and make regrettable decisions in K-Town soju bars. In short: classic sad girl in NYC shit.

If you’ve done all of the above—or simply love doing so vicariously, here are 7 contemporary books about women who eschew meaningless platitudes or glitzy portrayals of the city. Instead, they choose to acknowledge and reckon with the very real struggles and stressors of living in a metropolis determined to devour their psyche. Whether they cope with this with the help of their friends, an unhealthy work-life balance, terrible romances and vices, or all of the above, these sad girls claim the city as their own, one subway cry at a time.

A rallying cry for the sad brown girls of the city, the book follows a group of girls from Queens as they navigate their immigrant families, their professional lives, and their diverging paths out of childhood. The multiple voices form a collective portrait of a generation of women who have complicated relationships with their mothers, money, careers, and hometowns. This is the sad girl gang I’ve always wanted.

The book’s protagonist, Isa Epley, embodies everything I wanted to be at 21: gorgeous, confident, and pleasure-seeking. But even she finds herself bogged down by sad girl feelings, and it’s only exacerbated by the tenuous relationship she has with both her best friend and her finances. Like any intensely close duo, they have their fair share of toxic dependence and blurry boundaries, but not even the most incisive therapist can convince them to give up the friendship. All of which, of course, makes for the best stories.

I have a vivid memory of reading this book in line at the Trader Joe’s on 14th street, so enthralled by the opening chapter that I completely forgot I was packed cheek by jowl with hordes of New Yorkers stocking up on kale gnocchi. A common denominator that makes sad girls sad in these books: money. And Min Jin Lee hammers this home in the best way possible, following Casey’s winding path after college, where her expensive tastes lead to soul-sucking finance jobs, beautiful hotels, and an increasing distance between her childhood in Queens.

Sad girls often escape to New York City in search of reprieve, and more often than not, the city only further complicates things. In Plum Bun, light-skinned Angela passes for white and tries to take on this identity in New York, away from her family and childhood. Spoiler alert: she eventually escapes to another city, making this book a part of one of my other favorite genres: Sad Girls in Paris.

Joan Is Okay by Weike Wang

Give me a sad girl who is also obsessed with her career and uses it to shield herself from personal dissection, and I’m all in, baby. Weike Wang is the chronicler of Sad Asian American Girls, and Joan—an ICU doctor wrestling with the death of her father, her tumultuous relationship with her mother, as well as racism and misogyny ​​during the height of the pandemic—is a sterling example of this.

When Penelope returns to her home in Brooklyn, she finds her neighborhood completely unrecognizable due to gentrification and fresh family dynamics. She is forced to reckon with this onslaught of changing relationships: her mother, miles away now in a different country; her father, sick like she’s never seen him before; and her neighbors, now replaced with wealthy strangers.

Who says sad girls can’t also be funny? Or violent? Or thoughtful? Or shocking? The Chinese American characters that make up the stories in Jenny Zhang’s book are all of the above, painting a portrait of immigrant life in America that avoids anything we’ve seen before. Whether they’re in grade school or they’re grizzled mothers, the story’s characters bear witness to the tumultuous time that is girlhood, set in the confounding background of their adopted home country.