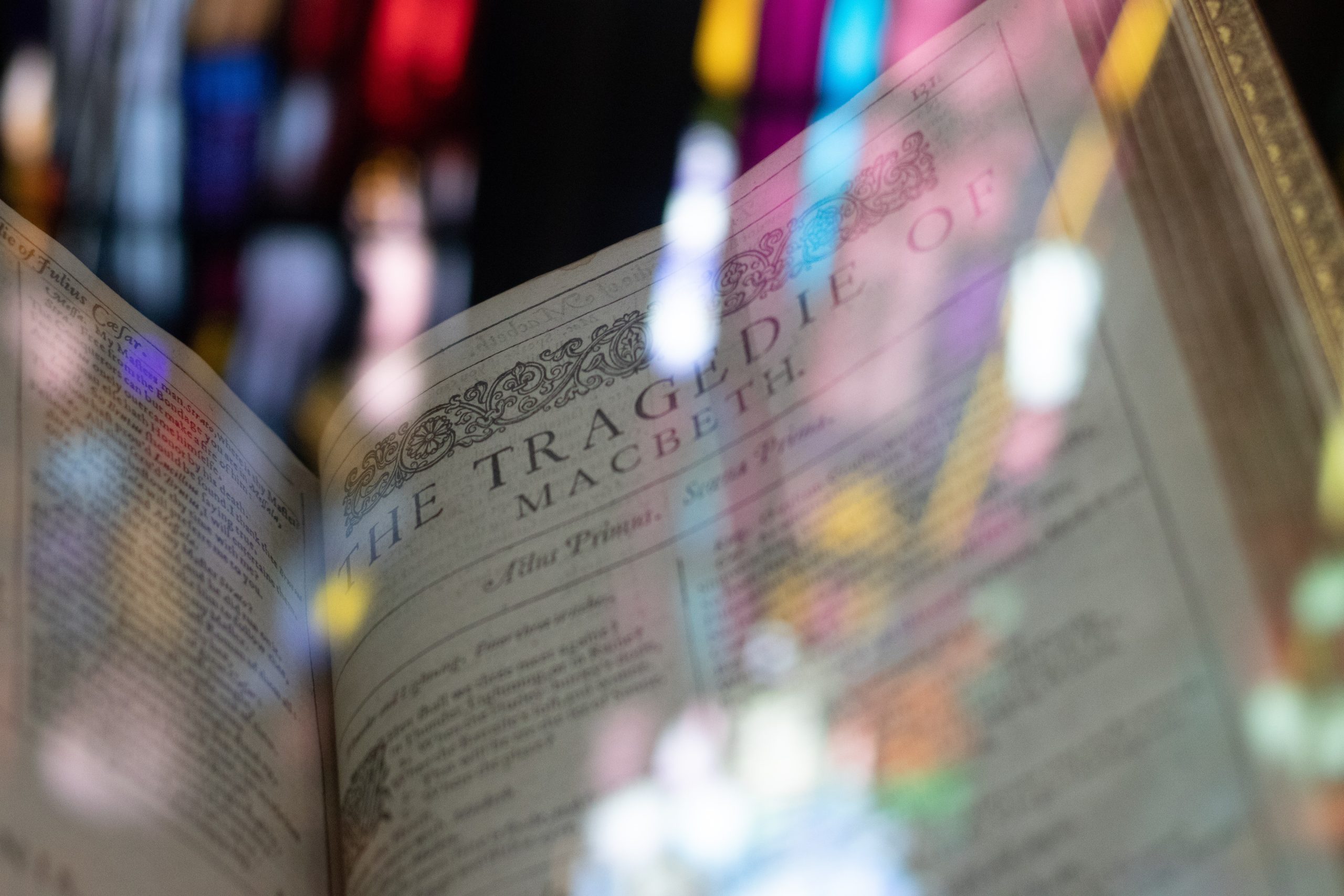 One day, my friend (M/16) comes to me and is like “Dude I just met this girl and she’s amazing and I want to be with her forever.” Clearly he’s coming on a bit strong but his family and this girl’s family have been beefing for ages so I see this marriage as an opportunity for them to reconcile. They want to get married (!!) so I officiate their marriage and it all goes well so I’m like, “Cool! This is going to be great.”

Well turns out it was not going to be great because my friend immediately gets into a fight with his new wife’s cousin and ends up killing him. So now my friend is branded as a murderer and he gets banished from our town. I feel bad that all this shit happened during what was supposed to be like, his honeymoon, so I help arrange for him to spend a night with his wife before he has to leave.

The next day my friend leaves and his wife comes to me all upset because her husband is banished and everyone is telling her to marry this other dude who sucks shit. I come up with what I think is a pretty good plan, and tell her to drink a potion that will make her look dead so that her family leaves her alone. Meanwhile, I’ll send a messenger to her husband giving him a heads up that it’s all fake, and then he can come pick her up and they can just live in the woods together or something. Looking back on the idea I see its flaws but we were under a time crunch and it was the best thing I could think of.

The problem is that my messenger never gets to the husband because he gets stuck in a quarantined house and obviously couldn’t tell me about the delay because like, he was quarantined. So the wife takes the dying potion and all her husband hears is, “Your wife is dead,” with like zero context.

Obviously he freaks out, runs back here, sees his dead wife, and literally kills himself and it’s like, oh fuck. To make things worse, his wife wakes up later and sees her dead husband on the ground and goes through the exact same emotional arc so she kills herself but for real this time. The families end up making amends because of the whole ordeal but there’s still two dead teens and people want to point the blame finger at someone, so AITA for not considering the slim possibility that my harmless plan to reunite two lovers would result in a double suicide?

I (M/30) was feeling pretty bummed recently because my dad died and my uncle married my mom (gross, I know). One night, my friends run up to me and are like, “Bro! Come outside right now!” I follow them outside and there is the ghost of my dad! I’m shocked to see him obviously but then he’s like “Listen, your uncle killed me,” and I’m like “????!!!!” and he’s like “Avenge my death!” and I’m like “Ok!” but I’ve never avenged someone’s death before so I’m like, “How tf do I do that?”

I’m super stressed about all this pressure from my ghost dad and now my mom and my uncle are on my ass about being moody and it’s like “all this shit is literally your fault” but obviously I can’t say that. I see a group of actors is coming to town and I’m like, “Ok, maybe I can work with this.” I decide to have the actors put on this fake play of my father getting murdered to see if it would stoke a reaction in my uncle (it did btw, he totally freaked).

Anyway that essentially proves that my uncle killed my father so obviously I’m really pissed. I go to kill my uncle but he’s praying so I don’t do it then because I don’t want his soul to go to heaven or whatever. I guess he saw me because he ordered me to go to England, which is like, such a dick move because he’s not even my real dad. I go to tell my mom how fucked up the situation is but then I see movement behind the curtain in her bedchamber and I think it’s my dipshit uncle so I stab it with a knife.

It turns out it wasn’t my uncle but actually my gf’s dad which, like, I would have had no way of knowing.  She’s super pissed at me about killing her dad (by accident!) and my mom is furious and so now I really have to go to England which sucks, but AITA for wanting to avenge my father and not automatically assuming my gf’s dad was hiding behind a curtain in my mom’s room?

Me (M/35) and my friend (M/36) were returning from battle when we ran into these three witches (all F/200 or something? 300?) and they told me that one day I would be Thane of Cawdor and eventually King of Scotland. They also said that my friend’s son would be king though he would never be king himself which was like, a weird riddle thing. Kind of a strange interaction but, hey they were just three random crones on the side of the road.

What Does Your Favorite Shakespeare Play Say About You?

We get back to base camp and then the King names me Thane of Cawdor and I’m like, “Woah, weird coincidence.” I’m still kind of suss, but when I get home I tell my wife what happened and she’s like “Omfg you have to kill the king,” and I’m like, “Because three old women shouted nonsense in my general direction?” and she’s like, “Yes 100%.” I’m still hesitant but then she says some really mean stuff so I’m like “Ok! Fine! You win!”

So I go to kill the king and I’m like freaking out and seeing random floating daggers but I do it anyway because I don’t want my wife yelling at me again. I finish the deed and go back to my wife expecting her to be like, “Good job!” or at least like, “Thanks!” but instead she yells at me again because apparently I “did a bad job” and “left evidence at the scene” so it’s like a whole thing because apparently I can never do anything right.

Now I’m super anxious because I just murdered someone and also have all these responsibilities of being king, and my friend and his son is still hanging around. This next thing isn’t my proudest moment, but I hire some people to kill them just to be safe. My wife throws a big dinner party but my mind is all scrambled so I keep seeing my dead friend’s ghost. My wife has zero sympathy for me and basically just tells me to suck it up and stop ruining dinner and I’m like, “There’s a ghost haunting me and you’re worried about dinner??” Anyway the ghost finally goes away and I calm down but by that point everyone thinks I’m losing it.

I go to see the witches again and they tell me that no man or woman born can kill me (nice) until Birnam Wood comes to Dunsinane Castle. That’s basically gibberish so I’m like “Ok, I feel good about the first part at least.” Things are finally looking up for me but now my wife is freaking out and sleepwalking and washing her hands all the time. She ends up killing herself (appreciate everyone who has sent condolences btw) but that makes me super depressed because like, she was mean but she was my wife! So my question is, AITA for doing exactly what my wife told me to do even though it ended in her death, the king’s death, my friend’s death, the death of an entire family, and a period of tyrannical rule in Scotland?

I’m a big romantic, so I wrote my girlfriend a sonnet. It was a great concept – I listed a bunch of things that were wrong with her: wiry hair, pale cheeks, bad breath, grating voice, etc. And ok, writing them all out like this, I can see how it may come off as mean. BUT then at the very end I wrote about how my love for her is even rarer than a shallow love for a woman who has rosy cheeks and coral-red lips and bright eyes. I thought it was a clever subversion of a classic love poem because it’s like, babe, you don’t need all those cliché comparisons. Cute, right?

Long story short, she absolutely hated it. Didn’t appreciate my wit. TBH, I don’t even think she read it to the very end (the good part!!) she just ripped up the paper and stormed off. So AITA for absolutely roasting my girlfriend for six stanzas even though I totally make up for it in the seventh?

Kate Middleton and Meghan Markle Reportedly Didn’t Talk to Each Other at All During the Queen’s Funeral Events
New Amsterdam Season 5 Episode 2 Review: Hook, Line, And Sinker
Quantum Leap Season 1 Episode 2 Review: Atlantis
Hua Hsu Ponders the Meaning of Friendship and Identity in the Face of Loss
Cineworld Sets Timing Of Bankruptcy Reorganization Plan; Cineplex Denied Hearing Over Scuttled Merger But May Be Eyeing Regal