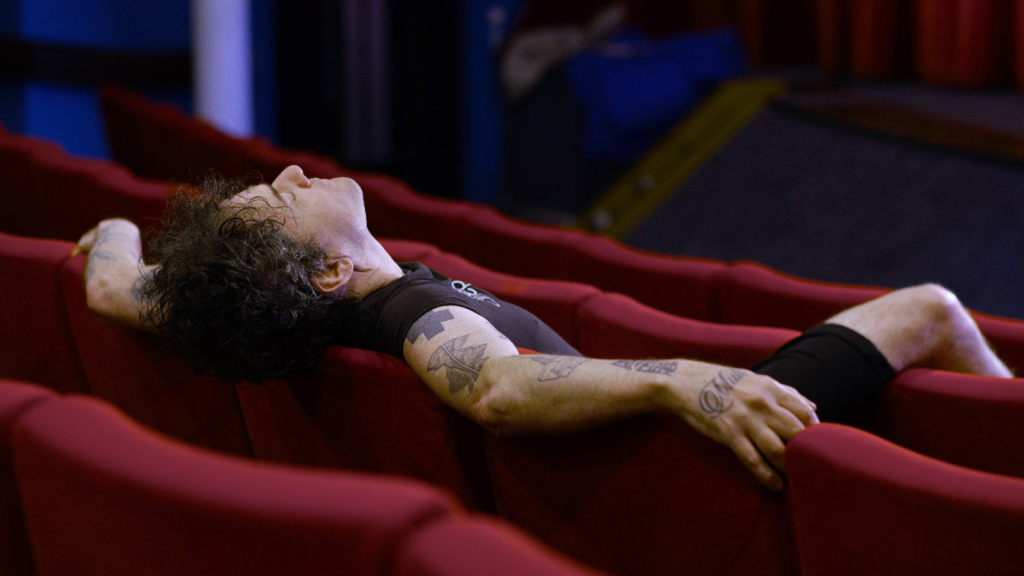 The Story of Film: A New Generation opens at two dozen theaters this weekend — Laemmle Royal in LA, Museum of the Moving Image in NY, Music Box Theatre in Chicago and Brattle in Cambridge. It’s a mix of arthouses, cinematheques, museums and even a few multiplexes for Mark Cousins’ follow-up to his 15-hour, 2011 opus The Story Of Film: An Odyssey. (This one clocks a relatively brief three hours.)

Several theaters are programming repertory series with the release, “which we feel will elevate its profile and continue the conversation,” said Kyle Westphal, head of theatrical sales for Music Box Films, the distributor for both installments.

A New Generation debuted at Cannes to strong reviews, Deadline’s here. Now, Westphal said, the first film, only available in standard definition, has been remastered in HD and both works will be released in a Blu-ray box set. The earlier work, which essentially played as a series given its running time, “was very successful for us. It’s been available on Kanopy for a number of years, and it’s not just for cinephiles, a lot of film professors use it in their classes. It’s an evergreen title for us.”

An Odyssey was Cousins’ expansive inquiry into the state of moviemaking in the 20th century. In a New Generation, the writer and director from Northern Ireland, turns his gaze on world cinema from 2010 to 2021 using films from Frozen, The Babadook and Cemetery of Splendour as launchpads to explore recurring themes and emerging motifs, from the evolution of film language, to technology in moviemaking, to shifting identities. From Parasite and The Farewell to Black Panther and Lover’s Rock, Cousins seeks out films, filmmakers and communities that are underrepresented in traditional film histories, with a particular emphasis on Asian and Middle Eastern works, and documentaries and films that see gender in new ways. Of course, he ponders what comes next in the streaming age.

“The Story of Film is my ongoing love letter to cinema. I hope people love it on the big screen,” Cousins tells Deadline. ‘What an honor that our film is showing in so many great American cities.”

Other specialty openings: Moviefarm presents the last movie starring Roy Scheider, Beautiful Blue Eyes. The actor (Jaws, The French Connection, Marathon Man) died in 2008 during filming and the project was put on hold due to a fault with one of the cameras that meant some shots had to be left out. AI technology eventually repaired the damaged frames, allowing writer-director Joshua Newton to edit and release the movie as he originally envisioned.

Scheider plays an NYPD cop who has spent decades haunted by the murder of his family during WWII. When he believes he has found the Nazi responsible, he enlists his estranged son to help him exact revenge. Cast includes Scott Cohen, Sarah Bolger, Helmut Berger and Alexander Newton.

Moviefarm was launched in April by Marin Myers and Alexander Newton. This is its first release.

Scheider can also be seen in Universal’s re-release of Jaws that rolled out last weekend. Beautiful Blue Eyes will play in every Regal location where Jaws is playing, across 431 theaters.

Greenwich Entertainment presents Hockeyland, a documentary by Tommy Haines that follows two Minnesota high school hockey teams, on 55+ screens throughout Minnesota and a dozen more across the Midwest. It premiered at DOC NYC last year and has been described as the Friday Night Lights of Minnesota high school hockey. “We’re betting these regional-focused releases are one way to approach the theatrical market,” said Greenwich co-president Ed Arentz. In the state’s unforgiving North Country, senior boys from rival communities skate for a last chance to etch their names into local lore. Begins national expansion next week to 140 locations.

Films from Sundance, Cannes and Venice (2021 edition) round out specialty.

True Things from Samuel Goldwyn Films with Ruth Wilson and Tom Burke opens on six screens including Laemmle NoHo, and on digital. Deadline’s Venice review here. Directed by Harry Wootliff. Wilson and Jude Law are also among producers of the romantic drama based on the novel True Things About Me by Deborah Kay Davies.

The Cinema Guild opens Dos Estaciones at IFC Center in NYC this week, expanding to American Cinematheque in LA and 10 or so more theaters next week. The fiction feature debut of director Juan Pablo González. It stars Teresa Sanchez as the owner of an independent tequila company in Mexico threatened by natural disasters and multinational corporations. A selection of New Directors/New Films and an award winner at Sundance and True/False. With Manuel García-Rulfo (The Lincoln Lawyer, The Magnificent Seven), and newcomers Rafaela Fuentes and trans actor Tatín Vera.

Danish-Dutch horror thriller Speak No Evil from IFC/Shudder opens NY and LA. Expanding to a dozen theaters next week month after a Shudder streaming debut 9/15. Directed by Christian Tafdrup, written by Tafdrup and his brother, Mads. Premiered at Sundance. A Danish couple, Bjorn and Louise (Morten Burian and Sidsel Siem Koch) visit a Dutch couple, Patrick and Karin (Fedja van Huet and Karina Smulders) they met months earlier on a vacation in Tuscany.

Eleven Arts presents anime feature The House Of The Lost On The Cape on about 70 screens. Featuring the voice talent of Madeline Morris as Yui, Pam Dougherty as Ms. Kiwa and Risa Mei as Hiyori. Debut of Director Shinya Kawatsura. Follows 17-year-old runaway Yui and 8-year-old Hiyori, who lost her family and her voice. Kiwa, a strange old lady, offers them a place to stay in a banged-up old house overlooking the sea.

Saban Films presents thrilled House of Darkness at about 75 locations. On demand and digital Sept. 13. Written-directed by Neil LaBute. With Justin Long, Kate Bosworth and Gia Crovatin, Lucy Walters. Long, a player out to score, thinks his beautiful, mysterious date, Bosworth, will be another casual hook-up. While getting acquainted at her secluded estate, their flirtation turns playful, sexy and sinister. Hoping to get lucky, his luck may have just run out.

Specialty-Plus wider releases this weekend include, from Disney’s 20th Century Studios, Star Studios’ Brahmāstra Part 1: Shiva — opens in the U.S. and Canada in over 800 theatres, including 550 3D locations, 180 Imax and 120 premium large format screens. The Imax footprint represents the widest release for a Bollywood title in industry history domestically.

Also from 20th Century Studios, and New Regency, horror-thriller Barbarian opens in the U.S. and Canada in over 2,300 theatres, including 550 premium large format screens. By Zach Cregger. With Georgina Campbell, Bill Skarsgard and Justin Long.

Medieval, from The Avenue, opens in 1,300 theaters. Written and directed by Petr Jákl. Inspired by the true story of legendary warrior Jan Žižka. With Ben Foster, Matthew Goode, Sophie Lowe, Til Schweiger, and Michael Caine.