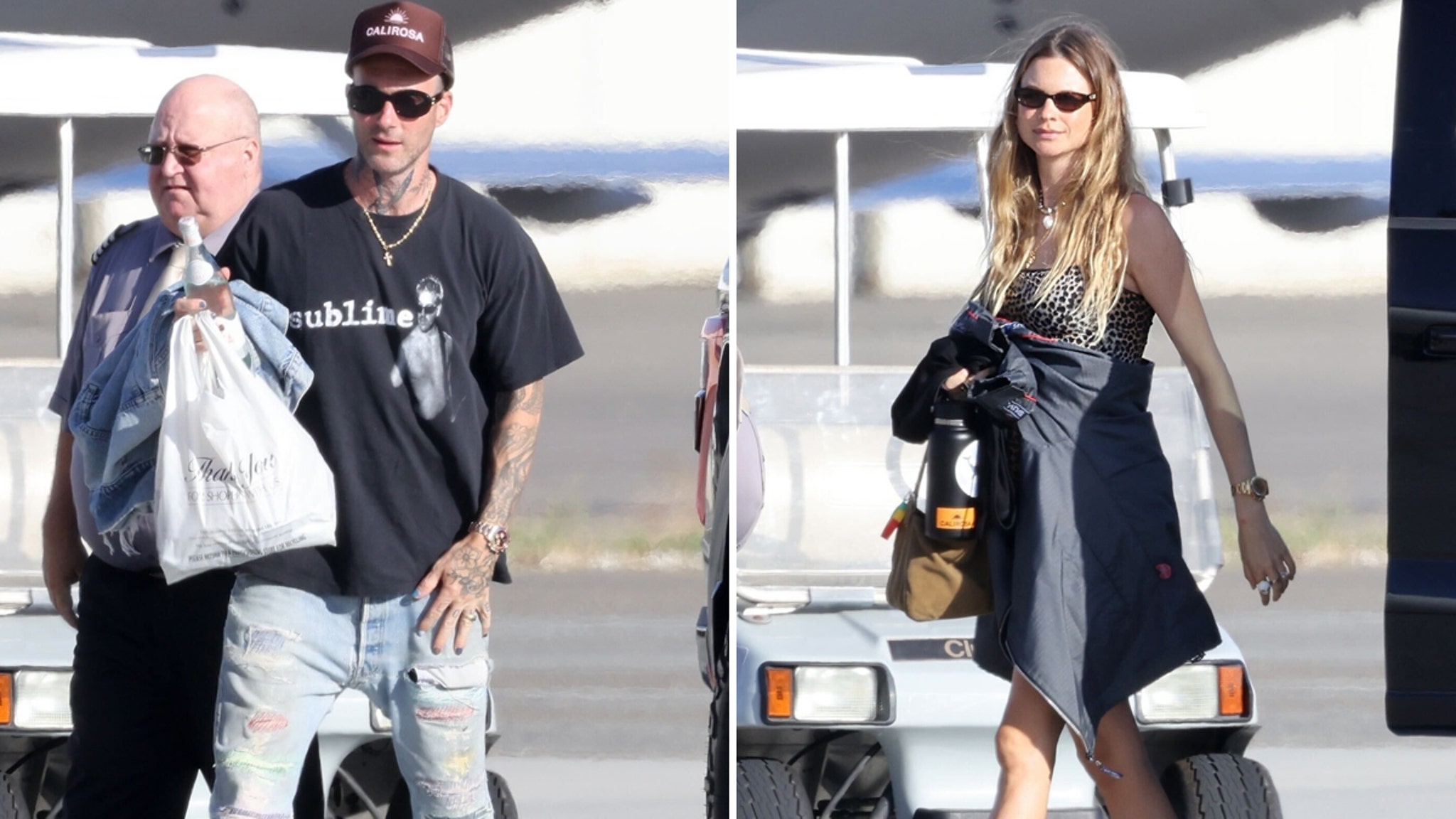 Adam Levine and his pregnant wife Behati Prinsloo are still going strong after his cheating scandal … in fact, things appear to be so good between the two, they hopped on a jet to hit Sin City together. 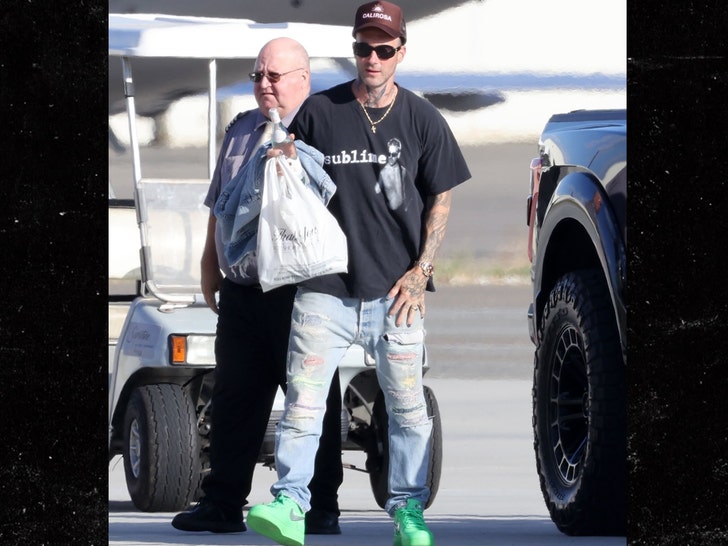 Adam and Behati took a private jet from Santa Barbara to Las Vegas Tuesday for an apparent couples getaway … and they better get used to Sin City, because Maroon 5 just announced a Vegas residency. 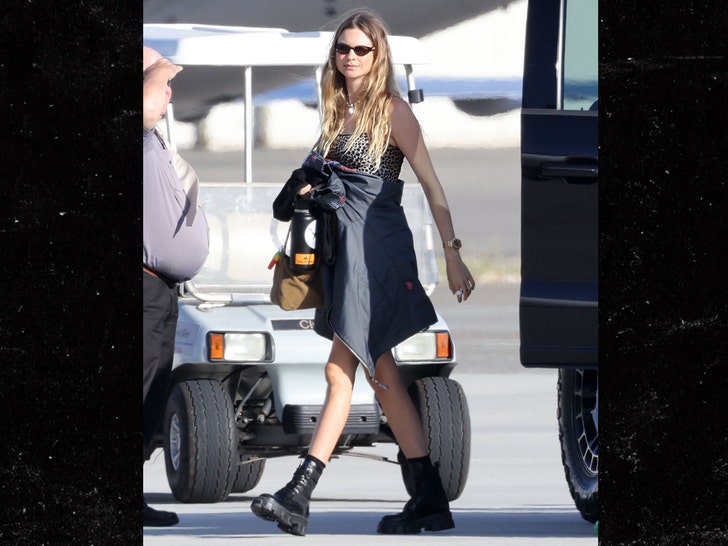 The couple doesn’t look to be in turmoil over Adam’s recent cheating scandal. Remember, five women came forward this month claiming to have engaged in various stages of DM conversations with Adam, with the first woman alleging a physical relationship with the singer, which Adam’s denied. 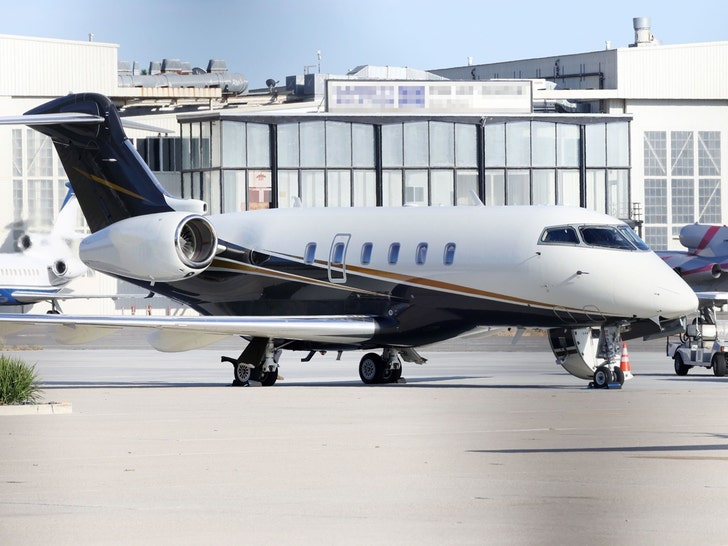 Hopping out of an SUV before climbing aboard a private plane, Adam wore a vintage Sublime tee with ripped jeans and some neon Nike Air Force 1s … while Behati paired a leopard-print dress with leather boots, covering up her baby bump with a jacket.

Maroon 5 is starting a Las Vegas residency in March at Dolby Live in Park MGM … and in the interim, Adam’s got a charity performance Saturday in Sin City to benefit Shaquille O’Neal‘s foundation. 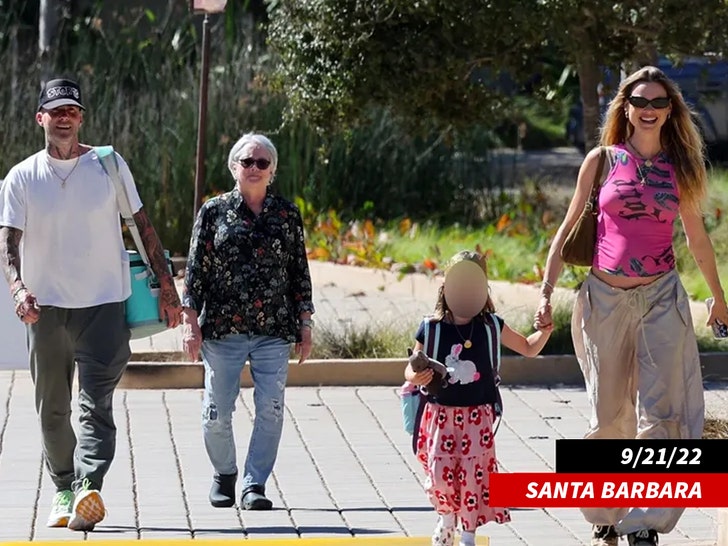 We saw Adam and Behati put on a united front the day after he admitted he “crossed the line” by communicating online with multiple women …  and they haven’t shown any signs of a fractured relationship since.

Look closely, they’ve still got their wedding rings on.