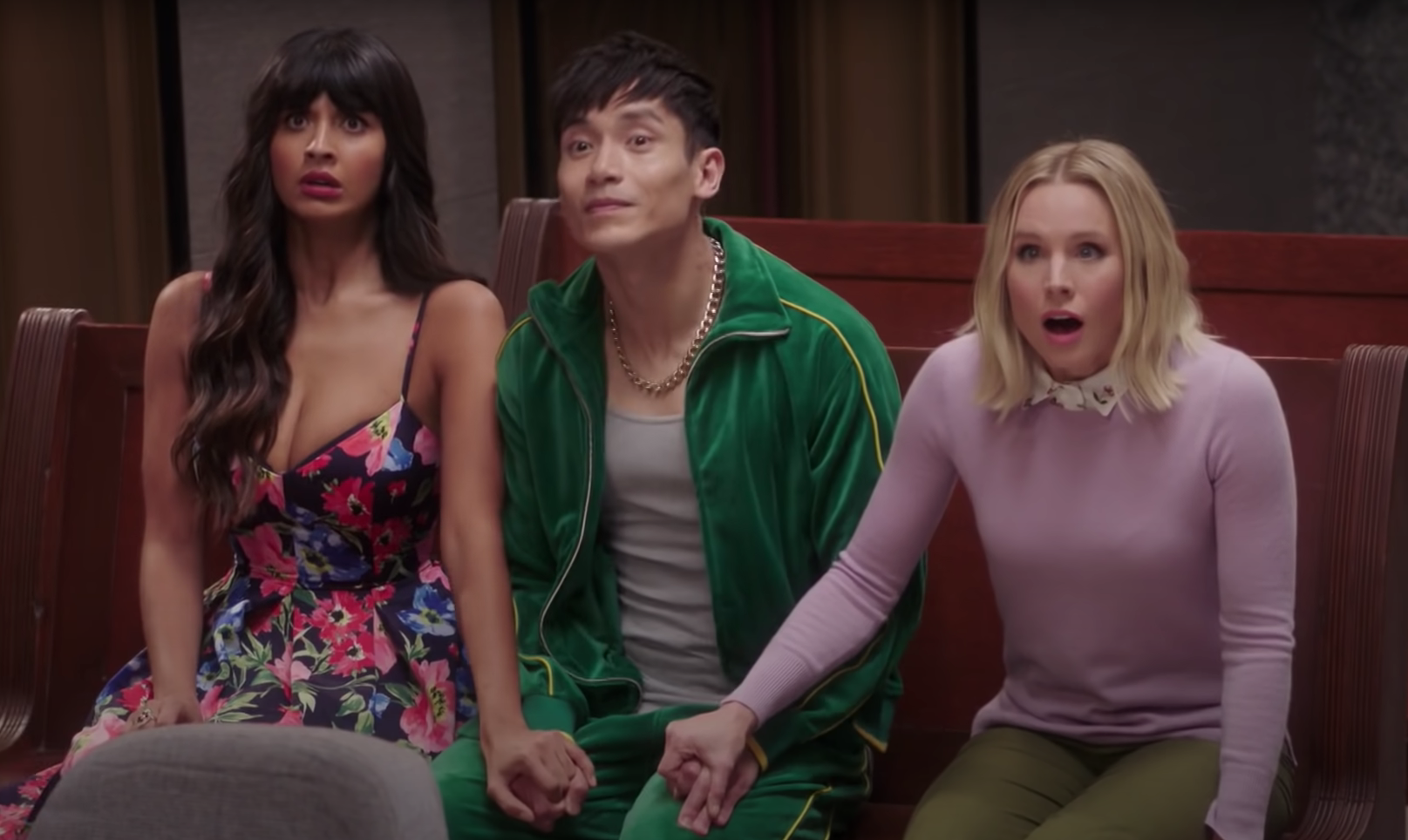 Ever since I joined a friend for a Sunday school class as a kid, I have been fascinated by the concept of Hell. No, Internet, this is not Confessions of a Teenage Satanist. My fascination was neither in fear nor rapture, in either direction. It was logistical. The idea of there being a place somewhere down beneath the dirt where bad people go for all time to be tortured has always brought up a lot of burning (no pun intended, but I’m okay with it!) questions. Who does the torturing, and how do they leave work at work? How is one’s badness determined—what is the algorithm—who does the deciding, and what if their definition of bad is different? How can there always be room for the new people if no one ever leaves? The concept of eternity combined with the promise of zero progress and no exit really got me. If death is off the table, what comes after you give up? What about after that? So, I did what I always do when I have a problem I can’t solve: I turned first to reading, and then to writing.

In my debut novel, Sign Here, Hell is all logistics. Upon arrival, everyone gets a terrible celebrity baby name, a floor assignment, and an orientation packet. Peyote Trip has been on the Fifth Floor for centuries, trading in souls for Deals Department, and has accepted the permanency of his locale. Until the family he’s been tracking takes their teenage daughter’s friend on summer vacation, and Peyote finds that even in the forever of after, nothing is guaranteed.

I am far from the first person to utilize Hell in fiction. When I started looking for answers to my questions, I didn’t just find the stories that take place in Hell, like Milton’s Paradise Lost or Dante’s Inferno. I also found books that address Hell as any lack of escape, which, when combined with the tedium and terror of being left outside of time, sharpens into a pain even the most skilled torturer could never inflict. Whether underground or above, whether in our minds, the minds of those we love or crowded with other people, Hell takes many forms. This is my list of those which I have never been able to stop thinking about.

Jitterbug Perfume is an absolute feast for the senses, due to both the drive of the plot and Robbins’ visceral, whacky, and ultimately perfect metaphors. The book follows multiple perspectives, all of which are centered around the search for immortality, this time through scent. Among others, there is a couple who have been evading death for centuries alongside the disappearing goat-god named Pan, who is often mistaken for the devil due to his sulfurous smell and proclivity for wantonness, and an evasive smooth-talking con-man who hopes to profit from it all. This novel captures just how long immortality lasts and what can happen to a soul if the body never gives it up, but the world keeps on changing without them anyway.

In typical Rushdie style, this novel balances real world issues with fantasy in a literal and metaphorical take on the Heaven vs. Hell narrative, which results in something truly unique for both the characters and the reader. Starting with two men falling from a bombed airplane and landing in London, safe but changed, this novel grapples with questions about immortality, the choices for the afterlife and who is really in charge.

Gaiman’s debut novel is a classic, contemporary tale of a man caught in an underworld that both exists and doesn’t, has proximity to our world but plays by very different rules, and promises no escape. Neverwhere follows a man who finds himself trapped in the bizarre, scary and at times hilarious London Below, and his journey with friends and foes as he tries to return to life in London Above. Mind-blowingly creative, Neverwhere sets Gaiman up as one of the best fantasy-writing minds of our time for good reason.

Like Rushdie, Murakami is known for his blend of reality and fantasy, and the Wind-Up Bird Chronicle is no exception. The novel follows a man who loses his cat and finds a netherworld below Tokyo, caught between consciousness and subconsciousness. Dealing with themes of good versus evil and what it means to be in control of one’s own destiny, Murakami creates a world underneath ours and a host of characters who exist on each side of the divide.

This unforgettable YA trilogy begins in a town isolated from all others, in which all of the villagers are male, and all of their thoughts are audible. That’s right: every thought any male had was projected around him, constantly and in real time. But when the young protagonist leaves his village, he encounters a girl for the first time, and is astonished when he realizes he can’t hear her thoughts at all. This series is a great example of creating a whole hellish world around a singular and dividing concept.

The Parade by Dave Eggers

A common take on Hell is repetition with no progress, like Sisyphus and his rock. This short novel plays on that concept, following two contractors, simply called Four and Nine, who are paving a highway between two undisclosed lands after a civil war. The anonymity of both person and place reminds me of Hell, to say nothing of Egger’s ability to make the repetitive actions of paving a highway so gripping and ominous you can’t put it down until the incredible finish.

The First Fifteen Lives of Harry August by Claire North

If Hell is the lack of escape, can life itself be Hell? That question is addressed in this novel, in which the protagonist dies again and again, reborn each time with all the collective knowledge he ever possessed. He remains trapped in this endless loop until, finally, a strange visitor shows up with information that just might break him free and give him a reason to not only die, but to really live.

Emezi’s brilliant debut captures the Hell that one’s own mind can become, when it feels as though someone—or something—has more control over us internally than we do. Freshwater follows Ada, who was prone to violent fits and said to have “one foot on the other side” as she grows up in Nigeria and travels to America for college. But it also follows the spirits who have claimed her body and mind as their own from the beginning and live within her, increasingly demanding more and more space until they threaten to take over completely.