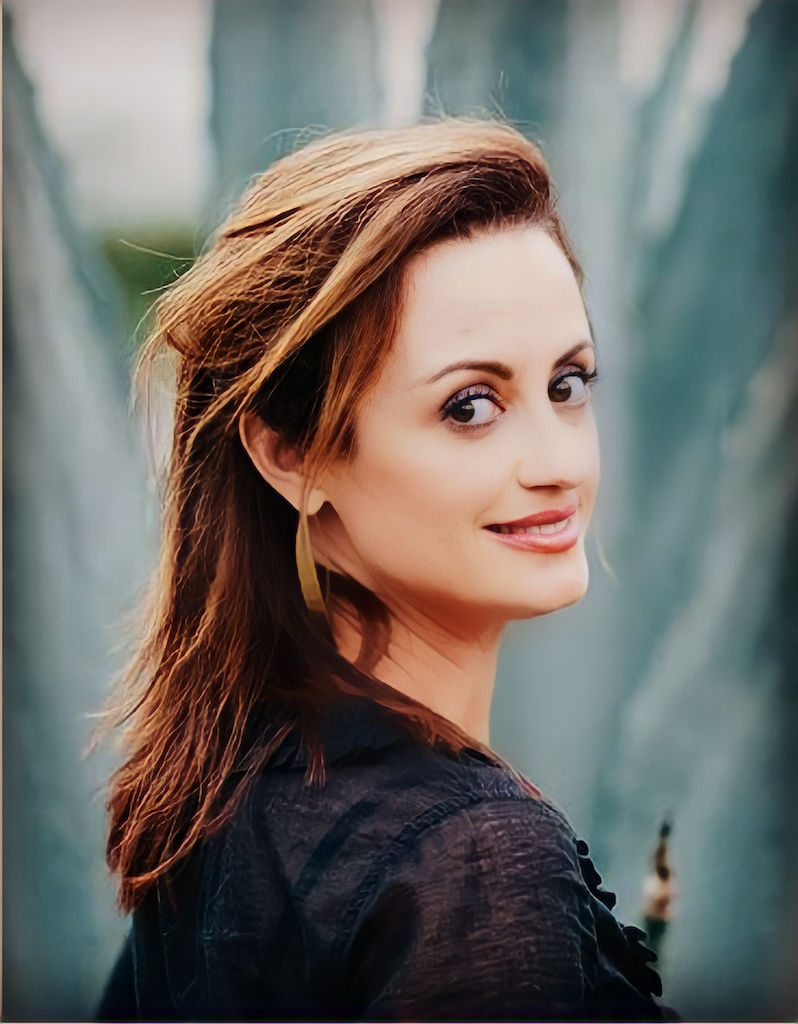 “We admire elephants in part because they demonstrate what we consider the finest human traits: empathy, self-awareness, and social intelligence. But the way we treat them puts on display the very worst of human behavior.” Words beautifully stated by Graydon Carter. This quote inspired me ahead of my great interview with Kristina McKean, founder of The Elephant Project, which helps in the rescue and protection of hundreds of elephants while fostering numerous orphaned elephants, increasing family education around the ethical and physical complexities of the elephant and delighting children all over the world with her adorable plush line of stuffed elephants. I believe it’s so wonderful all net proceeds from her luxurious elephants are 100 percentage donated to on the ground nonprofit organizations that directly benefit the elephant.

As a seasoned entrepreneur, Kristina was inspired to start the Elephant Project by the heartbreaking sight of an emancipated, begging elephant on the streets of Thailand during her honeymoon years ago. Prior to launching the project Kristina made a name for herself as a local philanthropic powerhouse by successfully spearheading animal rights and petitions. She has been profiled by many publications nationally and internationally including The Today Show, Vogue, People and an array of others. I’m honored to be among the list of great media she’s taken time to speak to. Both she and her company are truly inspirational. Read more here:

Let’s start by describing the project.

I create little elephant stuffed animals. I have a girl that’s name is Kiki and a boy that’s named Tembo. Tembo means elephant in Swahili. I created them to create awareness and funds for elephants globally after seeing an abused elephant. They are 8-in stuffed plush animals. They come with a little poem about how you’re helping to make a difference for elephants. You adopt them basically. 100% of the net proceeds go to organizations in Africa and in Thailand specifically, and some in India that help orphaned baby elephants and some older ones depending on where they’re located. So, it’s a great way to make a difference for elephants and you get this cute little stuffed animal. It’s perfect for grandparents and parents who want to gift them to little grandchildren. It’s a hit during the holidays and for baby showers. The great part is it’s a gift that truly gives back. 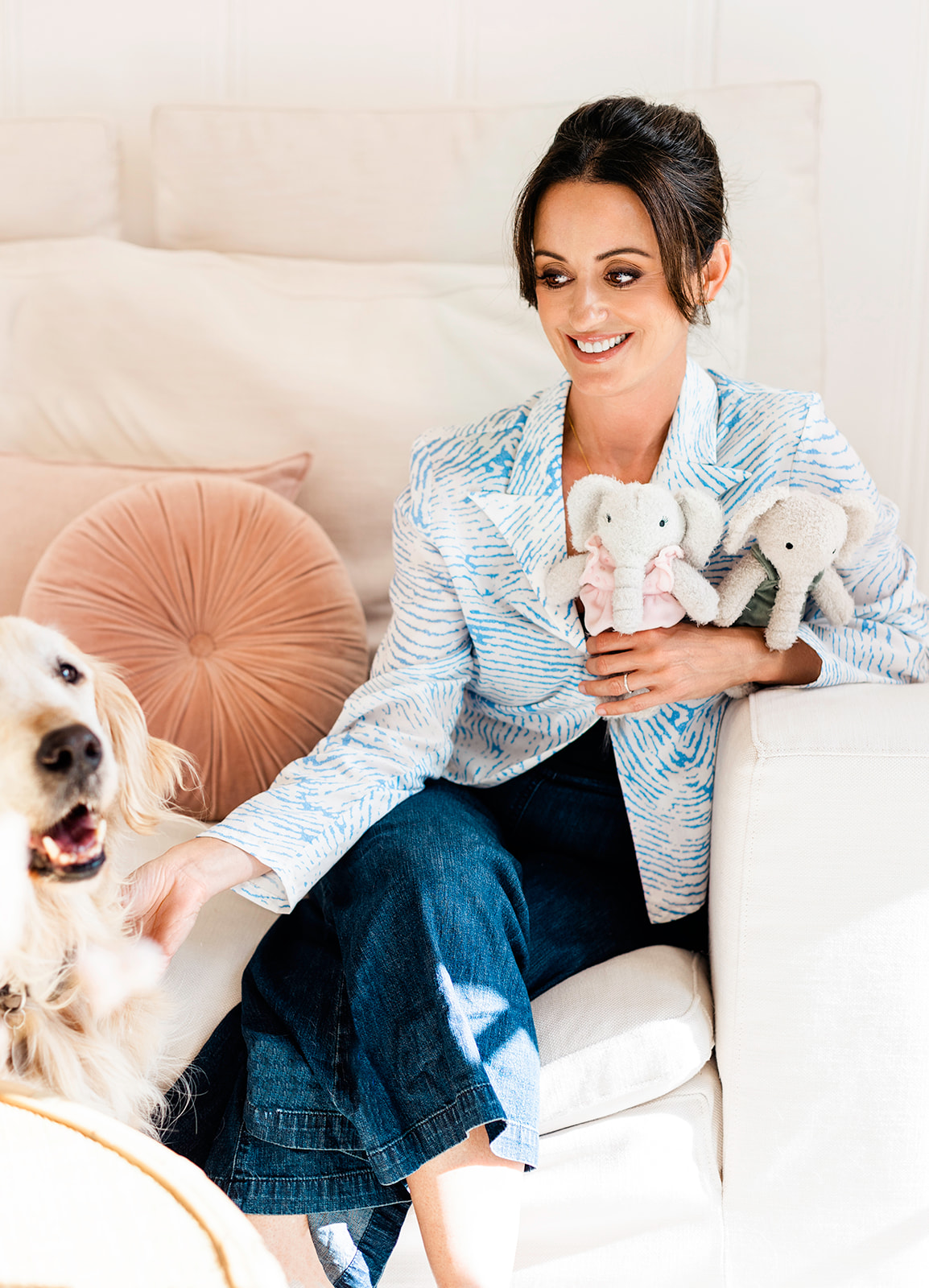 That’s great. What inspired you to start this project?

I have always been a big animal advocate. I was in Thailand over 20 years ago, during my honeymoon, and I saw a baby elephant in Bangkok in the street. It was just one of those moments where I thought this is so wrong. I couldn’t just go on with my day at that point. It really inspired me to do something to make a difference. I started protesting circuses and signing petitions. I realize that maybe I could do something more. My daughters were playing with stuffed animals, and I thought that would be a really good idea to make a stuffed animal that would not only educate children about elephants and what we need to do to save them, but also create funds and awareness for them. I started it over 7 years ago. But I only launched it five years ago. It’s been an incredible journey because I feel I have helped so many elephants and created so much awareness for them.

Are elephants an endangered species?

They are. In fact there are many types of elephants in Asia and Africa that are endangered and most people don’t know that.

I don’t know a lot about them except that they’re really cool. You see these commercials on television, when a baby is separated from his mother, it’s terrible.

They are one of the only definitely known animals that mourn for their death and they are highly intelligent. They are so large, and they need a lot of space. I feel that because of that they are a target for abuse, and since they were becoming extinct their ivory is very valuable to people. They are such amazing intelligent creatures and I am really empathetic to their community. They can live 70 to 80 years and they want to be with their herd. If they don’t have a mother, there aunt or nannies will take over and take care of them in the herd. When elephants pass away, they have a ceremony for them. They are very intelligent creatures and I feel that we all need to help them in any way we can before they become extinct. I felt this was a really great way to do that. My initial intent was to help them, but I also had so much fun creating the stuffed animal.

What are you seeing from the project as far as helping them?

Well, I have specific partnerships that I work with. I’ve been able to help over 300 elephants, with their rescues and helping care for them. A lot of times the babies will get sold to zoos. Sadly, they use the money to prevent this. Sanctuary is a super expensive way to care for them. In Thailand it helped to teach the people not to ride them, so I help the sanctuaries there. In Africa, it’s a lot of the baby elephants that are being orphaned because of human animal conflict or poaching and trophy hunting.

I just don’t get how people could do that.

I don’t either. It’s baffling to me, I don’t understand it at all. It’s truly heartbreaking.

I’m not a real animal lover per se, but I really have a thing for elephants, because I feel like they’re innocent. There are a lot of celebrities that are trying to help them too.

I’m so grateful for that. They need all the help they can get. I think so many people are helping to raise awareness for them, and social media is helping them do that. For example, Alec Baldwin, one of the sanctuaries I support in Thailand, he always talks about this woman her name is Lek. She’s about 5 ft tall. She grew up in Thailand and she couldn’t take the abuse the elephants were getting so she kind of rebelled against her whole family and started her own sanctuary. She reached out to Alec Baldwin for help, and he always shares about her story and the elephants there.

What do you see as the future for your project?

I branched out a little bit to some other animals. I’m so grateful for the platform that I’ve created. So many kids are so enthusiastic. I actually have a baby elephant coming out. I have a girl and a boy elephant, but I have a baby elephant coming out this holiday. It is after a real-life baby elephant that they saved in Thailand. I wanted to do that so people will follow his story and become more involved. I’d like to expand it so I can help as many elephants and animals that I can. I also want to teach children that one person can make a difference. Every bit helps. I think the next generation, I have teenage daughters, they are very strong and have strong opinions and they want change. The next generation is really strong- willed. They see something wrong in the world and they want to make a difference. I thought if I could curtail my project towards the younger generation that they will grow up and make a difference.

If someone wants one of these elephants how do they get one?

They are on my site which is https://www.theelephantproject.com/ . I donate 100% of the net proceeds to elephants globally. So, people like to donate but I think it’s fun to donate and get something back. They are great gifts especially for the holidays.

Do they come in different colors?

I do some in special editions. I did an elephant in Ukraine colors like blue and yellow, little elephants to help some of the zoo animals and I teamed up with some of those organizations that were in the Ukraine. Those were so popular I sold out in like an hour and a half. So, I do all these special costumes which is really fun. I did one for Halloween, and I will do one for the holidays. They come in little different outfits which is kind of nice because you can collect them all.