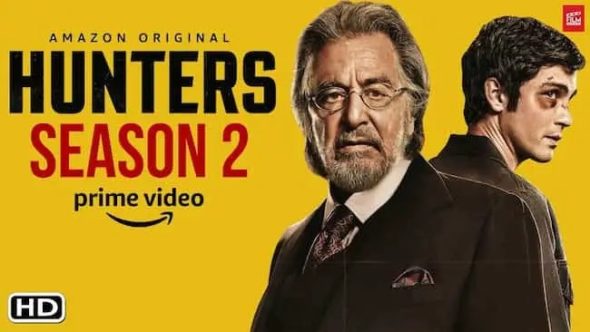 Leigh will play Chava Apfelbaum, a top Nazi hunter. The following was revealed about her character, per David Weil, creator of the Prime Video series:

“This is a character who at times may seem very demure, and then we see explosions within her. At times she can feel explosive, and then there’s such vulnerabilities inside of her. Jennifer’s a chameleon, and that was what was required for this role… She wears many different hats, many different masks and faces. You never know what you can expect with Chava, and it keeps our hunters on their toes, but there’s a real deep rooting with her to some of our characters: emotional, character driven. So there’s both beauty and brutality to the character of Chava.”

Weil also said the following about the second season, per Entertainment Weekly:

“For me, as a kid growing up on Long Island, being Jewish, there was always this frustration and anger that Hitler got away with his crimes, that he was never brought to justice, he was never arrested, killed, tried, that he made a decision at the end of his life. So Hunters, being a show about catharsis, about Jewish empowerment, and about wish fulfillment for Jewish kids like me who grew up wanting to reclaim power, season 2, I hope, will be that catharsis.”

The second and final season of Hunters debuts on January 13th.

What do you think? Are you excited to see season two of Hunters on Prime Video next year?