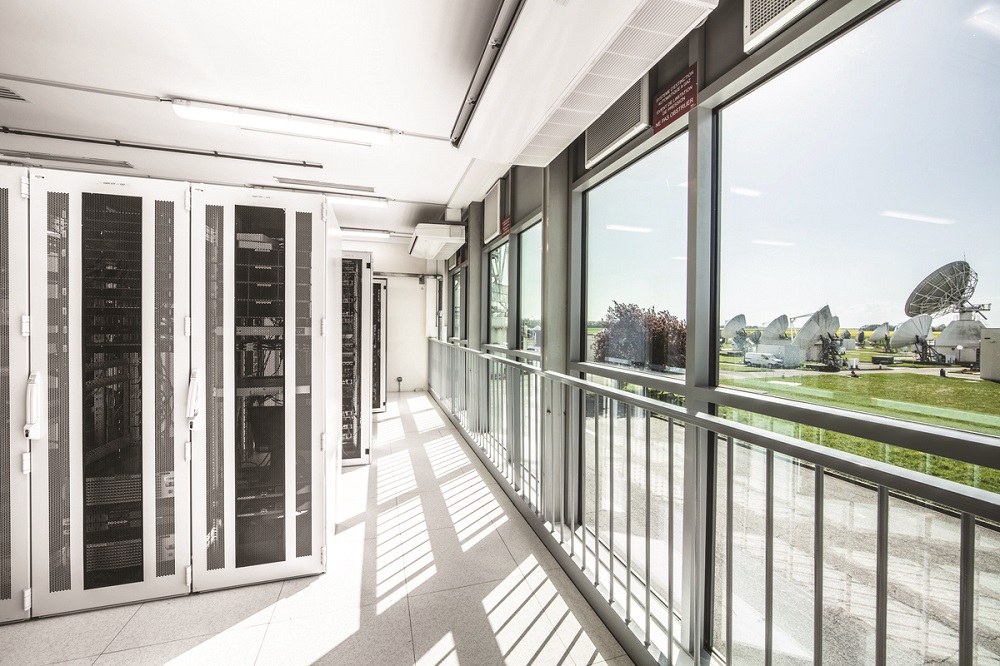 The satellite communications industry is on a mission to virtualize every possible piece of ground infrastructure to catch up with the age of cloud-based networks.

Converting hardware into software installed and managed remotely via third-party data centers would give satellite operators more flexibility over their networks and speed up how quickly they can respond to customer demands.

The industry could be just years away from being able to tap into virtual ground stations that would have no need for physical modems and their cabling. However, many technical challenges still need to be solved.

In September, satcoms equipment maker ST Engineering iDirect and cloud giant Microsoft Azure said they had successfully demonstrated an important milestone: the ability of a virtual modem to extract information from a high-speed satellite signal.

Modems are a critical part of the ground segment. They are used in teleports and at customer sites to translate the satellite signals an antenna receives and convert them for transmission through other networks.

From within the cloud, their virtual modem could also receive satellite signals digitally via an ethernet cable. Signals from satellites today are traditionally connected to physical modems via analog cables that are not directly compatible with cloudbased networks.

These are significant breakthroughs, according to ST Engineering iDirect chief technology officer Frederik Simoens, because they pave the way for virtual modems running on third-party cloud infrastructure to replace their physical counterparts.

There would be “no specific satellite hardware needed anymore,” he said, because data traffic could “go from a cloud environment through the digital interface directly to the antennas” that connect to spacecraft.

Currently, if a satcoms customer like a cruise line wants a new service, their provider has to go to them and the satellite gateway to physically install equipment.

In the future, this could be done remotely without buying and installing satellite modem hardware — although physical antennas, amplifiers, and frequency converters would still be needed to communicate with satellites.

“Virtualization doesn’t mean that teleport operators can tear down their antennas and throw out their high-powered amplifiers,” says Robert Bell, executive director of the World Teleport Association.

“But it does offer big gains in cost as well as reducing the complexity of operations and expanding markets.”

Bell said digitizing signals as close to the downlink antenna as possible and converting them to analog as close to the uplink as possible, rather than moving analog signals around on interfacility links, gives operators “more opportunities” to improve the flexibility of their services.

However, it might not always be possible to fully implement virtualized network solutions at a customer’s location even when they become available, at least in the near term.

For most remote customer terminals, “there will not be a handy data center standing back to host a virtual modem,” Bell said.

For companies like iDirect, moving to software would enable it to offer its communications technology via a service model.

Instead of buying network equipment from iDirect under a “one-off” type of deal, a satcoms provider could get the capability with a subscription and pay only for what it needs and when.

A maritime satcoms provider only needing coverage over the Caribbean in the summer and the Mediterranean during other seasons, for instance, could respond to changes in demand remotely with a few clicks in the cloud.

Today, it would need to have installed physical modems and a greater level of infrastructure in both regions with the capacity to deal with maximum traffic loads.

“I think it will revolutionize the industry,” SES CEO Steve Collar said, “it’s something that’s been a goal for a while, but we now think it’s in reach.”

SES and Microsoft recently formed an initiative they call the satellite communications virtualization program to help convert satcoms hardware from iDirect, Gilat, and others to software.

Large public cloud networks from companies including Microsoft, Amazon, and Google are seen as key enablers for integrating space-based networks with terrestrial communications, which would help satellite operators capture more of the telecoms market.

The satellite industry made about $279 billion in revenues in 2021, according to a recent report from BryceTech, while the global telecoms market is measured in the trillions of dollars.

Their increasingly nimble, cloud-compatible networks also come amid a broader industry shift toward more flexible — albeit sometimes shorter-term — customer contracts to compete in this industry.

SOLVING THE CHICKEN AND EGG PROBLEM

SES and Microsoft plan to issue a request for proposals before the end of this year for those looking to join its virtualization program, which they say will be a blueprint for aligning cloud and satellite network architectures.

The program also seeks to accelerate the adoption of standards to replace customer antennas with standardized and non-proprietary hardware.

SES is one of many satellite operators seeking more integration with cloud networks, although some, like Viasat and Hughes Network Systems, have built businesses around proprietary antenna technology.

Still, Collar believes it will probably be years before the satcoms industry realizes its virtual teleport ambitions.

“We can start delivering some services within 12 to 18 months that are fully cloud-based and not hardware-based,” he said, “but it somewhat depends on getting the industry on board.”

Some parts of the ground segment are easier to transfer to the public cloud than others.

The first step for iDirect will be offloading processes that have already been virtualized under a private cloud network, including network management systems, to the public cloud.

Virtualizing this hardware needs to go hand-in-hand with fully digitizing how they interface with antennas, amplifiers, and frequency converters.

There is plenty of work to do to reach the level of standardization that these interfaces will need to be widely adopted.

“If we cloudify everything on the modem side, but there’s no antennas or amplifiers that can talk the digital language, let’s say, then, of course, we cannot fully create a digital teleport,” Simoens said.

Overall, he expects it will take about three to five years to combine all these pieces of the puzzle.

However, while public cloud providers are bringing new software tools to aid the ground segment’s virtual transformation, they will also need to develop sustainable pricing models to make this a reality.

The cloud would work very well for occasional use cases and those applications requiring a lot of regional flexibility, Simoens said. Still, it remains expensive for services that need to run 24/7.

Nailing down cloud business models for different space applications is one of the areas SES and Microsoft are keen to address.

This article originally appeared in the November 2022 issue of SpaceNews magazine.