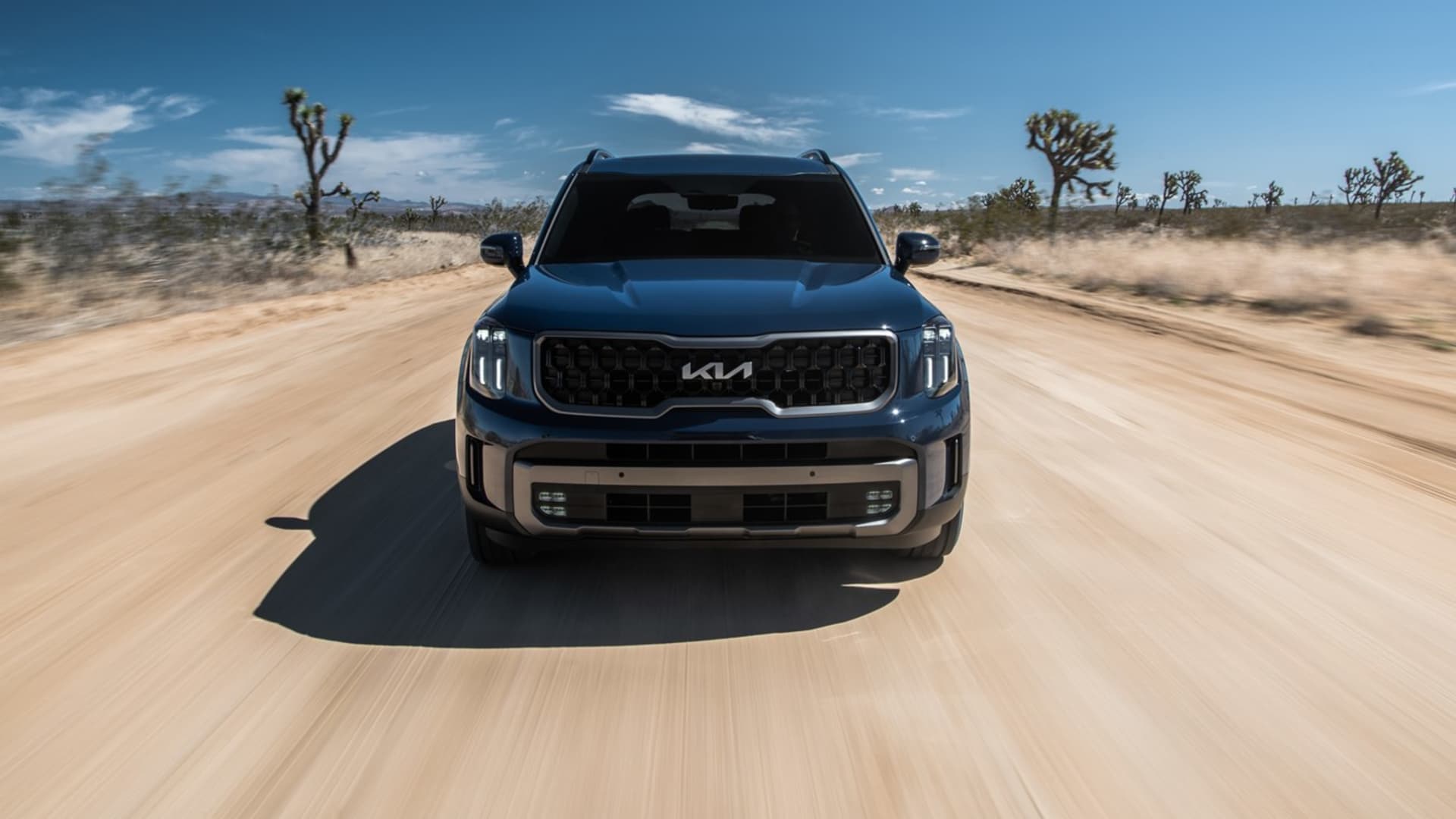 SAVANNAH, Ga. — Hyundai Motor Group is having its best years ever in the U.S.

The South Korean automaker has successfully moved from bargain economy vehicles and dancing hamsters to competing against formidable automakers in the highly profitable American market. 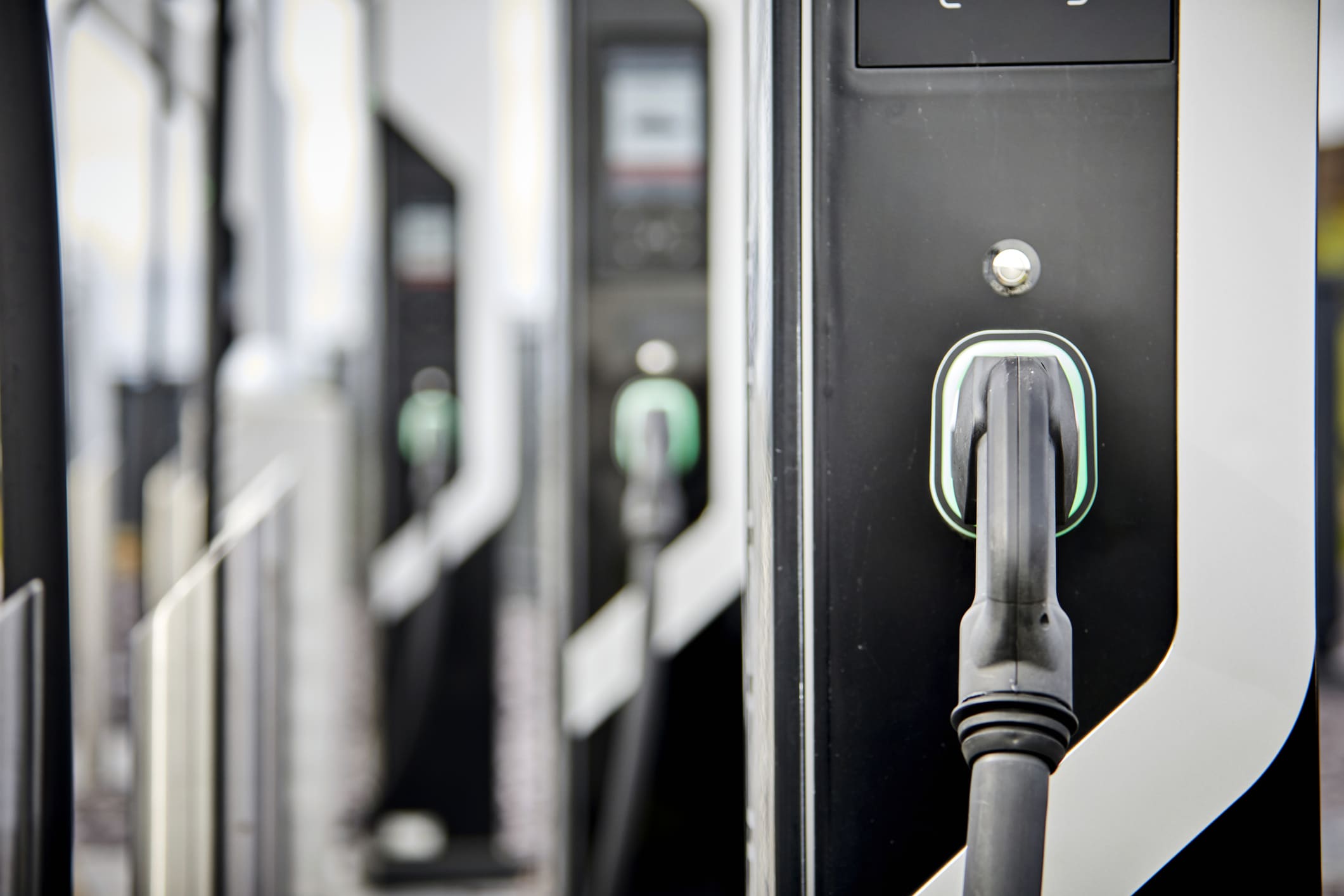 The company’s Hyundai, Kia and Genesis brands are expected to capture nearly 11% of the U.S. new vehicle market this year — marking its highest level since the automaker entered the country in 1986. It’s also set to be among the top sellers of electric vehicles this year, trailing only Tesla through the third quarter.

But whether the world’s fourth-largest automaker by sales last year can continue that winning streak, especially in EVs, is in question. In August, Hyundai buyers lost federal tax credits associated with purchasing an electric vehicle due to changes in the program under the Biden administration’s Inflation Reduction Act.

Domestic automakers, including Hyundai’s closest competitors in EVs — Tesla, Ford Motor and General Motors — still qualify for the credit. All of Hyundai’s electric vehicles are currently imported to the U.S., though it produces several gas-powered models at plants in Alabama and Georgia.

Hyundai Motor Co. CEO Jaehoon “Jay” Chang, in an exclusive interview with CNBC, described the loss of incentives as concerning and a “very challenging issue.” But he said he believes the automaker can continue its long-term growth in the U.S., despite the near-term hiccup.

“IRA, short term, it gives us some limitation on the customers’ choice,” Chang told CNBC last month as the company celebrated the groundbreaking of a new $5.5 billion electric vehicle and battery plant in Georgia. “For the long term … we have a very solid plan. … I think we can be competitive.”

Hyundai, including Genesis, and Kia are owned by the same Seoul, South Korea-based parent company but largely operate separately in the U.S.

Hyundai, Kia and other non-domestic automakers have been vocal opponents of the new electric vehicle tax credit regulations under the IRA. The law, passed by Congress in August, immediately eliminated a tax credit of up to $7,500 for plug-in hybrid and electric vehicles that are imported from outside North America and sold in the U.S.

Hyundai is working closely with public officials in the U.S. and South Korea to change the regulations or secure the automaker an exemption, Chang said. U.S. officials confirmed such discussions are ongoing, including a meeting last week between U.S. Trade Representative Katherine Tai and South Korea’s Minister for Trade, Ahn Dukgeun.

Hyundai argues its investment in Georgia — the largest economic development project in that state’s history — should count for something in the way of an IRA revision.

Executives also note the U.S. and South Korea have a tariff-free deal in place for vehicles. (Vehicles built in Mexico and Canada still qualify for the credits.)

Jose Munoz, Hyundai Motor global president and chief operating officer, has declined to disclose a specific financial impact associated with losing the credits, but described it as a huge blow to the automaker’s bottom line.

Steven Center, Kia America’s chief operating officer, said the intentions of the IRA are good for America, but they “pulled the rug out from everybody.”

EV credits or not, executives said the new Georgia plant, which was announced months before the IRA passed, is the culmination of growth for Hyundai in the U.S. They credited the progress to a systematic approach of improvement over decades and a decisive strategy to go all-in on its new products in recent years.

“We’re trying to do everything we can do, but honestly it’s always challenging, being the innovative disruptor kind of stuff. But I think so far, hopefully we’re on the right track to be responsive to the customers’ needs,” Chang said. “We like to be different.”

Look no further than Hyundai’s new vehicles for the company to prove it’s “different.” The automaker’s futuristic-looking Kia EV6 and Hyundai Ioniq 5 appear ready to take off into space.

Meanwhile the Hyundai Palisade and Kia Telluride SUVs have been among the most in-demand vehicles in the country since they launched in 2019.

Executives noted the introduction of both the Telluride and Palisade, followed by the Kia EV6 and Hyundai Ioniq 5, were major turning points in the company’s product plans.

“The Telluride is attracting wealthier, younger, better-educated customers, and they’re all conquests. That’s a real game-changer,” Center said, referring to the SUVs and EVs as “golden cycles” for Kia. “We’re looking at more, and we’re going to grow as fast as we can.”

The SUVs and EVs followed the automaker’s surprising and well-received entrance into the luxury market with the Genesis brand in 2015.

Genesis has performed well in influential rankings by Consumer Reports, J.D. Power and others. At the Los Angeles Auto Show last week, Genesis won kudos with a new convertible concept vehicle, and its G90 sedan was named 2023 Motor Trend Car of the Year.

“The design language has been the big differentiator for us,” Chang said. “We’re going to let the designer have the freedom.”

Even the company’s Kia Carnival minivan — a segment many have given up on — has earned accolades for its SUV-like design and functionality.

The rise of Hyundai and Kia is impressive when compared to other non-domestic automakers.

“When they came, they had a reputation of just being cheap,” said Jake Fisher, senior director of auto testing at Consumer Reports. “Over the years, it’s gone from cheap to value to really just very competitive.”

Japan-based Toyota spent decades building sales in the U.S. It entered the U.S. automotive industry with small cars in 1957 and achieved 10.4% of market share in the U.S. in 2002, according to public filings. It’s now the world’s largest automaker by sales as of recent years.

Hyundai hit the 10% U.S. market share threshold last year, according to LMC Automotive, roughly 10 years faster than Toyota. The research and forecasting firm expects Hyundai’s U.S. market share to peak at 10.7% before dropping to 9.7% in 2025, as EV production at the new plant in Georgia is expected to begin.

Sales of Hyundai and Kia vehicles have risen roughly 61% since 2010 to more than 1.4 million vehicles in the U.S. last year. Despite an expected decline in sales this year due to supply chain issues, the company is still expected to gain market share.

Hyundai’s production, which puts it among the top five in the world, remains lower than Toyota and Volkswagen. Munoz said the new Georgia plant is expected to produce 300,000 vehicles annually, with the potential to reach 500,000 in the future. The company’s two current U.S. plants can produce up to 730,000 vehicles annually.

“In the U.S., our plan is to grow,” Randy Parker, CEO of Hyundai Motor America, told CNBC earlier this month. “It all comes down to capacity that will dictate how much we can grow.”

Jennifer Lopez Announces First New Album in Nine Years, This Is Me… Now
Irene Cara, ‘Fame’ and ‘Flashdance… What a Feeling’ Singer, Dead at 63
Elon Musk says Twitter Blue relaunch delayed, may use different color checks for organizations
Dress Code: Squire
Microsoft raised the bar for Windows PCs with its Surface computers, despite low share after a decade