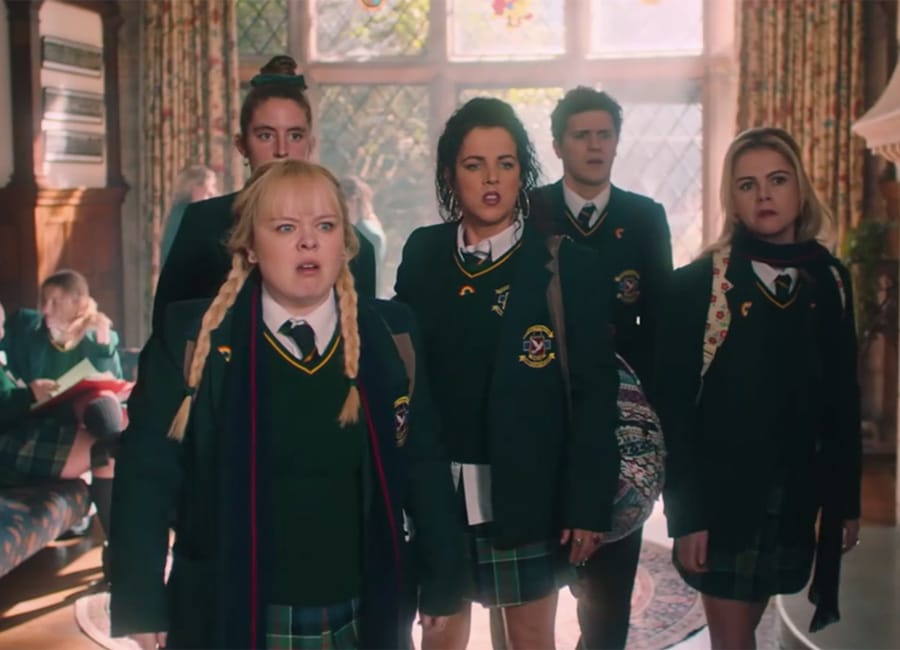 When people ask me about growing up in Northern Ireland during the Troubles, they usually want neat answers to questions like: how long did the Northern Irish conflict last? How many people died? Why did conflict break out? Who won? I can regurgitate some facts as quickly as Wikipedia: the conflict that became known as the Troubles broke out in the late 1960s and dragged on for about thirty years, “ending” in about 1998. More than 3,500 people died and tens of thousands were forcibly displaced. Nobody won.

But it’s hard to encapsulate the Troubles in a few facts. Seeing the conflict as being a territorial dispute is overly simplistic. Class strife, capitalism, sexism, religion, toxic masculinity, poverty, intergenerational trauma, homophobia, and tribalism were all accelerants thrown onto a bonfire that burned fiercely for far too long—and they’re all issues I tackle in my latest novel, Factory Girls. I see the Troubles as yet another traumatic period in a long history of violence on the island of Ireland, from the brutal conquest of Ireland by the English, to the partition of Ireland, through the bombing of Belfast in World War II, and up to the post-Ceasefire suicides that now outnumber those killed in the Troubles.

Despite—or perhaps because of—this history, Northern Ireland has inspired many brilliant works of fiction, from Booker prize-winning novels to deliciously dark indie hits. I’m proud to be part of a literary community who weave a rich tapestry of human stories from what had been locked away in dusty history books or sunk deep in people’s memories. My favorite Northern Irish books illuminate the pain, hope and trauma of the conflict while using humor and black comedy in much the same way we did during the worst days—to push through anguish using laughter as a painkiller.

Awarded the Booker Prize in 2018, Milkman examines the impact of gossip, violence and surveillance on a community that chooses to be willfully ignorant to the harsh truths of their reality The story unfolds in an unnamed city that is both recognizably Belfast and yet also a dystopian everycity. The unnamed protagonist, middle sister, learned early on not to draw attention to herself, and so she takes refuge from the violence exploding around her by keeping her nose in 19th-century works of literature, even when walking. Middle sister successfully keeps her mother and other family at arm’s length, not divulging her maybe-relationship with her maybe-boyfriend, never mind her interior life. But when she attracts the “romantic” attention of a powerful “renouncer of the State,” middle sister lands in a world of trouble.

Burns dissects the impact of toxic masculinity in a bleakly funny, forensically impartial narrative. I highly recommend that non-Irish readers listen to Bríd Brennan’s narration of Milkman, which nails the accent but also gives listeners “permission” to laugh at the blistering humor while sorrowing for lives cut short, curtailed or stunted by violence, dogma, and fear.

Across The Barricades by Joan Lingard

Like thousands of other teens schooled in Northern Ireland, I first encountered Joan Lingard’s work because Across the Barricades was on our syllabus. The best-selling Young Adult novel features a teenage romance between Kevin, who is Catholic, and Sadie, a Protestant. Their religious backgrounds make their love affair a doomed and dangerous Romeo and Juliet story. Before reading Across the Barricades I’d never found anything that described the conflict I’d been born into. I became obsessed with Lingard’s Kevin and Sadie series about the early days of the Troubles, times when you might meet and interact with a Protestant long enough to fall in love.

Like lots of Northern Irish writers, Carson explores how the shadow of the Troubles falls now in Ireland. In Fire Starters, she exploits the border between fantasy and reality to highlights how toxic masculinity drives men to violence, to “solving” problems with fire and fury rather than with dialogue, compromise, compassion and empathy. Carson’s work raises the destabilizing question at the heart of trauma recovery: “how does my pain deserve time and attention? How do I dare take the time to heal and grow when so many other people have it worse than me?”

Kennedy left Northern Ireland at the age of 12 after the family pub was bombed. She grew up in the Republic of Ireland and spent three decades working as a chef. Her debut novel, Trespasses is set in 1975 and depicts a world before the systemic self-harm depicted in Milkman, before the cumulative weight of decades of violence and segregation that defined my own experiences in the Troubles.

Trespasses is an atmospheric love story featuring Cushla, a young Catholic school teacher who works part time in her family’s bar, and Michael, a Protestant barrister who defends young Catholic men accused of crimes against the state. Kennedy doesn’t try to to do anything stylistically outrageous in her novel, rather it’s beautifully written, giving the reader a sense of something distilled, something rich, deep and calm despite the turmoil of the times in which it is set.

Belfast-based English teacher Erskine writes stories that capture delicate shifts in mood and menace in a way that makes me feel like a teenager again, trying to sense if a pub or street is safe to enter. Funny and unsettling, using a trademark Northern Irish black humor alongside beautifully observed dialogue, her collection unravels the emotions and consequences of events from long ago.

Guard Your Heart by Sue Divin

Veteran peace worker Divin’s debut Young Adult novel Guard Your Heart explores how trauma affects three generations on both sides of what is still a divided society. Divin’s teen protagonists grapple with everything other “normal” teens are dealing with—from climate change and suicide to their sexual orientation—but they must also excavate and reckon with the past too. Funny, sad, fierce and brave, Guard Your Heart is a guide to forgiveness and moving on while not erasing the past.

Country is a retelling of Homer’s Iliad set during the Troubles which somehow manages to be so engrossing that Daisy Johnson has described it as being “like sitting in the pub listening to a good friend tell you stories.” The story is set after the ceasefire in “bandit country”—the lawless border area between the North and South of Ireland. A local woman has turned informer, enraging an IRA gang who storm a British army base. As in the Iliad, death and betrayal are plentiful, and yet Country manages to move beyond the tragedy and glory of war, nudging the reader to interrogate the classical narrative, to ask how we might move past the old ways.