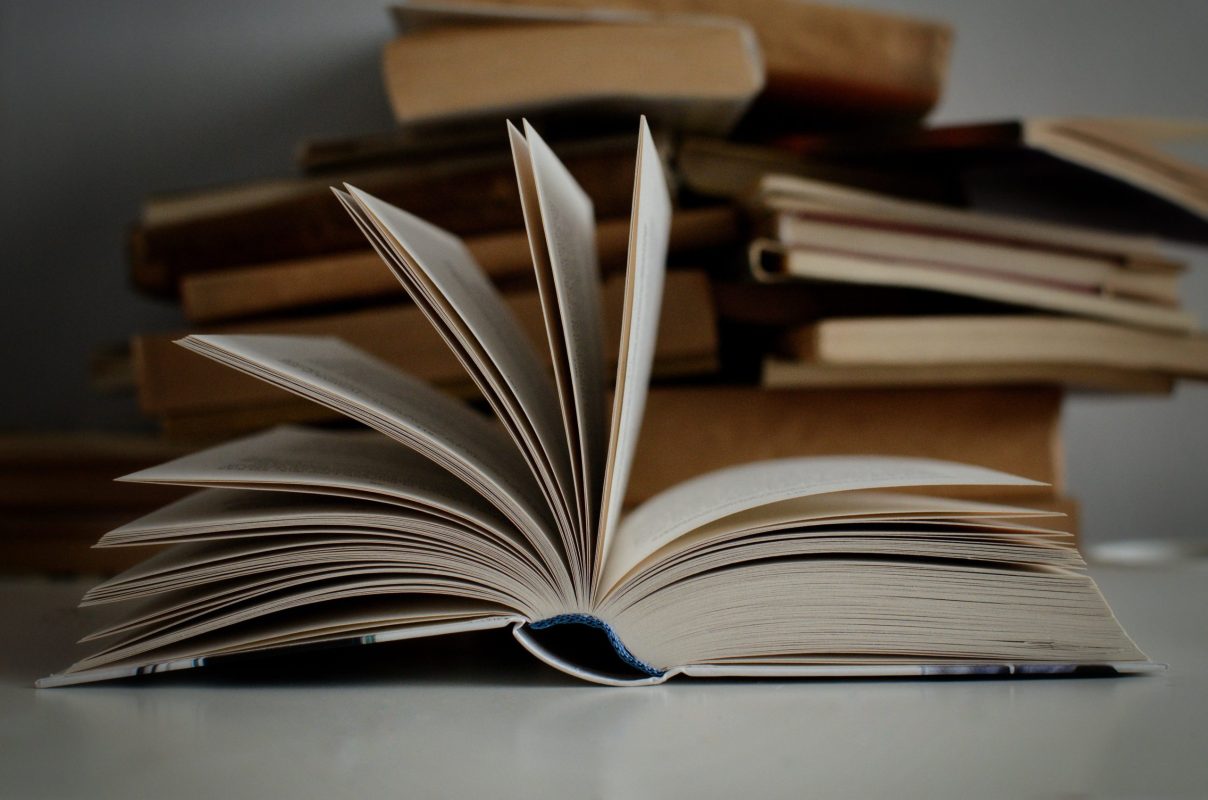 This has been a particularly powerful year for Latinx and Caribbean diaspora poetry. While perusing these ten collections, two vital things made themselves abundantly clear: this first is just how strongly interwoven our community truly is. Many of the poets in this list reference each other, whether through poem dedications or in the acknowledgements pages or forewords, which makes absolute sense since they are editors and teachers and have created spaces to amplify and shelter us, while simultaneously producing their own groundbreaking work.

The next is that for those of us from Latinx and Caribbean diasporas in the United States, our bodies are so often oppressed, repressed, and used as political tools (or pawns), it makes it impossible to separate our individuality from politics, thus rendering all our poetry “political.” There can be no more room for the white-supremacist diminishment or separation of the “political poem” in contemporary poetry. Let us banish the idea that any poem, written by any poet, is not political. Silence from anyone, but especially from those who hold the most privilege and have the most proximity to whiteness within the Latinx and Caribbean communites, is no longer an option. June Jordan’s poem “Calling on All Silent Minorities” encapsulates this perfectly, calling us to action: “HEY/C’MON OUT/WHEREVER YOU ARE/WE NEED TO HAVE THIS/MEETING/AT THIS TREE/AIN’ EVEN BEEN/PLANTED YET”

Mi gente, we must plant the tree. Now let us celebrate these poets who are planting right now.

What Can I Tell You?: Selected Poems by Roberto Carlos Garcia

Roberto Carlos Garcia is a force in contemporary poetics whose influence in the Latinx and Caribbean poetry community is pivotal. From his own writing to anything he feels the need to highlight for his social media followers, his is a voice we all should heed. Garcia is the publisher of Get Fresh Books, which has given many talented BIPOC poets a home for their own books, and his poetry is, as far as I’m concerned, Latinx/Caribbean diaspora canon, so when I heard FlowerSong Press was publishing his collected works, I rejoiced. Key selections from each of Garcia’s three collections are compiled together and whether he’s unpacking the concept of melancholia in the most beautifully devastating ways and paying homage to the revolutionary Spanish poet Federico Garcia Lorca or interweaving James Baldwin through his examination of anti-Blackness within his Dominican family and culture, Garcia’s words wrap themselves around your mind and soul, changing you in the most fundamental ways.

City Without Altar by Jasminne Mendez

Jasminne Mendez has been a writer to watch since her 2018 debut book Night Blooming Jasmin(n)e: Essays and Poems. I’m always comforted to find fellow Caribbean diaspora writers in the Southwest (Mendez resides in San Antonio) because we are a whole culture unto ourselves, only made even more special when delve into specific islands. I knew her latest book would be good but City Without Altar made my jaw drop to the floor in awe. The heart of the book is a lyric play based on the 1937 “Parsley massacre,” where Dominican dictator Rafael Trujillo in an evil act of anti-Blackness, ordered the army to use machetes to butcher Haitians in and around the northwestern frontier, leaving thousands dead and those who survived were brutally dismembered. Wrapped within this horrifying and heartbreaking narrative is the narrator’s traumatic journey of her own finger amputation due to a chronic illness.

To Love An Island by Ana Portnoy Brimmer

For Boricuas on the archipelago, the devastation of Hurricane Maria has now been eclipsed by Hurricane Fiona, which recently ripped through our isla, which has been crippled by the United States’ callous colonization and the Jones Act for decades. My people have overthrown one corrupt governor and I, like many in diaspora on the “mainland,” echo Ana Portnoy Brimmer’s fierce call for independence. To Love An Island is both balm and trumpet call for our people to take up the cause and unshackle our isla from the brutal grasp of our colonizers. Every poem shakes with fury and love but I cannot get the very first one out of my head because it cuts straight to the heart of the lie of colonization, that our isla cannot do for itself, we cannot grow our own gardens and crops and we must be at the mercy of imports from the U.S. In “Strawberries,” the speaker asserts they had been told strawberries couldn’t grow on the island because they didn’t have the climate, then a farmer shows her the sweetest little strawberries. “I’d always been told freedom would never come/for Puerto Rico. We didn’t have the climate,” Brimmer writes. “I ask the farmer about the strawberries. Son silvestres,/he responds, and points to their beautiful excess.”

If you’re sensing a Caribbean theme, you’re right—2022 has given us collections from some of our most beloved and talented Caribbean diaspora poets such as Raina León, founder of the formative Latinx literary journal The Acentos Review, never disappoints. León, who is who is Black and Afro-Boricua, is la madrina of Latinx creative writing, she has published and nurtured so many of us who publish today. Like Garcia, I consider her work canon, and her latest collection, black god mother this body is stunning. An experimental dive into the insidiousness of anti-Black patriarchy enacted through close family members, the harrowing process of conceiving to term, followed by a Black mother’s love and deep fear for her son in this country. León’s use of language and the physical page are always affective and powerful but she also includes a series of mesmerizing art collages that I cannot stop looking into, like falling down into several worlds at once.

It’s been awhile since I’ve read a poetry collection where the intention and form are perfectly clear but somehow still makes me wonder what the hell is going on—in the best way, of course. Angel Dominguez has penned a series of imaginary epistolary poems (letters, y’all) to Diego de Landa, Spain’s bishop of Yucatán in the 16th century, who Raquel Salas Rivera perfectly describes in the book’s foreword as the “murderer, pillager, and rapist” and to which I will add only enslaver and sadistic torturer. De Landa was almost fully responsible for destroying the Mayan culture and language and leaving behind only his colonized account. Dominguez, who is of Yucatec Maya descent, pours their howling gales of grief, rage, desire, and despair of being an Indigenous person whose inherited cultural and ancestral legacy is one of theft, violent suppression, and disappearance. If ever a book reads like the poetry version of Rage Against the Machine, it is Desgraciado, Rage Against the Colonizer. Dominguez is provocative, evocative, rebellious, and defiant. I thank them for birthing this insurgent text into the world.

The river that runs through José Angel Araguz’s Rotura is deep, long, and profound. Araguz is the editor-in-chief of Salamander, from Corpus Christi, Texas. He has an elegant touch with his language as he writes about the broken promises of safety in a country that continues to hunt down those of Latinx heritage and break our bodies, break apart our languages, break our hearts again and again. But it’s the haunting image and metaphor of that river that tantalizes me, it is the same river I live so close to in my hometown of Albuquerque, the Rio Grande, which looms large for all of us in the Borderlands. I particularly love Araguz’s “Four Dirges,” which is in conversation with T.S. Eliot’s Four Quartets, where he writes, “Mr. Eliot, before I was born/you wrote about a strong brown god/but what are gods when there is water/in rivers who have nothing to do/with what isn’t already part of them?/If the river is within us, then why/did I fear it killing those I cared for?”

Muse Found in a Colonized Body by Yesenia Montilla

I first opened Yesenia Montilla’s Muse Found in a Colonized Body to a random page and laughed to find myself looking at her poem “Chasing Duende,” which I certainly took as a good omen. If you follow Latinx poetry Twitter at all, you’ll know Montilla’s second collection was incredibly well received by the community and I’d been keen to get my hands on a copy. Montilla’s voice is singular and explosive and she gives us a manifesto against whiteness and the anti-Black colonizer in all their seductive and violent forms, from racism to physical desire. Her Muse poem series is twofold, both unfolding as the title poem in a series revolving around the Afro-Latina speaker and then individual Muse poems such as “To Pimp a Butterfly as Muse” and “Muse Found on Tinder,” where Montilla wields language as a whipsmart and witty weapon.

Once upon a time, I did a stint as a beat sports reporter for a newspaper in northern New Mexico, which since I find both sports and people’s stories fascinating, was a fun learning experience. I even covered a local boxing match, which was sweaty and breathless and weird. I grew up with Johnny Tapia and Danny Romero, boxing is fairly deeply engrained in New Mexican culture, so I was more than intrigued by Eloisa Amezcua’s new collection, Fighting Is Like a Wife, centers the relationship between 1980s boxer Bobby “Schoolboy” Chacon and his first wife, Valorie Ginn. Ginn eventually committed suicide after asking Chacon multiple times to quit boxing and Amezcua writes poems from each point of view. What I found most interesting was how Valerie in the poems becomes more and more a ghostly figure, less substantive, throughout her poems while Chacon is a bit beastly in his desperate and self-centered earthiness. This is definitely a fascinating, haunting collection.

Aline Mello’s More Salt Than Diamond is a beautiful lament of the double life of the immigrant in her new country, in this case the U.S., and how displacement carries over no matter how long you are in a new culture. The longing for the familiar is an incredibly powerful thing, it brings a sense of nothing fitting quite right around you, like too-tight or too-loose clothes. Speaking Portuguese rather than Spanish is another barrier for Mello along with English, but while she writes hungrily for her Brazil, she also creates an ideal new country for us all in her poem “And So Let Us Imagine a New Country”, one without borders and instead where “We will meet where everyone drinks lakes of juice,/sit by blossoms, watch the/sun sink low. The moon returns/and reminds us there is still time.”

In his debut collection, J. Estanislao Lopez writes stirringly about growing up in Texas in a migrant family with the Latinx patriarchal expectations of machismo and heterosexuality locked like shackles around his wrists and also the seemingly small, but reverberating, humiliations immigrant men often endure, such as in “The Contract,” where the speaker’s father completes a day of hard labor on a handshake agreement and the employer refused to pay. Lopez also probes larger topics such as God and faith, the science of space in tandem with nature’s smallest creatures, and the clever tricks and intricacies of language, which Lopez delights in playing with so very adeptly. This is a deceptively quiet collection with its interiority and big concepts but you’ll be surprised many of these poems will stay with you.