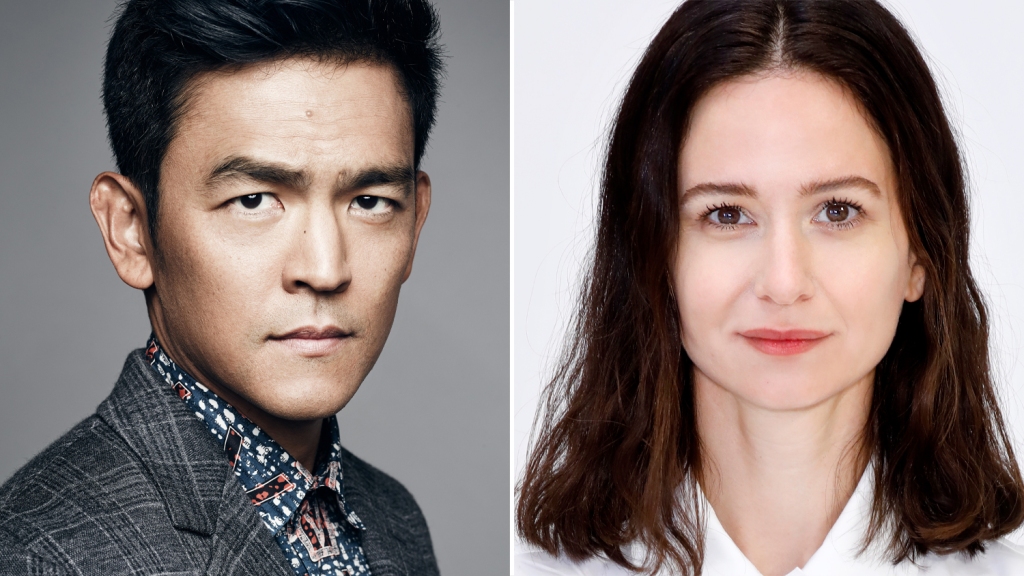 John Cho and Katherine Waterston will headline Sony–Blumhouse-Depth of Field’s They Listen, directed by Chris Weitz. A theatrical release of Aug. 25, 2023 has been set; it’s the only wide release that weekend. You’ll remember the Cho thriller Searching debuted in late summer and was a microbudget hit grossing over $26M stateside, and north of $75M WW off a less than a million production cost.

They Listen reps the eleventh collaboration between Cho and Weitz and the plot is under wraps. Cameras are rolling here in LA.

Cho recently starred in Amazon Studios’ father-daughter dramedy, Don’t Make Me Go, the live action Netflix series, Cowboy Bebop. His work in Searching garnered him an Independent Spirit Award nomination in the category of Best Male Lead. His breakthrough came when he appeared in the teen romance comedy American Pie from Weitz. He’s starred in the recent Star Trek franchise movies as Hikaru Sulu and in the Harold & Kumar movies.

Waterston can be seen in next weekend’s Paramount Damien Chazelle movie Babylon. She stars alongside Sean Penn and in the upcoming Tye Sheridan thriller, Black Flies, and the second season of the HBO series Perry Mason. She starred in the Harry Potter spinoff Fantastic Beasts franchise which has grossed close to $2 billion globally through three movies.

Chris Weitz is known for his work alongside his brother, Paul, co-writing Antz and co-directing American Pie. They went on to adapt and co-direct About a Boy, which earned them an Academy Award nomination for Best Adapted Screenplay.  He went on to direct several other feature films, including the 2007 adaptation of Philip Pullman’s bestselling fantasy novel, The Golden Compass, the second film installment in the Twilight series, New Moon; the 2011 film A Better Life which garnered an Academy Award nomination for its lead actor, Demián Bichir; and Operation Finale, starring Oscar Isaac and Sir Ben Kingsley.  More recently, Weitz has written several feature films, including Cinderella for Disney and Rogue One: A Star Wars Story for Lucasfilm.  Weitz produced Lulu Wang’s critical and box office hit The Farewell. Tom Ford’s directorial debut A Single Man, and the upcoming About My Father starring Robert DeNiro and Sebastian Maniscalco.