Spoilers for Too Hot to Handle season 4 lie ahead.

Too Hot to Handle‘s fourth season was filled with a plethora of drama, shocking twists, and surprising couples that we couldn’t help but root for. In case you’ve somehow avoided the popular reality series so far, Too Hot to Handle brings together a group of “hot singles” from around the world and gives them the chance to win a $200,000 prize. The only catch is that all contestants must refrain from any form of sexual contact. If anyone breaks the all-important rule, they’re issued a fine, which is deducted from the overall prize fund.

Now that the fourth season has come to an end, viewers are desperate to find out if Netflix’s naughty reality hit is returning for season 5. Here’s what we know so far about whether Too Hot to Handle will be back anytime soon.

Has Too Hot to Handle been renewed for season 5?

As of this writing, Netflix has yet to renew or cancel Too Hot to Handle. However, fans of the risqué show need not despair, as the series has historically been renewed a month or two after it has aired. For instance, Netflix confirmed that the show would return for a fourth season around a month after season 3 hit the streaming service. By this rationale, Netflix could announce the show’s potential renewal early in 2023.

It’s also important to note that the second and third seasons of Too Hot to Handle began filming secretly, ahead of an official renewal announcement from Netflix, per Variety. When the show’s renewal was finally confirmed, Netflix’s VP of unscripted and documentary series, Brandon Riegg, told Variety, “Netflix members around the world fell in love with the hilarious antics of season one, and now fans won’t have to wait long to see our new contestants try (and fail) to follow Lana’s strict rules with plenty of twists and surprises along the way.” 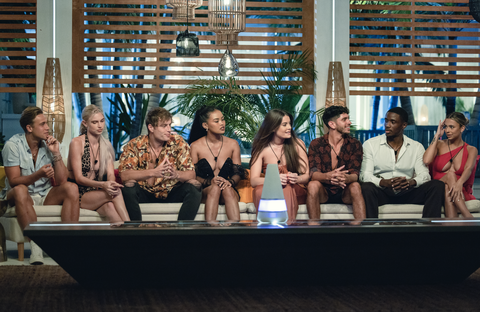 It goes without saying that Too Hot to Handle has been a massive hit since it first launched in April 2020. Laura Gibson, the Creative Director of Talkback Productions, told Deadline, “We needed to come up with something big and noisy. My top line was love doesn’t have to start with a d*ck pic.” Ultimately, Gibson also believed that romantic connections would win out over prize money, as she explained, “When you put young people to the test, does money really matter more than sex?”

What happened in Too Hot to Handle season 4?

Per usual, contestants started the season with a prize fund of $200,000. However, by the season finale, the prize was down to just $89,000 after several members of the group broke Lana’s strict rules about sexual contact. Two couples—Kayla and Seb, and Nick and Jawahir—made it into the final, and their fellow contestants voted for the winners. Nick and Jawahir were victorious, and took home the $89,000 prize. 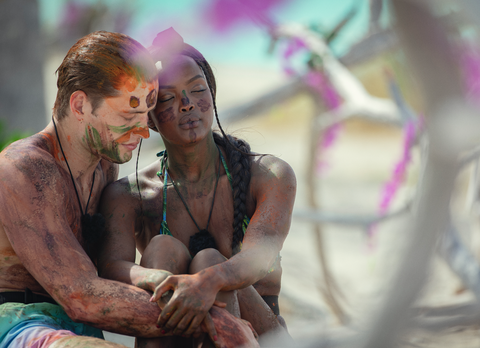 Nick and Jawahir’s relationship status isn’t totally clear following their Too Hot to Handle win. Bustle investigated their romance and noted that both Nick and Jawahir were in Bali, Indonesia in April 2022, after filming had ended. Since then, some Instagram comments between the two have suggested that the pair are still on good terms, although there’s no concrete proof that they’re in a relationship.

It would seem that Nick and Jawahir weren’t the only season 4 couple to continue their romance off-screen, either. According to Cosmopolitan UK, Brittan and James shared matching Instagram Stories suggesting that they were, indeed, still dating. As for Kayla and Seb, the pair has reportedly spent some time together following season 4, but it’s unclear as to whether they’re a couple.

Amy Mackelden is a freelance writer, editor, and disability activist. Her bylines include Harper’s BAZAAR, Nicki Swift, Cosmopolitan, Marie Claire, ELLE, The Independent, Bustle, Healthline, and HelloGiggles. She co-edited The Emma Press Anthology of Illness, and previously spent all of her money on Kylie Cosmetics.

17 of Brendan Fraser’s Best Performances
Beyonce’s Dubai Performance Looked More Like A Royal Extravaganza
My Pregnancy Didn’t Include a Prenatal Glow
How The Last of Us Made Its Zombie Fungus So Much More Real (and Terrifying)
The Seven Deaths of Evelyn Hardcastle: Netflix Cancels Order for Series from Sophie Petzal